The Bible in America: recommended resources

We named many resources for understanding the story of the Bible in America in issue #138. While a few are repeated below, please check out that issue as well.

Some books to help you think about the Bible in America in general include Nathan Hatch, The Democratization of American Christianity (1989); Mark Noll, In the Beginning Was the Word (2015) and America’s Book (2022); Seth Perry, Bible Culture and Authority in the Early United States (2018); and Timothy Larsen, ed., Every Leaf, Line, and Letter: Evangelicals and the Bible from the 1730s to the Present (2021).

Understand Christian education by reading Anne Boylan, Sunday School: The Formation of an American Institution, 1790–1880 (1988); Janet Duitsman Cornelius, Slave Missions and the Black Church in the Antebellum South (1999); and the three-volume Encyclopedia of Christian Education edited by George Thomas Kurian and Mark Lamport (2015).

To find out more about Bible translations, look at Bruce Metzger, Robert Dentan, and Walter Harrelson, The Making of the New Revised Standard Version of the Bible (1991); Peter Thuesen, In Discordance with the Scriptures (1999); Gordon Campbell, Bible: The Story of the King James Version 1611–2011 (2010); Leland Ryken, The Legacy of the King James Bible (2011); and Steven Green, The Bible, the School, and the Constitution (2012). (You can find a number of books on the KJV in CH #100.)

Works from differing perspectives on higher criticism include Harold Lindsell, Battle for the Bible (1976); Jonathan Sheehan, The Enlightenment Bible (2007); Christopher Hays and Christopher Ansberry, eds., Evangelical Faith and the Challenge of Historical Criticism (2013); Michael Lee, The Erosion of Biblical Certainty (2013); and the forthcoming A History of the Quests for the Historical Jesus (2022) by Colin Brown and Craig Evans.

Finally, further readings on some people featured in our gallery include James and Marti Hefley, Uncle Cam (1974); Paul Boyer, When Time Shall Be No More (1992); William Lawrence Svelmoe, A New Vision for Missions: William Cameron Townsend, the Wycliffe Bible Translators, and the Culture of Early Evangelical Faith Missions, 1917–1945 (2008); Kathryn Gray, John Eliot and the Praying Indians of Massachusetts Bay (2013); Gregory Thornbury, Recovering Classic Evangelicalism: Applying the Wisdom and Vision of Carl F. H. Henry (2013); Jamie Janosz, When Others Shuddered: Eight Women Who Refused to Give Up (2014); and Donald Akenson, Exporting the Rapture (2018).

Read these past issues on our website—some are still available for purchase:

• 128: George Müller and the Brethren

Videos on this issue’s topic include Authorized; God’s Outlaw: The Story of William Tyndale; A History of Christian Worship; John Wycliffe; KJB: Book that Changed the World; and KJV: The Making of the King James Bible.

Thousands of sites are devoted to the Bible and Bible study online. Some are mentioned on p. 41. Others include Internet Bible Catalog, which presents basic bibliographical information and cover images for thousands of translations; Hymnary.org, which besides its strictly musical resources also has a wealth of information connecting hymns and worship songs to the Bible; and Common Texts, which has information about and resources connected to the Revised Common Lectionary. Most Bible translations currently in print have their own websites as well.

You can read sermons and writings from preachers and authors in this issue at Christian Classics Ethereal Library, Documenting the American South, Evans Early American Imprints, GospelTruth.net, the Jonathan Edwards Center at Yale, the Internet Archive, and Sermon Index. There is a surprising amount about the Bible and nineteenth-century American Christianity at the Uncle Tom’s Cabin website at the University of Virginia.

Finally, you may enjoy the website of The Saint John’s Bible, a modern project to create a hand-calligraphed edition of the entire Bible.

By the contributors and editors

With this special fortieth-anniversary issue, we are delighted to honor Ken’s memory and celebrate God’s faithfulness by overviewing the whole scope of Christian history in images. 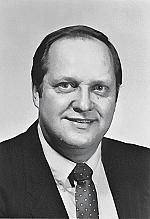 Someone brought a cockroach 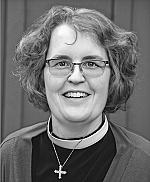