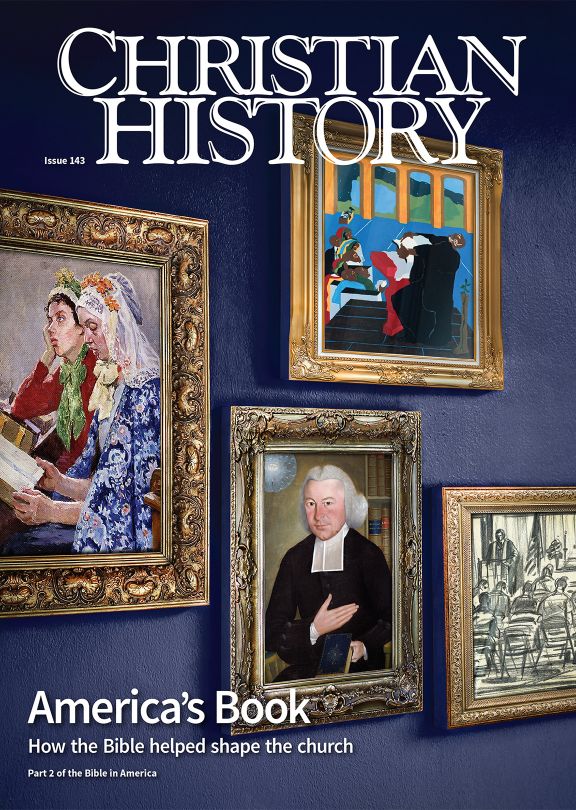 Discover how the Bible shaped the American church, caused conflict, and informed worship and personal devotion in the hearts of American believers. This issue is the second of a two-part series on the Bible in America. Find the first in issue #138: America’s Book: How the Bible helped shape a nation.

How did the Good Book shape the church in the United States? In this the second issue in our two-part series on the Bible in America, dive deeper into the story of the Bible’s influence on American worship and personal devotion. While the first in this series (#138), released in 2021, focused on the Bible in American civic life—the ways the Bible has shaped American politics, literature, moral reform, response to national crisis, and even media and the movies— in this issue you’ll read not only about how the Great Awakenings transformed American society, but about how evangelists used the Bible as they sought converts. You’ll learn not only about Sunday schools bringing literacy and moral reform, but about how students studied and memorized the Word and joined in Bible quizzing. You’ll take a fresh look at hymns and songs based on Scripture texts, theological debates (and even riots) over biblical interpretation, new and old Bible translations, and Bible study in cyberspace. Together, we hope the two issues bring you better clarity regarding the ways Americans have valued, experienced, and defended the B-I-B-L-E.