Issue 124 Faith in the City

Christianity in the cities, Did You Know

We spoke to Katelyn Beaty, editor at large for Christianity Today, on how Christians today interact with their non-Christian neighbors.

Katelyn Beaty and the editors

We spoke to Doug Banister, the pastor of All Souls Church in Knoxville, Tennessee, about how his church does urban ministry.

Doug Banister and the editors 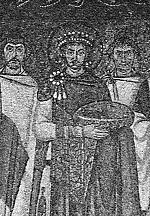 “God has given us the earth as a gift”

We spoke to Jill Sornson Kurtz, a professional architect with a particular interest in designing sustainable buildings for everyday life, on her work as a Christian in the building industry today.

Jill Sornson Kurtz and the editors

Citizens of no mean cities

A tour of the greatest cities of late antiquity 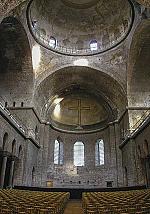 “The transformative love of God in our lives”

Greg Forster is director of the Oikonomia Network at the Center for Transformational Churches, Trinity International University. These reflections on Christians and culture are adapted from a blog series at The Green Room.

Here are some recommendations from CH editorial staff and this issue’s authors to help you understand the early church as an urban movement.