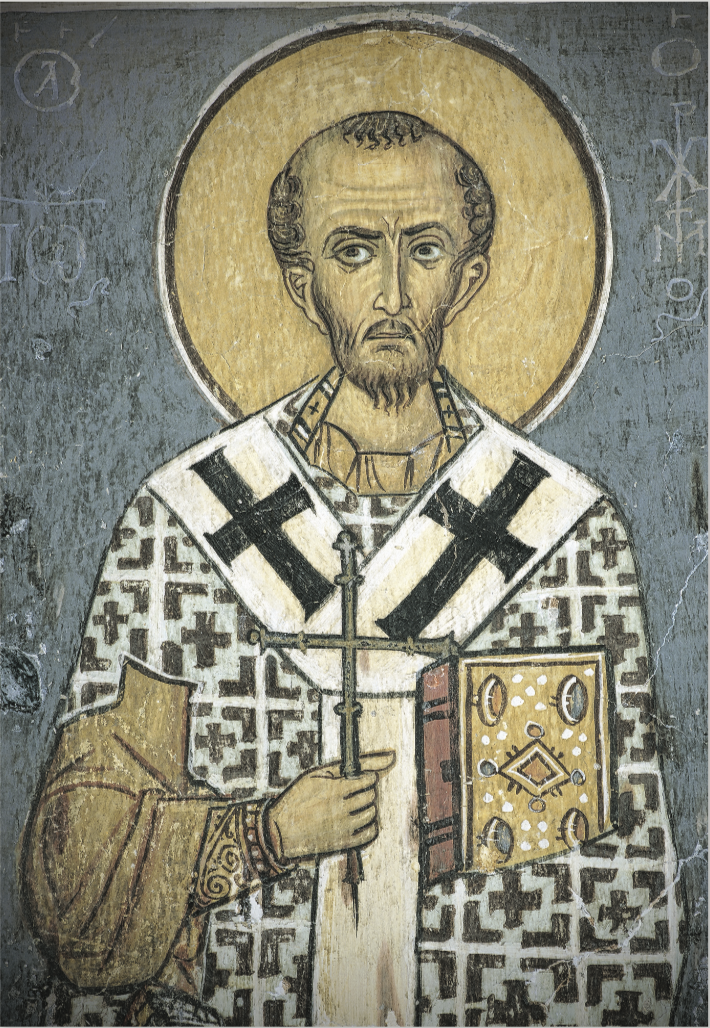 To legitimize their campaign against the Jewish people, Nazis often pointed to the anti-Jewish writings of significant figures in Christian history, among them church father John Chrysostom and Protestant reformer Martin Luther (see p. 28). People held copies of Luther’s 65,000-word treatise The Jews and Their Lies over their heads at Nazi rallies.

Chrysostom (349–407), whose name means “golden-mouthed,” preached at the cathedral in Antioch from 386, when he was ordained as a presbyter, until 397, when he was named the archbishop of Constantinople. Today Catholics, Anglicans, and Lutherans consider him a saint, and the Eastern Orthodox Church and Byzantine Catholics also name him one of the Three Holy Hierarchs.

Chrysostom followed long-standing Christian tradition by interpreting Paul’s teaching as drawing a contrast between Judaic legalism and the message of grace. He preached exegetically on books of the Bible, and his sermons were transcribed and distributed to a wide audience. His emphasis on caring for the needy and decrying the abuses of clerical and political power made him popular; his famous Easter sermon is still read in some churches today.

Early in his time in Antioch, Chrysostom preached a series of sermons called Adversus Judaeos, usually translated as “against the Jews” and sometimes as “against Judaizing Christians.” In this series of eight sermons, Chrysostom urged Antiochene Christians to have nothing to do with the Jewish faith. He denounced those he called “Judaizers,” who attempted to convince Christians to keep the rituals and traditions of Judaism.

He recognized that Christians far outnumbered Jews in late-fourth-century Antioch but felt an insidious cultural influence was at work. In his sermons he spoke of Christians in his community attending Jewish festivals and observing feasts, and women who were drawn to listen to the shofar on Rosh Hashanah. He described an encounter with one woman being dragged into a synagogue by a fellow Christian because “oaths sworn there were more to be feared.”

The intent of the sermons—to keep Antiochene Christians from engaging in Jewish worship—seems clear throughout. In his zeal, however, Chrysostom interpreted Jeremiah 12:7–9 and John 8:19 as proof that God had forsaken the synagogue and allowed it to be turned over to demon worship.

“Certainly it is the time for me to show that demons dwell in the synagogue, not only in the place itself but also in the souls of the Jews,” he proclaimed. And in another place, “If, then, the Jews fail to know the Father, if they crucified the Son, if they thrust off the help of the Spirit, who should not make bold to declare plainly that the synagogue is a dwelling of demons?”

He maintained that the Jews’ poor treatment by the Romans was due to God’s wrath for their part in the Crucifixion; announced that “I hate the Jews, for they have the Law and they insult it”; and called them and their festivals “wicked,” “unclean,” “pitiful,” and “miserable.” Though Chrysostom no doubt used exaggerated rhetoric to make a point, a reader might wonder what happened to Christ’s mandate to “love your enemies.”

Years later Nazis reprinted and distributed these sermons throughout Germany and Austria and used them to fuel anti-Semitic hatred.

Matt Forster, director of admissions and communications at Houston Graduate School of Theology and frequent contributor to Christian History