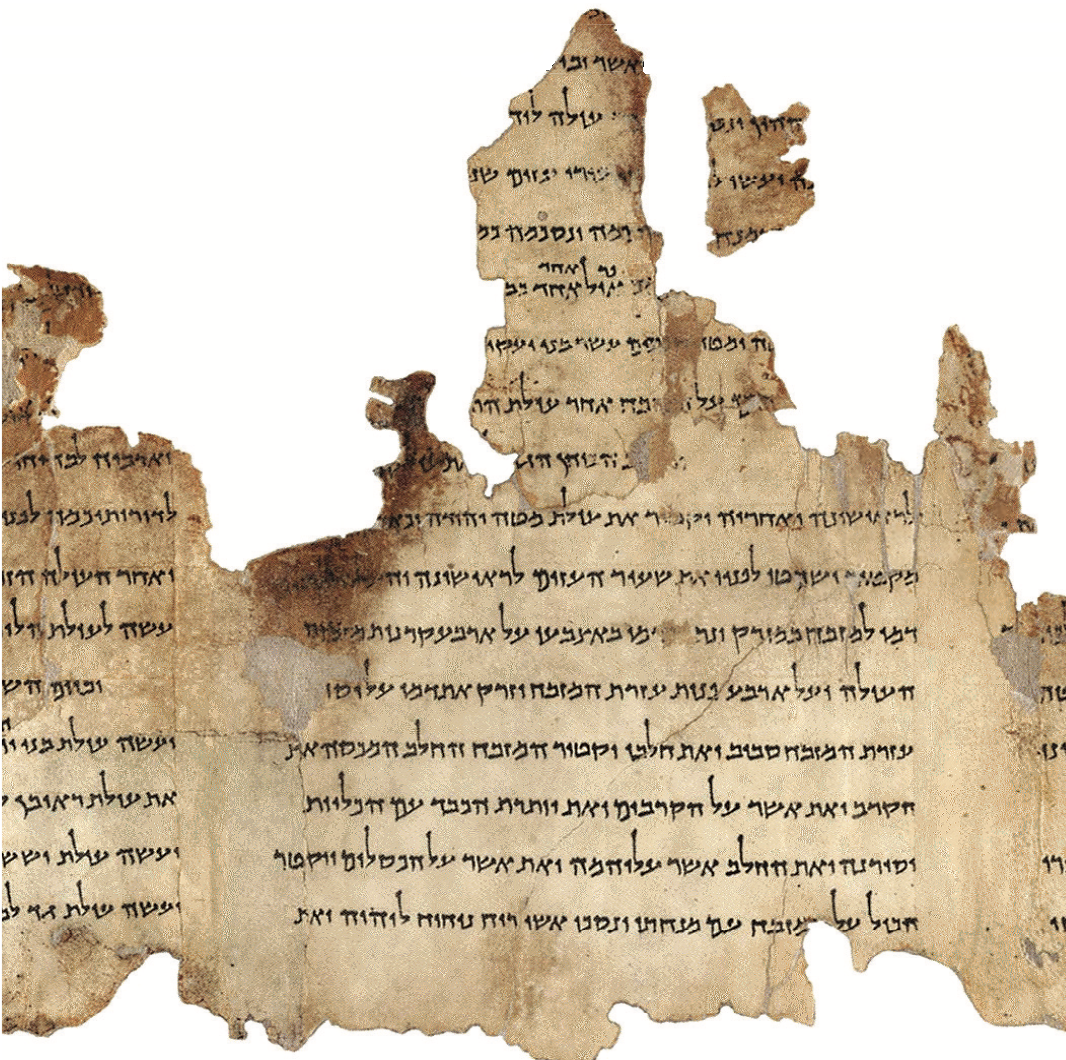 [Portion of a temple scroll in Hebrew—public domain, Wikimedia]

MARK: Mark assumes that its audience is largely Jewish and refers frequently to Jewish religious observances (Sabbath; hand-washing; Passover observance; dietary laws; the Jerusalem temple) without explanation. Mark does not depict any particular ill-will between Jews who follow Jesus and Jews who do not. The word Ioudaioi is used for “Jews” in the religious sense (although most are also Judean in the geographic sense).

MATTHEW: Matthew also repeatedly refers to Jewish practices without stopping to explain them. What Matthew does explain is how various incidents in Jesus’s life accord with Jewish Scripture. Readers are also expected to be familiar with Jewish modes of interpretation and theological reasoning. However, some common verses used by Christian anti-Semites are cherry-picked from Matthew.

LUKE-ACTS: Luke seems to presume a predominantly gentile audience and rarely alludes to Jewish practices without explaining them. In fact Luke is among our richest sources of information about Jewish observance in first-century Roman Palestine! Luke implies a higher degree of tension within Jewish communities around Jesus, and Acts depicts hostility and occasionally even violence.

JOHN: John does not use the religiously restricted range of Ioudaioi found in the synoptic Gospels, but instead applies it as most people used Greek ethnic terms: for all the people of a region or associated with that area, or political representatives or rulers. John uses it not only for Jews in the religious sense, but also for specific subgroups, Judeans as opposed to Samaritans and the Herodian monarchy.

PAUL: Paul declares himself “the apostle to the gentiles.” He sees Jewish law as God-given and expects that Jews, whether Jesus-followers or not, should continue to observe it. However, he is opposed to gentiles following most of it, reasoning that Jesus’s sacrifice was necessary precisely because Jewish law was not for everyone and would not enable gentiles to be incorporated into the “tree of life.”