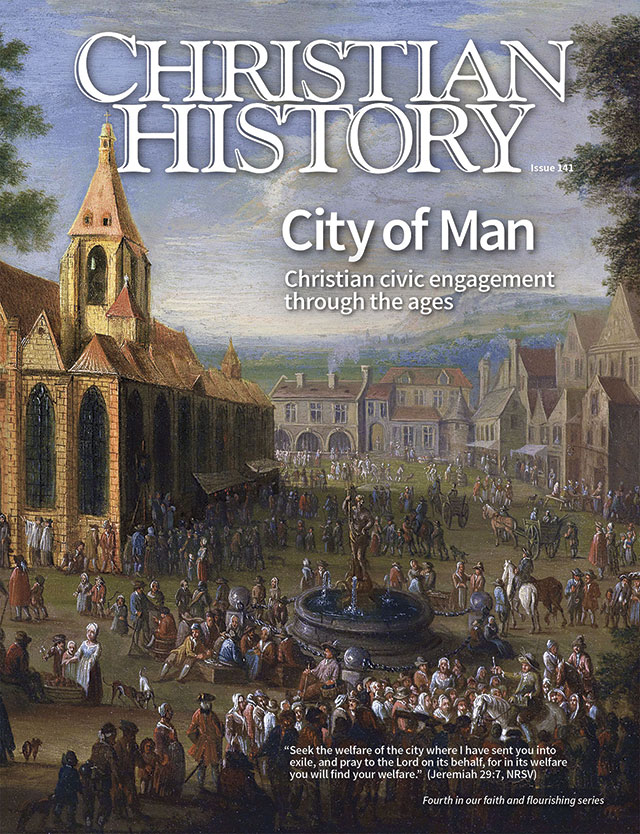 The history of the ​whole church

I have received for some years your wonderful magazine. . . . Do you distinguish between Roman Catholicism and Christianity? If so, what differences do you see?​​—Boyd L. Personett, Spring Mount, PA

I read “Jack at Home” (Christian History #140) from cover to cover. Although I already knew much about him, I learned much more and felt that I really got a deeper and fuller sense of the man. Good work.—Sandra McCann, digital subscriber

This Episcopal priest has been receiving and reading Christian History for many years. No edition has impressed me more than your present edition, “Jack at Home.” I read many of his titles in his early editions. Your selection of authors in this edition was of the highest standards; and considering the guidelines you as editor must follow, the highlights of the life of C. S. Lewis were well chosen—thank you!—Harry T. Harper, Chaptico, MD

You have once again assembled an impressive team of writers to highlight the various aspects of Lewis’s life and times. Complementing that team is your staff who collect and insert the photography and artwork. They always enhance the articles and help to make Christian History the continuing success that it is.

As I have written to you many times before, you are fulfilling an important role in the Kingdom. It is our prayer that God enables you, through the faithful giving of your readers, to continue to publish this outstanding Christian magazine. May He richly bless you!—Tom Edmunds, Washington, NJ

We’re so glad you enjoyed the issue! We loved working on it and getting to know Lewis and his friends and family better.

Lewis, plagues, and the Irish

I thoroughly enjoy Christian History, even when the subject does not initially interest me. I invariably learn something worthwhile. I particularly appreciated the edition on epidemics, and the recent one devoted to C. S. Lewis. . . .

Has there been any research done on the contribution of the early Celtic Christians, not only to the story of our faith, but also to civilization of the West? Years ago I was pointed to the book How the Irish Saved Civilization by Thomas Cahill. It amazed me to discover that the faith community of Conmacloise was considered the center of learning for the known world at the time, drawing students from all corners of Europe.—Margaret Buchanan-Coles, Helensburgh, UK

Take a look at our issue #60 on the birth of Celtic Christianity for more!

A story we missed

Today’s mail brought the new “Jack at Home” issue of CH. Very attractive. But that reminded me that I’ve been meaning to write to you about a serious omission in your higher education issue. . . .

The only reference to the education of American Blacks was in reference to Oberlin and to Berea [with] no mention of the role that various Christian home-mission agencies in North America and other church groups played in the founding of many historically Black colleges and universities (HBCUs): Morehouse and Spellman, Howard, Fisk, and more. These schools did a lot more for the education of African Americans than Oberlin.

Early HBCUs fall into two groups: those that focused on vocational training for formerly enslaved people (Tuskegee is one such) and those that had a dual focus on training people for the ministry and training teachers to spread literacy among the formerly enslaved (Howard, Morehouse, Fisk, etc.). To most White Christians, the HBCUs are a hidden part of America’s Christian history. But they are a vital part.—David Neff, Baltimore, MD

Thanks for this correction and excellent suggestion. HBCUs and their founders definitely present a topic to cover in a future issue on education.

And love for Chuck

I greatly enjoyed your issue about C. S. Lewis and those who knew him. Having subscribed to your magazine for several years, I think this is one of your best. . . .

My purpose in writing you is to suggest that you do a similar issue on Charles Colson. I was a member of Congress from Virginia for 34 years. Chuck lived in my congressional district in Virginia, and I also visited with him and his wife, Patty, after he moved to Florida. Chuck was a mentor to me, and I would often call him when I had tough votes in Congress or needed wisdom on difficult issues. . . . Because of his Christian faith, Chuck wrote about history, was part of history, and had a big impact on many people both inside and outside of government.—Frank Wolf, Vienna, VA

Doing issues on twentieth-century figures can get tricky, but Colson has definitely been influential on modern Christianity and modern politics. We have added him to our list of potential subjects!

I’m writing to compliment you on your Christmas card you sent to your mailing list. . . . It is the picture that is so breathtaking and so relevant. It shows the manger in the foreground, with the 3 crosses on the right, some distance away in a glow of light, standing on a hill. . . . It stands to speak the greatest sermon ever preached to the recipient who will “take it all in.”. . .

My pittance of an offering may not seem like much, but I pray that God will increase its use once it is in your hands. I proudly display your card in front of the others I receive during this season, because your card says it all.—Marilyn Kirk, Leesburg, VA

Thank you so much for these kind words!

. . . And preaching another sermon

I continue to thoroughly enjoy Christian History. It provides much background for sermon preparation and illustration. I also appreciate access to your filmed materials for deeper study of faith issues.—David S. Rudd, Lacona, NY

I LOVE your magazine. . . . I own EVERY ONE of them and look forward to the arrival of each magazine. I’m sure you have your topics mapped out for the next couple of years, but I thought I’d make a suggestion anyway. I find the more current (twentieth-century) issues interesting and informative (Lewis, E. Stanley Jones), but I miss the REALLY early church history topics or individuals (the early church fathers, the apologists, Polycarp, Irenaeus, Clement, Ignatius, Anselm).—Randy Evans, Largo, FL

We do try to hit all eras of church history, but it’s true we’ve not focused solely on the early church since #124 on early Christianity’s spread through cities (2017). Many of our readers relate to more contemporary stories, sometimes with strong personal connections, and our topical issues often cover the full history of the church (such as #141 and this one)—but we will look to visit the early church more fully as soon as possible.

The image of Peter Storey and Desmond Tutu on p. 45 of issue 141 should have been credited to Greg Marinovich and is copyrighted by him, all rights reserved.

By CH readers and editors 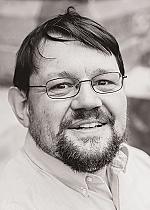 Sometimes people are only healed when they are finally at rest in the arms of Jesus. 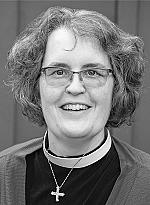 The rise, retreat, and renewal of divine healing in Christian history