It Happened on JULY 28

GUDINA TUMSA’S FAITH DID NOT PERMIT HIM TO FLEE 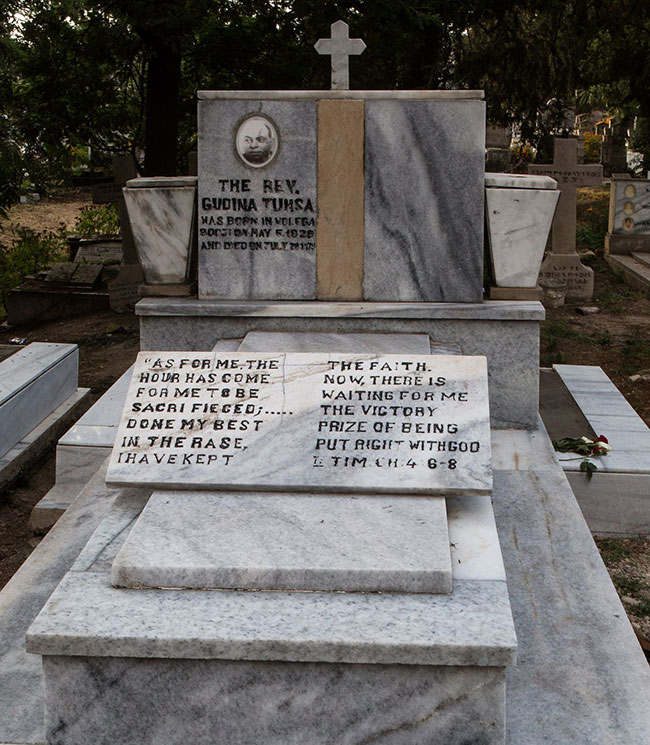 IN 1978, Ethiopia’s Marxist Derg regime arrested church leader Gudina Tumsa and interrogated him for a month before releasing him. In June 1979, they arrested him again, and held him for three weeks, threatening torture. He said torture would make no difference: He had to speak truth. Friends arranged asylum for him in Tanzania. Gudina* replied, “How can I, as a church leader, leave my flock at this moment of trial? I have again and again pleaded with my pastors to stay on.” He quoted 2 Corinthians 5:15: “Christ died for all that those who live should no longer live for themselves but for him who died for them and was raised again.”

An Oromo (Western Ethiopian), Gudina evangelized in his homeland. He began his studies of theology at the Swedish Evangelical Mission. Later, he deepened his understanding at Luther Seminary in St. Paul, Minnesota, in 1963 through 1965. By the time he went to Minnesota, he was married to Tsehay Tolessa, an evangelist in her own right.

Gudina became internationally-known for the Ethiopian theology he developed. His holistic theology addressed both the physical and the spiritual needs of his people. He stressed the importance of holy living; of participation in, and suffering with, Christ; and of the interdependence of the entire world church. He also pondered when the church should, and should not, resist tyrants.

Ethiopian Marxists overthrew Emperor Haile Selassie. They viewed life through secular eyes and distrusted the church. Because Gudina was General Secretary of the Ethiopian Evangelical Church Mekane Yesus, they kept him in their sights. Gudina was at the forefront of an ecumenical alliance, the Council for Cooperation of Churches in Ethiopia, and served as its first chairman. In face of political persecution, he knew churches needed a united voice. Although the Derg claimed they wanted church unity, they did not approve Gudina’s version.

On this day, 28 July 1979, Marxist Dergs seized Gudina for a third time as he headed home from teaching a Bible study. For years no one knew what had become of him. Not until after the Derg regime fell in 1991 did a soldier reveal that the captors had strangled Gudina the night of his arrest. The soldier led inquirers to Gudina’s burial site. Friends exhumed the body, verified it was his, and gave him a funeral the following year.

Because of Gudina’s profound theology and the parallels between his experience and Dietrich Bonhoeffer’s, he is sometimes known as “the Ethiopian Bonhoeffer.”

Meanwhile Tsehay suffered even worse at the hands of the Derg.† They held her in disgusting prison conditions and tortured her again and again over the course of a decade. She survived to live to be eighty-four. She often scooted herself around on the floor because standing and walking was painful for her.

* Ethiopians take their father’s names as surnames, so it is more appropriate to call them by their given names than by their surnames.

† Tsehay's story is told at our sister site, Captive Faith. TSEHAY TOLESSA (D. 2014) ENDURED A DECADE OF TORTURE IN ETHIOPIA