Issue 95 The Gospel According to J.S. Bach 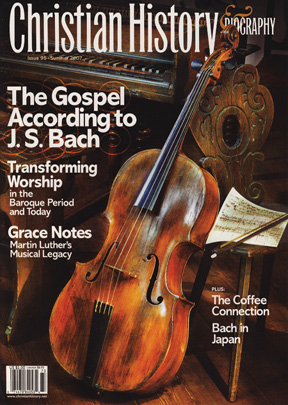 Bach, did you know?

Bach’s music continues to have an impact

To the Glory of God Alone

Fueled by his Lutheran faith, J. S. Bach devoted his life to creating music for refreshment, proclamation, and praise

Singing the Word of God

What Language Shall I Borrow?

When Bach wanted to express the depths of Christ's suffering, he used the words and melodies of well-known hymns

As part of his century's lengthy worship services, Bach's music reinforced and deepened the proclamation of the Word

With the help of conductor Masaaki Suzuki, Bach's music is bringing the message of Christian hope to a secular nation