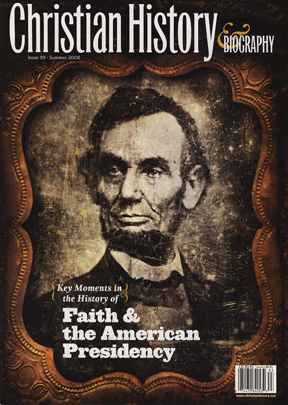 “The Most Democratic Book in the World”

In his 1796 Farewell Address, George Washington argued that religion and morality were essential pillars of the new republic

The Wall of Separation

War and the Will of God

We Shall Answer to God

Every elected president has referred to God, providence, or a "higher power," in an inaugural address

Looking Back and Moving Forward

Christian History & Biography magazine has come to an end. But our commitment to making history come alive for a new generation continues