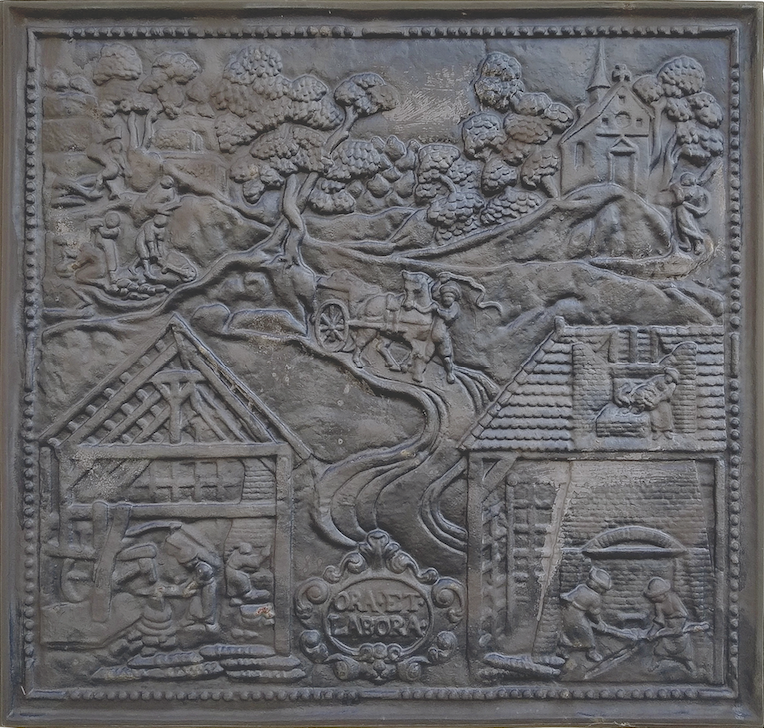 Let all guests that happen to come be received as Christ, because He is going to say: “A Guest was I and ye received Me” [Matthew 25:35]. And let suitable honor be shown to them all, especially to those who are of the household of the faith and to strangers. . . . Whenever guests arrive or depart, let Christ be adored in them—for Him indeed we receive in them—by bowing of the head or by full prostration. And when the guests have been received let them be taken to pray and then let the superior, or whomsoever he shall have appointed, sit with them. Let the divine law be read in the presence of a guest, that he may be edified; and after this let all courtesy be shown him.

For hospitality’s sake the superior may break his fast, unless by chance it be a fast-day of obligation, which cannot be violated: but let the brethren continue to observe their custom of fasting. Let the abbot serve water for the guests’ hands; and let both the abbot and also the whole community wash all the guests’ feet: and the washing finished let them say this versicle: “We have received Thy mercy, O God, in the midst of Thy temple.”

And above all let care be scrupulously shown in receiving the poor and strangers; for in them specially is Christ received. (Chapter 56)

Let there be an abbot’s and guests’ kitchen apart by itself, that guests arriving at unexpected times—and no monastery lacks guests—may not disturb the brethren’s quiet. To this kitchen let two brethren who are well able to do the work be appointed for the year. . . . Let some brother whose soul the fear of God possesses have a guest chamber assigned him and there let beds be prepared in sufficient number; and let the house of God be wisely conducted by wise men.

Let the abbot’s table always be with the guests and strangers. (Chapter 56)

Let there be stationed at the monastery gate a wise and elderly monk who knows how to receive an answer and to give one and whose ripeness of years does not suffer him to wander about. This porter ought to have his cell close to the gate so that those who come may always find someone there from whom they can get an answer.

And as soon as anyone shall have knocked, or any beggar have called out, let him answer “Thanks be to God” or bid him Godspeed; and with the gentleness of the God-fearing and with fervent charity let him make speed to answer. . . . Yet the monastery ought to be so organized, if it can possibly be done, that all necessaries, that is, water, a mill-house, a garden, and various crafts may be forthcoming within the monastery, so that there may be no necessity for the monks to go beyond the gates, because that is by no means expedient for their souls. (Chapter 66)

—From The Rule of St. Benedict: Translated into English by W. K. Lowther Clarke (1931), spelling modernized

—From The Rule of St. Benedict: Translated into English by W. K. Lowther Clarke (1931), spelling modernized