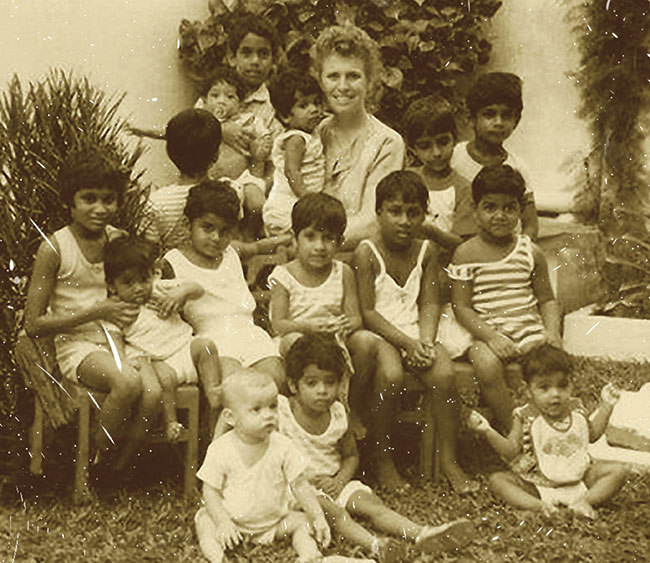 In 374 Ambrose (c. 340–397) became bishop of Milan, an appointment made in part due to his theological commitment to orthodox Nicene Christianity during Arianism’s controversial rise. Augustine (354–430) was a young teacher of rhetoric and struggling with faith when he first heard the bishop speak. He noted in his spiritual autobiography, Confessions: “So I came to Milan and to Bishop Ambrose, who was known throughout the world as one of the best of men. . . . Unknowingly I was led by you [i.e., God] to him, so that through him I might be led, knowingly, to you.”

Interested in rhetoric, Augustine appreciated Ambrose’s preaching and desired to learn from his speaking style rather than from his religious ideas. He recalled,

This man of God welcomed me with fatherly kindness and showed the charitable concern for my pilgrimage that befitted a bishop. I began to feel affection for him, not at first as a teacher of truth, for that I had given up hope of finding in your [God’s] Church, but simply as a man who was kind to me.

The more Augustine listened to the meaning behind Ambrose’s words, however, the more the younger man found his interest in Christianity growing. For instance when Ambrose explained a difficult Old Testament passage figuratively instead of literally (as Augustine had been reading it), Augustine’s frustration with Scripture began to give way to curiosity.

Augustine came to orthodox faith through hearing a child say, “Pick it up and read!” in the garden of his house; one year later Ambrose baptized him on April 24, 387, in Milan. Ambrose guided Augustine through intense preparation leading up to his baptism throughout the whole season of Lent, including daily instructions and various rites. A colleague wrote of Ambrose’s care for the baptismal candidates: “Ambrose used to do so much for the [applicants for baptism] as scarcely five bishops could do after his death.” Augustine’s son Adeodatus was baptized with him, as was his friend Alypius who had been with him at his conversion.

A relationship that had started when a young teacher desired to learn from a master rhetorician, Augustine and Ambrose’s friendship now evolved into spiritual brotherhood. Augustine himself became first a priest and then a bishop before his mentor’s death—and eventually one of the most famous theologians in the history of Christianity.

More than 800 years ago, a rich man who had been called by God to embrace a poor man’s existence walked the Italian countryside. He quickly attracted a group of men who dedicated their lives to poverty, chastity, and obedience as they preached repentance and celebrated the life of Christ.

Francis of Assisi (c. 1181–1226) was born into a wealthy Italian family and for years lived a lavish lifestyle courtesy of his father. But he slowly heeded God’s call on his life and in 1208 devoted himself to a life of poverty. He began itinerant preaching and was soon joined by Bernard of Quintavalle, a local magnate, and Peter of Cattaneo from the local cathedral’s staff. The traditional story tells that these three went into the Church of St. Nicholas and repeatedly opened the Gospel book there to seek God’s will, finding that every time it opened to passages where Jesus asked his followers to give everything up for him.

As Francis gathered more followers, the “brothers” lived in an abandoned leper colony near Assisi, but they mostly traveled the surrounding areas to preach repentance. Drawn up for his early followers, Francis’s first rule was the regula primitive or “primitive rule”: “To follow the teachings of our Lord Jesus Christ and to walk in his footsteps.”

Instead of following one of the existing monastic orders—many of which had become corrupt and wealthy—Francis desired only to live the way Christ and his apostles lived: in poverty, by obedience, and with chastity. Francis and the brothers went to Rome to ask Pope Innocent III if they could become a religious order, and their request was granted in 1210. Soon the Franciscan Order that had begun with these 12 poverty-embracing men spread to include a women’s order (called Poor Ladies or Poor Clares) and a lay order (called the Third Order).

Francis and his 11 echoed Jesus and his apostles, buoyed by Christian fellowship and devotion. Today all three Franciscan orders continue in mission and faith worldwide.

In August of 1534, a group of seven friends, all students at the University of Paris, traveled to a church outside the city. Here the group, led by Íñigo (Ignatius) López de Loyola (1491–1556), descended the stairs to the basement and made their way to the cold crypt. There Ignatius, Francisco Xavier (1506–1552), Peter Faber (1506–1546), Salmeron, Diego Laínez, Nicolás Bobadilla, and Simão Rodrigues together pronounced religious vows of poverty, chastity, and obedience. They called themselves “Friends in the Lord” (translated into Latin as Societas Iesu) and considered one another to be brothers “placed together in Christ.”

The group of seven friends went to Italy in 1537 to seek approval for their new order from Pope Paul II, who permitted their ordination as priests. In 1540, under Pope Paul III, the Society of Jesus—as it was commonly known—was declared an official religious order of the Roman Catholic Church. After this declaration the new order decided to concentrate on three points of mission: (1) to create schools throughout Europe focusing on classical studies and theology; (2) to send missionaries to unreached parts of the world (including modern-day Paraguay, Japan, Ontario, and Ethiopia); and (3) to stop the spread of Protestantism. Although the Jesuits were concerned with maintaining apostolic order in Rome, they also recognized the truth of Protestantism’s complaint that Catholicism had its fill of corrupt leaders practicing lukewarm spirituality. To this end Ignatius wanted his clergy to be both well-learned and to have true conversions of the heart—assisted by silent retreats, meditation on the life of Christ, and spiritual mentorship.

His original document organizing the society addressed “whoever desires to serve as a soldier of God beneath the banner of the Cross in our Society,” and it reminded the priests and brothers who joined that they were members of “a Society founded chiefly for . . . the defense and propagation of the faith and for the progress of souls in Christian life and doctrine.” Today over 16,000 Jesuits are involved in such ministries around the world.

The group met every other week in a pub; after tea and prayer, the men would take three hours to discuss a topic decided at the previous meeting. From pastoral care to biblical exposition to questions of how Paul would have preached in the London of their day, the Eclectic Group’s discussions changed the way they ministered in their communities.

As these influential and devout men met throughout the years, the topic of international missions regularly cropped up. In 1799 the group posed this discussion question: “What methods can we use more effectually to promote the knowledge of the Gospel among the Heathen?” In response they created the Church Missionary Society for Africa and the East on April 12, 1799. The name later changed to the Church Mission Society (CMS).

CMS sent its first missionaries to West Africa in 1804, and it continues to exist today as a mission-sending organization out of Oxford, England, with missionaries serving across Africa, Asia, South America, the Middle East, and Europe. Their innovative answer to their own question—How can we spread the gospel to the world?—resulted in the message of Christ reaching 40 countries by some 200 years later.

The modern American mission movement did not start in a church or a seminary, and it did not begin among pastors or even college graduates. Instead the movement started in a rural field where a few young, devout friends joined to pray for the spiritual needs of Asia.

In August 1806 five Williams College students—Samuel Mills, James Richards, Francis LeBaron Robbins, Harvey Loomis, and Byram Green—met in Williamstown, Massachusetts, to pray and discuss how to reach Asia for Christ. Up to this point, Americans had only sent missionaries domestically to the western frontier and to work among Native Americans. As the friends discussed Christian missions, a thunderstorm struck, and they rushed to seek shelter under a haystack. A later author wrote:

The brevity of the shower, the strangeness of the place of refuge, and the peculiarity of their topic of prayer and conference all took hold of their imaginations and their memories.

By 1808 this haystack prayer group and other Williams students had begun a mission organization called The Brethren. Together they formed the American Board of Commissioners for Foreign Missions (ABCFM) in 1810. By 1812 the ABCFM sent its first missionaries to India; Adoniram Judson (1788–1850) and Ann Judson (1789–1826) were among the missionaries in the inaugural group (see CH #90).

In the first 50 years of its history, the ABCFM sent out 1,250 missionaries who translated the Bible into local languages, built educational systems, and even advised foreign governments. Although it no longer exists by the same name, it merged its operations with other extant mission organizations in the twentieth and also influenced other evangelistic groups such as InterVarsity Christian Fellowship. It is a humbling reminder that a worldwide movement could grow out of the spiritual passion of five young friends taking cover from a thunderstorm.

After years of serving in Ireland, Belfast, and England, 28-year-old Amy Carmichael (1867–1951) arrived in India to serve as a missionary in 1895. Carmichael lived with the Walkers, a missionary family; she soon adopted indigenous dress and quickly went to work beside the Walkers’ daughter and a group of Christian Indian women.

These women—called the Starry Cluster—traveled throughout the villages in the southern tip of India to minister to those in need. They held Daniel 12:3 closely and took their name from it: “Those who are wise will shine like the brightness of the heavens, and those who lead many to righteousness, like the stars for ever and ever.” Many were high caste and abandoned their caste to be baptized and join this group of Christian friends. We know some only by the English names Amy gave them in her letters, such as Jewel of Victory (her first convert), Blessing, and Pearl. Her closest friend became Ponnammal, a young high-caste Indian widow.

In their travels during 1901, Carmichael met Preena, a seven-year-old Hindu temple prostitute who had repeatedly run away from her captors. Disgusted and moved by Preena’s description of her abuse, Carmichael and the Starry Cluster created a home in the village of Dohnavur to house young orphans, some of whom had been subjected to the evils of temple prostitution. Five years after Carmichael first rescued Preena, they were caring for 15 babies, and the Dohnavur “family” included 70 people in total.

Carmichael and the Starry Cluster dedicated their lives to these abandoned Indian children, all while refusing to ask for money (she insisted on only praying for their resources; see CH #128). It was hard, often thankless work, and they faced many trials, including great pressure from temple priests. But Carmichael and the Starry Cluster were dedicated to their children, their mission, and their Lord. Due to their perseverance and faith, the Dohnavur Fellowship continues its work with orphans in India to this day.

In her book If, Carmichael wrote:

If by doing some work which the undiscerning consider “not spiritual work” I can best help others, and I inwardly rebel, thinking it is the spiritual for which I crave, when in truth it is the interesting and exciting, then I know nothing of Calvary love. CH