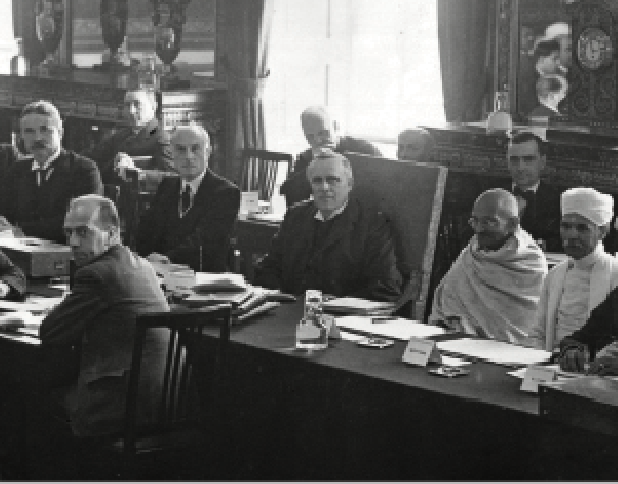 As we sit around in a circle we suggest to them that we take a new approach to religion—new when we think of the ordinary approaches in common use. We suggest that we have had the controversial, the comparative, and the dogmatic approaches to religion. There is another approach possible. Let us come at it by the method more closely akin to the scientific method. . . . Experimentation. Verification and Sharing of Results.

I suggest to them that we try this method. We are all religious men, some more and some less, and we have all been experimenting with this matter of religion over a number of years. We have tried it as a working hypothesis of life. As we face the problems of life—its joys and its sorrows, its perplexities and its pains, the demands of duty, the moral struggle with sin and evil, the upward call to higher life, the desire to help our fellow men and to be of use, the craving for God and for redemption—what has religion brought to us? . . . What have we and what are we verifying as true in experience? Will you share with us the results of your verification?

We suggest, therefore, that no one argue, no one try to make a case, no one talk abstractly, and no one merely discuss religion, but that we simply share what religion is meaning to us as experience. We can almost hear the inward gasp that goes on in the souls of the group when we suggest this. We assure them that we recognize that this is not easy to do, that it is not easy to put into words what one realizes in these deepest moments of life, so that we do not want anyone to feel that he has to speak, that if he so desires he may simply ask to be excused when his turn comes.

We also suggest that we do not want them to feel that the friendliness of this atmosphere must cause them to iron out differences, or to put it in other words, to reduce everything to a least common denominator. . . .

I have noted the change that comes over the group in the first ten minutes. Many have come fortified and ready to enter a battle of wits and to uphold their religious system against all comers. But immediately the atmosphere changes, a deep seriousness comes over them, for here the battle drops to levels deeper than a mere battle of words or of ideas—drops down to where we meet life—we are at grips with life.

Others who have come languid at the thought of further verbal controversy or long lectures are immediately galvanized into attention and interest, for here is something different—religion is to speak out of life. Has it any adequate answer to give to life? Or is it a series of mental and social left-overs, out of touch with life and its meaning, and contributing little to its solution? We were to report results of the Great Experiment, we were to tell of verification, if any: deep was to speak to deep.

I must confess that I never approach these Round Tables without feeling my heart beat a little faster, for here before us sit members of the most religiously inclined race of the world, men who belong to a people who have persistently searched for God and reality, as no other people on earth have searched; sons of a philosophical and cultural past that stretched back millenniums before Europe awoke from barbarity. What answer would they bring from that hoary past and this heaving present? Would it be an adequate one?

And we Christians who came with what we call a gospel—would it sound like a gospel here? When we had stripped our religious life of overgrown verbiage, how much fact would we have left? Would our gospel ring true to reality? Would it move amid these problems of life with assured poise and conscious power? Would it face life and answer it? Was our gospel a broken light from God, illuminating patches and portions of life but leaving life as a whole unilluminated? Or was it God’s adequate answer to man’s need—intellectual, moral, spiritual, social?