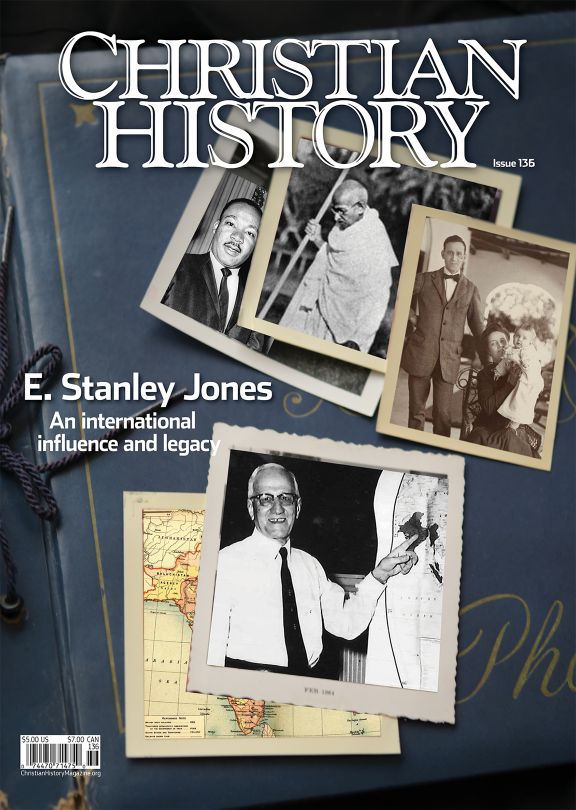 Discover the modern world’s most famous missionary that you may have never even heard of: E. Stanley Jones. When E. Stanley and Mabel Lossing Jones set out for India, their witness changed the world. Read more in this next issue of Christian History.

Who was the world’s most famous missionary in 1938? The answer may surprise you - his name was E. Stanley Jones. Like many other people in the early 20th century, E. Stanley and Mabel Lossing Jones set out to be missionaries. But in India, they learned more deeply that the gospel of Jesus Christ transcended the trappings of the Western culture they knew. From that insight grew all the organizations and movements Stanley Jones founded and the friendships he maintained; which made him, quite simply, the most famous missionary in the world for many years. And alongside this grew Mabel’s quieter but no less revolutionary activities as an educator—activities now finally getting the attention they deserve. Read about them both in the next issue of Christian History.