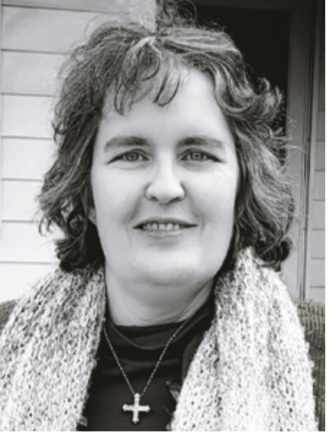 This is the second editor’s letter I have written you for this issue of Christian History on Christian-Jewish relations. Let me explain why.

I began the first letter, as I usually do, around the time articles began to come in. I wanted to tell you an engaging story about how this issue came to be, and give you a preview of some of the stories and people you would meet on the coming pages. Christian History readers have long requested such an issue; shortly after 9/11, CH published an issue on Christian-Muslim relations, and turning the same sort of spotlight on the historical relationship of Christians and Jews was long overdue.

And so I talked about how my husband Edwin and I got cast in a local production of The Merchant of Venice by Shakespeare. Quite unexpectedly we played two of the leading roles, the noblewoman Portia and her husband, Bassanio—who causes his best friend, Antonio, to become indebted to Jewish moneylender Shylock. I explained how wonderful it was to deliver one of Shakespeare’s greatest speeches, “The quality of mercy is not strained. . . .” But, I noted, it was also a difficult speech, because I had to deliver it to a resistant Shylock. Shylock is undoubtedly the play’s antagonist, and he is terribly unmerciful, demanding a pound of Antonio’s flesh. He argues, however, that it is partly Christians who made him so:

Harsh words, but they were only the beginning. We had recruited a strong lineup of authors—both Jewish and gentile—and looked forward to exploring the topic. But as articles arrived and I began to edit them, I was confronted with the hardest story Christian History has ever had to tell. It is a story I had known little about, and it is not a pleasant one.

First I learned how, over the years since Christianity became the faith of the Roman Empire, Christians had confined Jews to certain occupations, accused them of horrible murders, imprisoned them in ghettos, made them wear distinctive clothing, burned them at the stake, killed them in the Crusades, and ultimately collaborated in the Holocaust. But that was not the hardest part. We have needed before to tell those kinds of stories, though perhaps not quite so many all together.

More troubling to me was that Christians had justified these atrocities in part through claims which I myself, unquestioningly, held as basic Christian doctrine—that the church replaced Israel, that the New Testament completed the Old, and that I could adopt Old Testament metaphors and promises without any regard for the people to whom they had originally been made. Some of the articles shook me to the core. Eventually, confronted with the interview that ends our issue, I wept. I remain convinced that the Old Testament prophesies the coming of Christ. But I will be forever changed by what I have read in these pages.

So I wrote you a new letter about my struggles. And I will end it by saying that two things still haunt me. One is Romans 11:17–18, where Paul reminds those of us who are gentiles that we are ultimately branches grafted into God’s olive tree. The other is Portia’s words, Shakespeare’s words, my words, turned away from Shylock back onto my own head:

Though justice be thy plea, consider this,

That, in the course of justice, none of us

Should see salvation: we do pray for mercy,

And that same prayer doth teach us

The deeds of mercy.