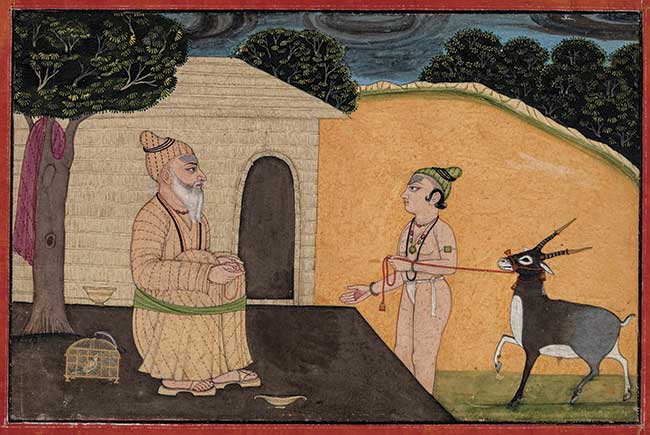 After over eight years continuously in India in various types of missionary work, ranging from pastor of an English church, head of a publishing house, missionary to the villages, district superintendent of large areas, I felt strangely drawn to work among the educated high castes, the intelligentsia. As a mission we were doing very little indeed among them. We had taken the line of least resistance and nearly all our work was among the low castes. Along with my regular work I had started a Bible class and study group at an Indian club house where leading Hindus and Mohammedans gathered. After tennis in the evenings we would sit together until darkness fell and study the New Testament and discuss spiritual matters.

One day one of the leading government officials, a Hindu, remarked, “How long has this mission been in this city?” I told him about fifty years. He asked very pointedly: “Then why have you gone only to the low castes? Why haven’t you come to us?” I replied that I supposed it was because we thought they did not want us. He replied: “It is a mistake. We want you if you will come in the right way.” . . .

But who was sufficient for these things? For it meant standing down amid the currents of thought and national movements sweeping over India and interpreting Christ to the situation. I was painfully conscious that I was not intellectually prepared for it. I was the more painfully conscious that I was not Christian enough to do what the situation demanded. And most depressing of all, I was physically broken.

Life and peace and rest

[Jones took a year’s furlough, but on his return to India he found it did not help.] Unless I got help from somewhere I would have to give up my missionary career, go back to America, and go to work on a farm to try to regain my health. It was one of my darkest hours.

At that time I was in a meeting at Lucknow. While in prayer, not particularly thinking about myself, a Voice seemed to say, “Are you yourself ready for this work to which I have called you?” I replied: “No, Lord, I am done for. I have reached the end of my rope.” The Voice replied, “If you will turn that over to me and not worry about it, I will take care of it.” I quickly answered, “Lord, I close the bargain right here.”

A great peace settled into my heart and pervaded me. I knew it was done! Life—abundant Life—had taken possession of me. I was so lifted up that I scarcely touched the road as I quietly walked home that night. Every inch was holy ground. For days after that I hardly knew I had a body. I went through the days, working all day and far into the night, and came down to bedtime wondering why in the world I should ever go to bed at all, for there was not the slightest trace of tiredness of any kind. I seemed possessed by Life and Peace and Rest—by Christ himself. . . .

Nine of the most strenuous years of my life have gone by since then, and the old trouble has never returned, and I have never had such health. But it was more than a physical Touch. I seemed to have tapped new Life for body, mind, and spirit. Life was on a permanently higher level. And I had done nothing but take it! I suppose that this experience can be picked to pieces psychologically and explained. It does not matter. Life is bigger than processes and overflows them. Christ to me had become Life. Apart from this Touch, I question if I would have had the courage to answer the call to work among these leaders of India’s thought and life. It was too big and too exacting. But here I saw my Resources. And they have not failed. —From The Christ of the Indian Road ©1925 Abingdon Press, used by permission. All rights reserved.

Jones used ashrams to bring Christ to the Indian context