It Happened on SEPTEMBER 25 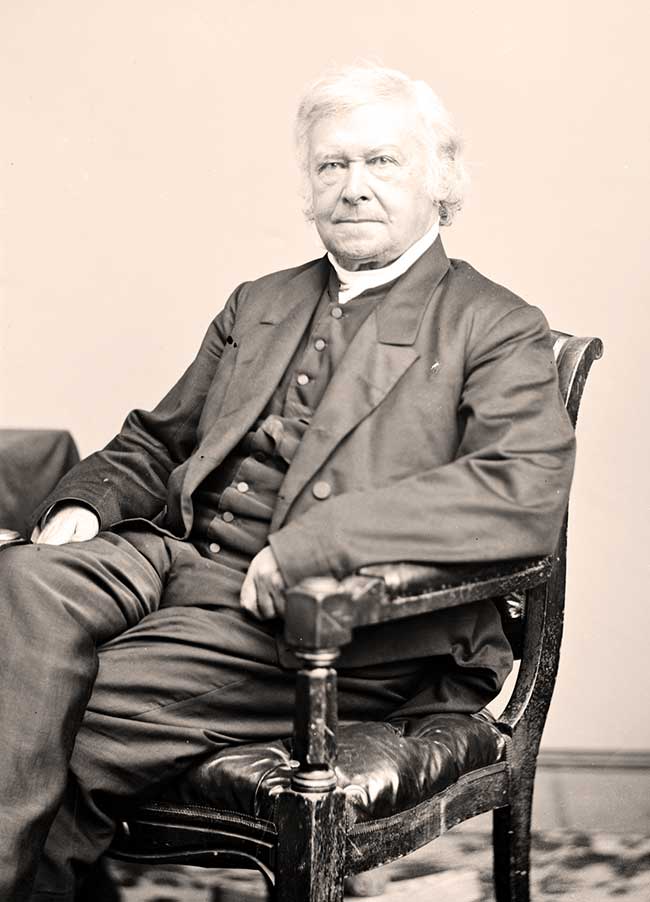 Jackson Kemper was keenly interested in carrying the gospel of Christ west of the Allegheny mountains and of organizing Christians already there. His urgency to reach the spiritually lost on the American frontier took him into the thinly settled regions of western Pennsylvania and Virginia, as well as into Ohio while he was still a deacon stationed in Pennsylvania. In 1812 he first engaged in this work at Pittsburgh and followed up with lengthy missionary tours in 1814 and 1816.

He pressed the Episcopal church hard to organize mission efforts for the American frontier. Methodists, Presbyterians, Baptists, Lutherans, Quakers, Roman Catholics, and other sects and denominations already engaged in such endeavors. Enough Episcopal believers had settled in Ohio to form their own diocese by 1817. The obvious opportunities and Kemper’s incessant reports stirred Pennsylvania churches to form the Domestic and Foreign Missionary Society in 1821. For over a decade the society agitated for mission efforts and saw the appointment of a few clergymen to newly-settled states. The results were insufficient to the need.

More had to be done. Finally the Episcopal Church made a real commitment to creating a self-sustaining work. The man they picked to head the outreach was Jackson Kemper, now laboring in Connecticut. Kind, honest, friendly, well-bred, and zealous, a better choice was hardly possible. He also already had plenty of experience in the West. Kemper, however, had three young children, the offspring of two marriages. Both wives had died. One of the children’s grandmothers, who had often cared for them, pleaded they be left with her. Kemper had planned to take them with him to St. Louis, Missouri. He found separation painful, but it freed him for the lengthy travels that would occupy his time.

On this day, Friday 25 September 1835, Bishop William White, George Washington Doane, and several other bishops consecrated Jackson Kemper as a missionary bishop to work on the American frontier. Doane preached the consecration sermon in St. Peter’s Church, Philadelphia, declaring, “What we are now to do will go on record, as a precedent.”

Although Kemper was designated for Indiana and Missouri, he would actually found dioceses in eight states: California, Indiana, Iowa, Kansas, Minnesota, Missouri, Nebraska, and Wisconsin. He accomplished his work despite lack of finances that worsened during periodic economic downturns, and difficult conditions of travel which, however, were ameliorated after railroads arrived.

Recognizing that, unlike himself, most recruits from the eastern seaboard did not do well under western conditions, he determined to train western settlers for the ministry. He founded three schools for this work. The first failed owing to financial struggles and faculty quarrels. (One quarrel involved a faculty member’s wife who insisted on teaching Romance languages despite all opposition.) Kemper’s second and third attempts at founding colleges fared better, resulting in Nashotah House and Racine College.

In addition to his work with pioneers and settlers, he promoted missions among the Potawatomi, Seneca, Oneida, and Huron Indians and pleaded for laborers to translate the Scriptures into their languages.

In 1841 he preached a mission sermon in which he said,

Not a brother here would I accuse of indifference or cowardice. But I would stir up, with God’s permission, the pure mind of each one, by way of remembrance. It is the spirit of missions I earnestly and most affectionately advocate.

By 1845, he was somewhat discouraged, writing his daughter, “I could in fact tell of daily annoyances, disappointments and trials and I begin to fear either that I am growing old or that my joyous temperament is departing.” However, his spirits must have rebounded, because Kemper never lost his zeal. He worked into his eighties, dying 24 May 1870. His last words to David Keene (who would preach his funeral service) were, “I hope I have been faithful; I hope I have kept the faith.”