It Happened on SEPTEMBER 24 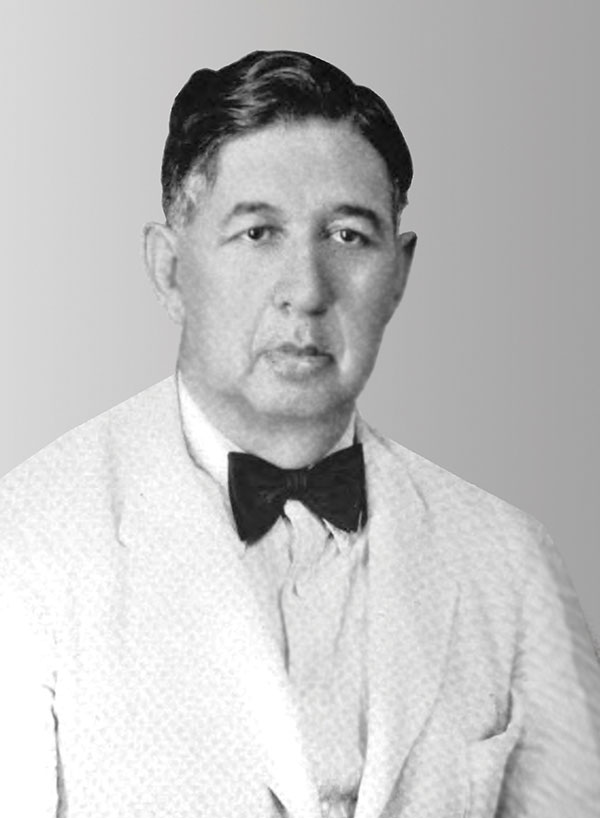 THROUGH THE VEINS of Francisco Olazábal ran the blood of Montezuma: He was markedly Mexican. But whereas many Mexicans are at least nominally Catholic, Olazábal was a Protestant. His mother had converted to Methodism in 1898 and became a lay evangelist, prompting his father to desert the family.

In 1902, sixteen-year-old Olazábal traveled to San Francisco, California, to visit family. He had ideas of sailing the world as a ship worker, but encounters with evangelists George and Carrie Judd Montgomery led him instead to rededicate his life to Christ. A few years later, he entered the Wesleyan School of Theology in San Luís Potosí, Mexico, where he trained for three years, afterward peddling Bibles in Mexico before accepting a pastorate in a Methodist Church in El Paso, Texas.

He wasn’t there long, moving north that same year to study for a semester at Moody Bible Institute. Reuben A. Torrey invited him to Los Angeles to evangelize Spanish-speakers for the Church of the Open Door. Soon he left Torrey to evangelize and pastor in the Pasadena and San Francisco Bay areas.

The Montgomerys converted to Pentecostalism during the Azusa Street Revival and encouraged Olazábal to do the same. He determined to become a “full gospel” preacher and on this day, 24 September 1916, the General Council of the Assemblies of God ordained him to the ministry. It was the second time he was ordained that year, Bishop A. W. Leonard having ordained him as a minister of the Methodist Church earlier in 1916.

After his erratic start, Olazábal was about to show his mettle. He pioneered Pentecostal work among Spanish speakers in Los Angeles, El Paso, and throughout Texas. However, complaining that in the Assemblies of God “gringos have control,” he left them and founded the Interdenominational Mexican Council of Christian Churches in 1923. This was the first independent Latin American evangelical denomination in the United States. Later it was renamed Concilio Latino Americano de Iglesias Cristianas (Latin American Council of Christian Churches). Olazábal described his beginning as an evangelist to Mexicans this way:

It was odd the way it started. While [I was] resting in Mexico City, a native minister came to me. He said he had a church large enough to hold four thousand people, and he had a lot of empty pews. He said he could get together fifteen hundred people if I’d come and preach. I couldn’t turn him away; who could? We had fifteen hundred the first night. I preached Christ to them, Christ the Healer and Christ the Saviour. They were hungry for it! Two hundred of them came to the altar that night, and they just wouldn’t listen to me when I told them I wasn’t coming back the next night. They said they’d fill the place if I’d stay a week. I didn’t believe that, for you know it’s against the law to advertise a religious meeting in Mexico. You can’t put up posters or throw out circulars or put notices in the papers; all you can do is to pass it on by word of mouth. That’s all they did; by the end of that week, they had forty-five hundred jammed into that church every night. Today, those same people have the largest church in Mexico!

I knew then what I had to do. I spoke their own tongue, had their own blood in my veins; now I had to cut myself loose from the Church and free-lance for the Lord. I had to go after the masses.

Aimee Semple McPherson coaxed Olazábal’s successful Latin American Council towards merger with her Foursquare Gospel denomination, but the council rejected her overtures. In 1936, however, Olazábal announced he would affiliate with A.J. Tomlinson's Church of God.

Before then he had founded a Bible college in Texas and held major evangelistic and healing services in Mexico City, San Antonio, Chicago, New York, and Puerto Rico at which thousands were converted. In Texas alone, he had founded eighty churches. In Puerto Rico, he had made 20,000 converts and established thirty churches.

At the time of his death, Olazábal was planning evangelistic campaigns in South America. However, on 1 June 1937 he was in a car accident. Bleeding internally, he died eight days later in Alice Springs, Texas.