It Happened on SEPTEMBER 18

CONNECTICUT STARTED AN ANNUAL TRADITION OF A DAY OF THANKSGIVING 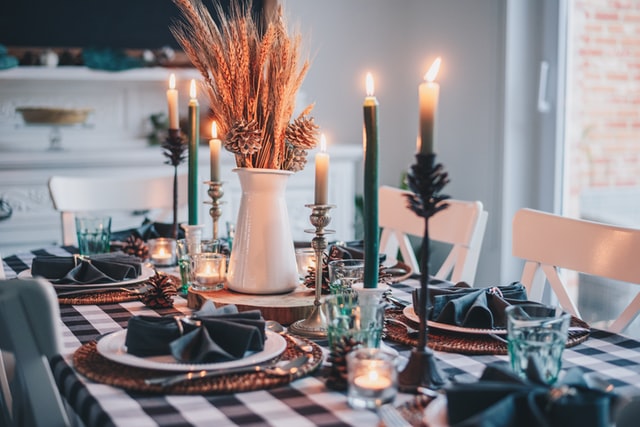 In Connecticut on 26 August 1639, “It was concluded that there be a publique day of thanksgiving in these plantacons uppon the 18th of the next month.” This proclamation came after heated debate. Opponents feared that setting aside a specific day for gratitude would prompt people to neglect thanking God on other days. In the end, the church surrendered the power of setting thanksgiving days entirely to the government.

A cause for thanksgiving was the fact that the colony had narrowly averted a renewal of the Pequot war with neighboring Indians. Ironically, the same meeting that set a day for thanksgiving because of improved relations also commanded forty men to seize corn that Indians had planted on lands the settlers claimed.

In 1649 Connecticut began observing its day of thanks annually, the first of the American colonies to do so. This was almost always on some date in fall or early winter. Whereas bountiful harvests or some extraordinary event occasioned other celebrations throughout New England, Connecticut’s observances were held whether the colony prospered or languished. The holiday was not on a regular schedule as is the modern American Thanksgiving Day. In 1650, for example, Connecticut observed two days of thanksgiving, one in June and the other in November.

By the 1660s laws required all inhabitants to attend public worship on days of thanksgiving. After religious services in the morning, families sat down to hearty meals, which included hasty pudding. Recipes called for various proportions of cornmeal, molasses, milk, spices, and sometimes egg and butter. “Of all other things on the table you may eat,” advised a Puritan minister, “but of the Indian pudding you must eat.”

Curiously, Connecticut's 1665 event commemorated the famous Pilgrim thanksgiving that had taken place in neighboring Massachusetts in 1621, forty-four years earlier. By 1916 the only break in the Connecticut tradition had come in 1675 when, during King Philip’s War, an Indian massacre disrupted it.