It Happened on AUGUST 1 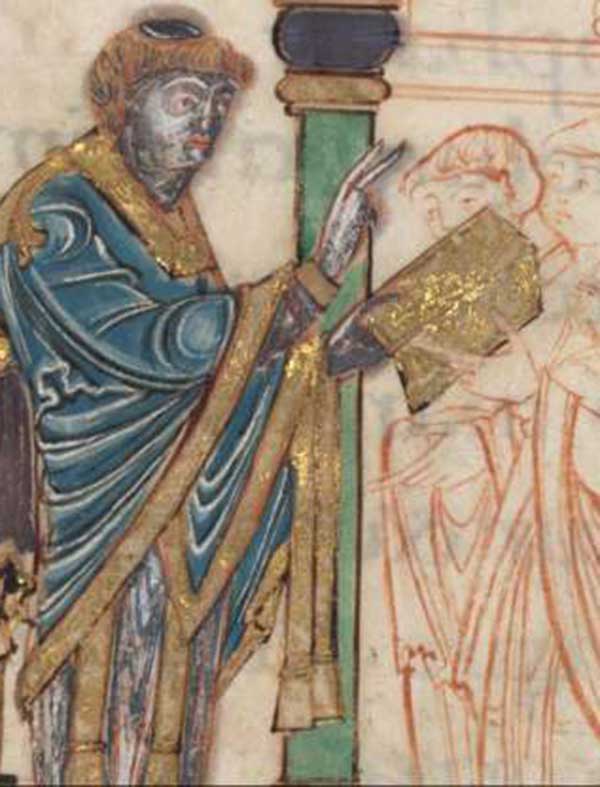 As soon as Ethelwold became bishop of Winchester in 963, he undertook major, and sometimes harsh, reforms. A proponent of monasticism, he detested the secular clergy—deacons and priests who were not monks. Some secular clergy even married. Ethelwold considered them dirty and in 964 he expelled secular canons from Winchester’s Old Minster (old church). In this he had the assistance of King Edgar, who had obtained permission from the pope.

Ethelwold was one of the best-educated monks of his day and had a lifelong association with England’s kings, several of whom reigned in his lifetime. Born in Winchester before 909, he spent years in the household of King Ethelstan. He and Dunstan (a future archbishop of Canterbury) were consecrated as priests on the same day. Ethelwold studied in Winchester and at Glastonbury, where Dunstan was abbot. There he took vows as a monk and became the school’s dean.

Desirous of more education, Ethelwold asked permission to travel abroad, but King Eadred denied his request. Instead the king made him abbot of the former monastery of Abingdon, which was then served by secular clergy. Ethelwold immediately converted it into a Benedictine community that attracted monks from many parts of England. He began constructing a new church. Meanwhile, he also acted as a royal scribe, drawing up documents and charters for the kings of England.

Given his close association with the royals, it was no surprise when King Edgar appointed him to the see of Winchester. A large measure of Ethelwold’s energy went into repairing damage done to England’s monastic system by Viking invasions. He restored many monasteries and nunneries that had closed during the wars.

Furthermore, he held a synod in the early 970s that established a common rule for England’s monastic communities. He wrote the rule himself, borrowing ideas from continental Benedictines. In addition to this, he rebuilt damaged and abandoned churches and gifted them with costly art objects. He organized choirs. All these monasteries and churches required support. To obtain it, Ethelwold demanded back any land that had ever belonged to the monks, and was not above using forged documents to “prove” his claims, making himself many enemies. An unknown opponent attempted to poison him.

It was Ethelwold who translated (moved) St. Swithun’s remains from their churchyard grave to a bejeweled crypt he prepared in Winchester’s New Minster (see our 2 July story on Swithun).

Ethelwold died on this day, 1 August 984, having suffered much in his stomach and legs. Beloved by his pupils, with whom he was gentle and encouraging, he could be harsh with his adversaries. However, the common folk, especially of Hampshire, regarded him as a saint, and King Ethelred spoke highly of him as one who served the interest of all the inhabitants of the country. The Roman Catholic Church never officially canonized Ethelwold.