It Happened on JULY 30 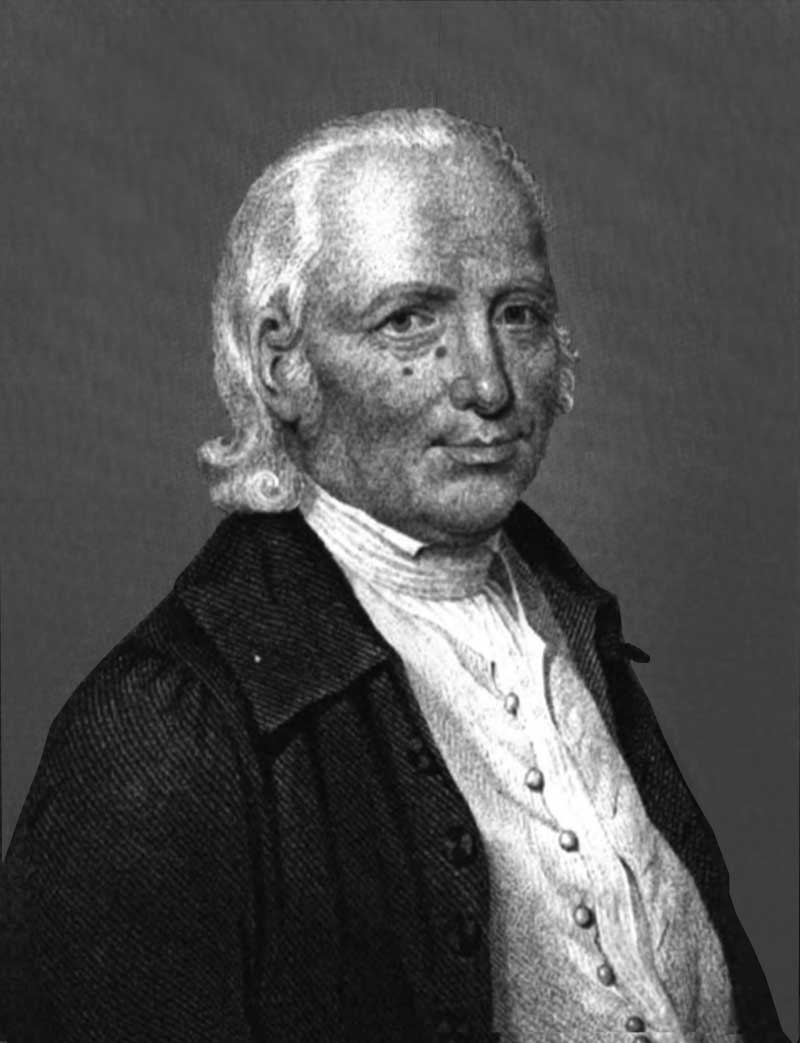 Maria Crunerin Schwartz of Prussia prayed for a son. She had been widowed once and three of her children had died young. When God answered her prayer in 1726, she dedicated the boy to the Lord’s service. She died before her son was five and if she saw the answer to her prayers it was from beyond the grave. But answered they were. Christian Frederick Schwartz gravitated early to Lutheran Pietism (see our stories on February 5 and December 27) and showed a brilliant mind. At twenty he entered Halle University, also a center of Pietism, and lived at the orphanage Cesar August Francke had founded. He mastered several ancient and modern European languages and became proficient in philosophy, science, theology, and mathematics.

Danes had established the first Protestant missions in India in 1706. Benjamin Schultze, a Lutheran missionary, invited Schwartz to join him for language work. Schwartz agreed, was ordained in Copenhagen, and sailed to the scene of his life’s labors. In July 1750 he landed in Cuddalore. On this day, 30 July 1750, he arrived at his post in Tranquebar, India:

On the 24th of July, the Rev. Senior of the Danish missionaries, Mr. Wiedebroeck, came from Tranquebar to fetch us. . . . [W]e departed on the 28th from Cuddalore. Dear Mr. Kiernander accompanied us as far as the first river, and there took leave of us. On the 30th we arrived at Tranquebar in perfect health, and were most fraternally received by our dear brethren. Now hitherto the Lord hath helped us. To him be glory forever and ever!

Immediately he began learning Tamil and Portuguese (widely used on the coast). He would become fluent in several Indian languages and Persian. During his forty-eight years of service, he was a schoolmaster to Indians, instructing his pupils in the latest European advances, and he inspired a system of free public schools. Meanwhile Britain was conquering India and a British general asked Schwartz to act as chaplain for British and Sepoy forces. He did so with such industry and sterling character that admirers funded church buildings for him. During famines, brought on by war, he expended himself in relief efforts. He founded orphanages. Observers said that he did the work of several men and did it honestly. Robert Eric Frykenberg remarked, “In a world awash in corruption and injustice, both European and Indian, the personal integrity of Schwartz was never questioned.”

Indeed, one dying Rajah so respected Schwartz that he pleaded with him to become guardian to his young heir, Serfoji. Schwartz declined, but later when the boy’s life was threatened by his regent, who desired the throne for himself, Schwartz became Serfoji’s protector and got him restored to his lawful position. When Schwartz died, Serfoji paid for a monument in his honor.

Schwartz’s love of people, his faithful preaching, and his use of native languages won him universal respect. In 1766 he relocated to Tiruchirapalli which remained his base for the rest of his life. He never married, dying in 1798. Individuals of every rank, religious persuasion, and race in that region mourned him. He was known as the “Apostle of India,” “whose life was one continued effort to imitate the example of his Blessed Master.”