It Happened on JULY 24 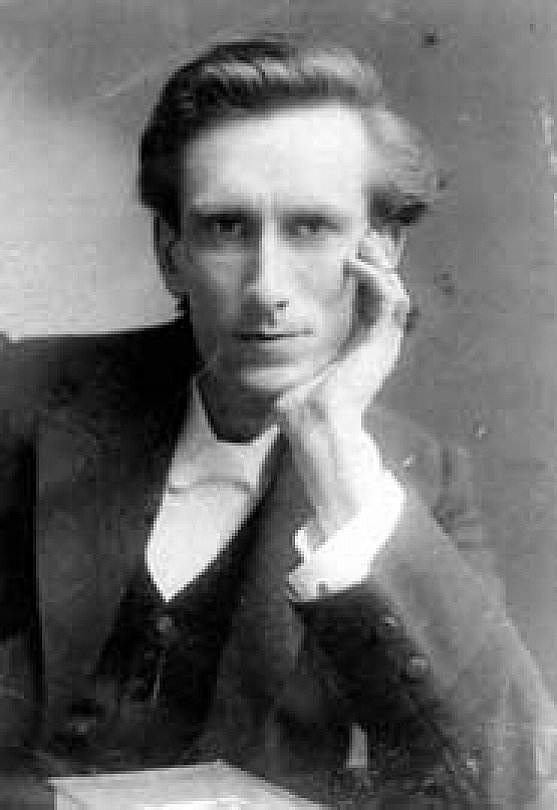 His words became My Utmost for His Highest.

IN THE WEE HOURS of this morning, 24 July 1874, pregnant Hannah Chambers woke her minister husband with an urgent note in her voice. Her labor had begun. Clarence immediately sent for the midwife and, well before dawn, a baby boy uttered his first cry in Aberdeen, Scotland. His parents named him Oswald.  Little did they know that he would become a blessing to many.

As a child, Oswald was noted for the intensity of his prayers. Apart from that, his behavior was not unusual. He got into boyish scrapes and attended school. Although he showed little academic promise, he had a strong aptitude for the fine arts—writing, drawing, painting, and performing on both piano and organ were among his interests.

When he considered how he might use his talents for Christ, he hoped to do so through art, and trained for three years at Edinburgh. But eventually, he realized that he could not look to art for God’s sake, but must look to God for God’s sake. He relinquished his art and began studying for the pastorate.

At twenty-three, he prayed for the Holy Spirit’s filling. Instead, he seemed to receive the opposite. For the next four years he had no sense of God’s presence, and even Bible reading was empty to him. He felt he had to break his ties with everyone, including Chrissie, a young woman with whom he had shared his thoughts and ambitions for years in person or by letter. The Lord showed him the deepest sins in himself and put him through the fiery trial of a false sexual accusation from a young woman in his local church.

As the new century took hold, Chambers found spiritual peace. At twenty-seven, he became an effective Christian worker. He was strongly involved with the League of Prayer and his evangelistic work took him across the globe. On one voyage, he chaperoned Gertrude Hobbs, whom he affectionately nicknamed “Biddy.” After a long wait, the two married. Together they operated a Bible school, which offered classes to day students and residents, and correspondence courses for more distant students. Biddy transcribed many of her husband’s lectures and sermons into shorthand.

World War I took Oswald as a chaplain to Egypt with the YMCA. Biddy and their daughter Kathleen were allowed to join him. In Egypt, he focused on providing a loving atmosphere for soldiers as well as Bible lessons, which he refused to tie to the free meals he provided. Soldiers appreciated his true-to-life Christianity. Thousands heard his messages on practical topics like Bible psychology and Christianity in wartime. He and Biddy worked beyond exhaustion.

In 1917, Chambers developed severe abdominal pain. He did not seek medical help immediately. A major Allied offensive was underway, and with so many casualties returning from the front, he did not want to take a much-needed bed from a soldier. When the pain worsened, he saw a doctor, who immediately operated for appendicitis. Utterly worn out, Chambers struggled between life and death for over two weeks before dying of blood clots and a lung hemorrhage.

The soldiers insisted on honoring him with a military parade, and he was buried with full military honors. Afterward, Biddy published books based on the notes she had taken from  her late husband’s talks. The best known of these was the devotional classic: My Utmost for His Highest. It has captured generations of readers its insightful counsels such as “The desire that comes into a disciple is not one of doing anything for Jesus, but of being a perfect delight to him.” Thus it came about that in death, Oswald Chambers reached even more with the Gospel message than he had in life.