It Happened on JULY 19 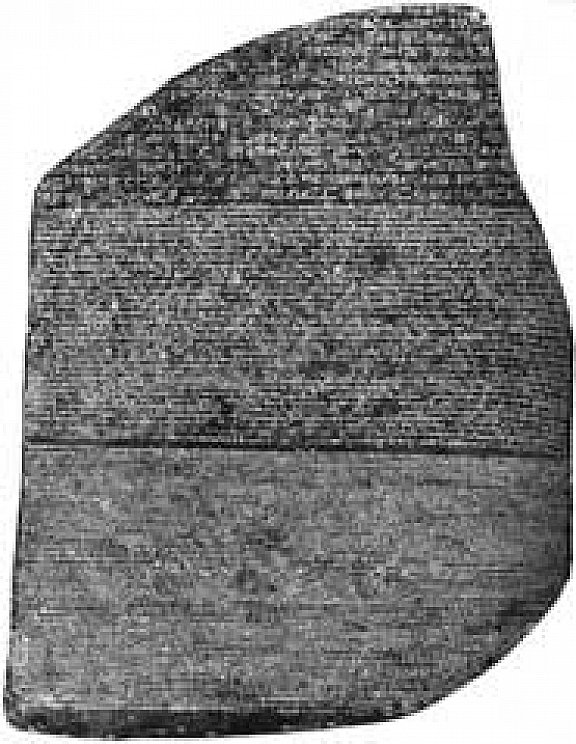 Because the Rosetta Stone was carved in two languages, three scripts, it became a key to unlocking the Egyptian past.

THE EVENTS OF THE BIBLE were often played out among the nations surrounding Israel. Indeed, we can understand the Bible better when we understand Israel’s neighbors. A key to the writings of one of those neighbors came into the hands of twenty-eight year old Pierre-François Bouchard on this day, 19 July 1799. We know this key as the Rosetta Stone.

Bouchard, a French officer, was rebuilding Fort Julien in Egypt when he discovered the stone. Inscriptions on it were in Greek as well as two forms of ancient Egyptian. Bouchard immediately recognized its great value. Though Europeans knew Greek well, they did not know how to interpret Egyptian hieroglyphs. Bouchard surmised that by comparing the hieroglyphs with the Greek, scholars would be able to decipher the old Egyptian. He was right.

It was British scholars who won the glory first. When Britain defeated the French and seized Egypt, the British commander forced the French to turn over the Rosetta Stone. It was sent to the British Museum, where a scientist named Thomas Young studied the inscription. He published a paper solving some of the hieroglyphs and showing that the second set of Egyptian symbols was written in a phonetic alphabet. He was also able to equate nine of the symbols to our Roman letters, but he got no farther.

Working from an impression taken from the stone, Frenchman Jean-François Champollion turned his genius to the task. After studying ancient documents and examining inscriptions in Egypt, he discovered that the Rosetta Stone was a decree by King Ptolemy V from about 196 BC. The writing ordered that a statue of Ptolemy V be worshipped in every Egyptian temple and carried in religious procession with other gods.

Solving this inscription was a giant step toward understanding the markings on all Egyptian tombs and monuments. Much of what we know about the Pharaohs and Egyptian history stems from Bouchard’s discovery and the analysis of Young and Champollion. Because of the Rosetta Stone, Biblical scholars have been able to learn a great deal about ancient Egyptian religion and history. This has enabled them to make educated guesses about issues of significance to Bible history, such as which Pharaoh was ruling at the time of the Exodus.