It Happened on JULY 20 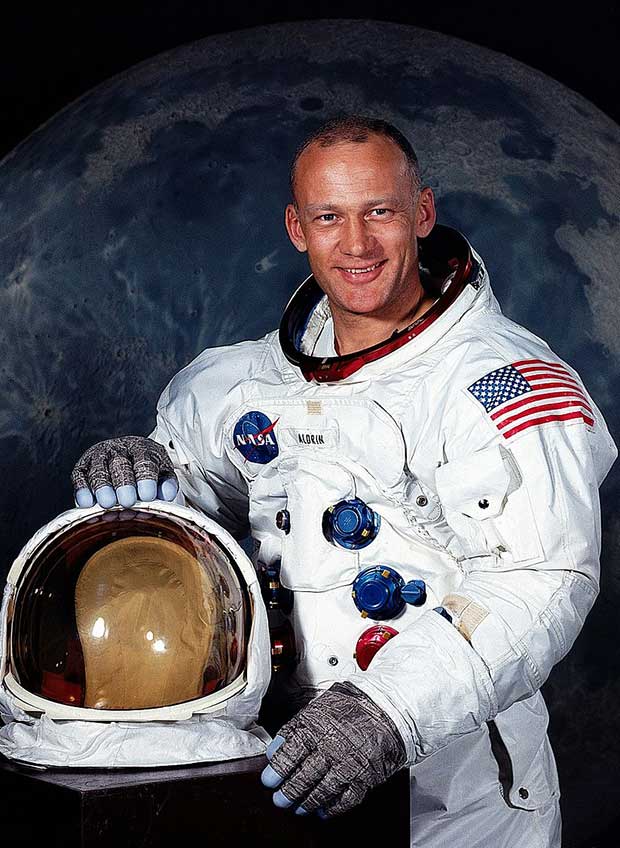 MANY CHRISTIANS have only taken Communion (also known as Eucharist, and the Lord’s Supper) in church. However, the rite has actually been observed in many other settings. Believers have observed it secretly in anti-Christian prisons. Soldiers have taken it on the battlefield. Chaplains offer it to residents in nursing homes and to the dying in hospitals and hospice houses. Some have observed it out of doors. But probably the most unique setting ever for a service of Communion was out of this world.

Astronaut Buzz Aldrin, who was also an elder of Webster Presbyterian church near Houston, had obtained permission from the Presbyterian General Assembly to serve Communion to himself during the first moon landing. He took a small chalice, bread, and wine. He had arranged to synchronize the observance as nearly as possible with his home church.

Houston, this is Eagle. This is the LM Pilot speaking. I would, like to request a few moments of silence. I would like to invite each person listening in, wherever and whomever he may be, to contemplate for a moment the events of the past few hours and to give thanks in his own individual way.

NASA had forbidden a more explicit statement because Madalyn Murray O’Hair had previously sued after Apollo 8 astronauts read a portion of the Genesis creation story. She argued they had violated separation of church and state. Therefore it was during this radio silence that Aldrin took Communion and read a Scripture.

I poured the wine into the chalice our church had given me. In the one-sixth gravity of the moon the wine curled slowly and gracefully up the side of the cup. It was interesting to think that the very first liquid ever poured on the moon, and the first food eaten there, were communion elements.

The Scripture he read to accompany the ceremony was John 15:5 in Today’s English Version, “I am the vine, you are the branches. Whoever remains in me, and I in him, will bear much fruit; for you can do nothing without me.”

Webster Presbyterian church commemorates Aldrin’s observance annually as Lunar Communion Sunday and preserves the chalice as a memorial of the event.