It Happened on JUNE 20 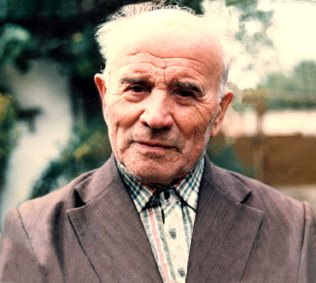 TRAIAN DORZ was a Romanian poet. He was also a leader in an Orthodox revival movement known as The Lord’s Army (Oastea Domnului). As a consequence, he suffered greatly.

Oastea Domnuluiwas founded by Iosif Trifa in 1923. An Orthodox priest, Trifa was sickened by the level of drunkenness, swearing, and smoking among his parishioners. He had taught them for eleven years and published a religious magazine but had seen little fruit. Falling to his knees one night, he pleaded with the Lord to make the next year more successful. It came to him that he should encourage his flock and his readers to make a New Year’s resolution to actively battle sin in themselves. He did, and the movement was born. He would say, “The victory of the Lord was a definitive victory. But the victory of the cross for us has no value if we do not receive Jesus who brings us the gift of victory.”

Traian Dorz taught the same message as Trifa. In his poem “O, Man!” he warns what a big responsibility we have in what we write, what we speak, what we sing, and the paths we choose. All lead either to hell or to heaven.

is a remedy or a poison!

You will die, but all you have said

toward perdition or Paradise,

toward reproach or glory.

During the Stalinist years and after, because of Dorz’s involvement in The Lord’s Army, he was imprisoned, harassed, and restricted by a hostile government and by hostile church authorities. Altogether he spent seventeen years in prison between 1948 and 1984. Six times the government seized all his possessions. At his first arrest, the authorities burned all his writings, poems, and children’s books “twenty years of work, enough to fill an ox cart.” While in prison he reconstructed his poems, writing them on a dirty pane of glass and memorizing them between episodes of torture.

Brian Morgan, a Western Christian, met the elderly Dorz in 1988, a year before the poet’s death. Dorz said to him, “You [in the West] teach about the cross. We [in Romania] live under the cross.”

In his poem “I Was a Harp,” Dorz has a harp tell how it cried for the pain of the world until one day, during blossoming spring, a hand caressed its strings with a holy song. From that moment of comfort it no longer cried over the world’s pain or the world’s petty needs, but rather, rejoicing in the storm, looked above with heart and eyes, and plucked from its strings “chants and psalms for Jesus.”

Cast into prison one last time in 1984 at seventy years of age, Dorz found himself in a cell with the foulest criminals. He believed God put him there to win them to salvation. The only way he could see to do that was to sacrifice his little food and clothing for them: “There is no better way to get close to people in order to bring them to God, than the way of sacrificial love.” He won four gypsies to Christ.