It Happened on JUNE 19

The Council of Nicea Said This Is What Christians Believe 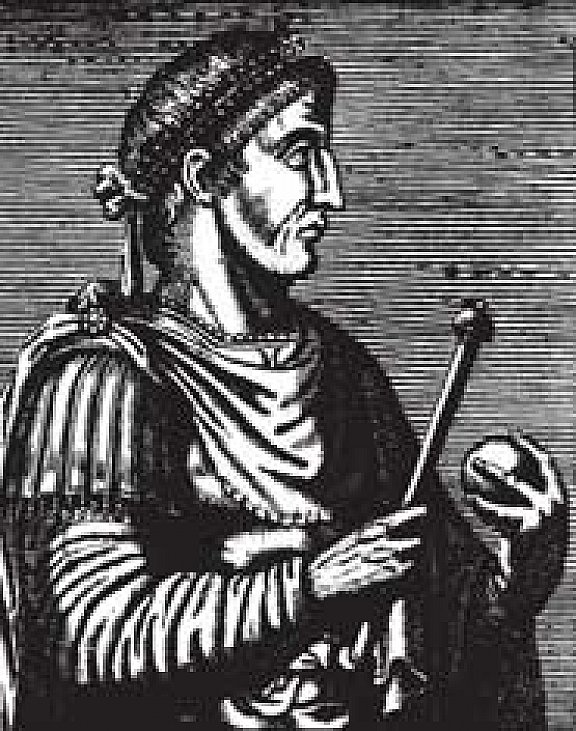 Constantine summoned the first council of the world church.

SHORTLY AFTER CONSTANTINE unified the Roman Empire under his political and military control, he found another problem was threatening to tear the Empire apart: the conflict between the Arian heresy and orthodox Christians. Far from being fought out only among thinkers and elites, the debate was raging even at the level of popular songs being taught in the marketplace.

The conflict arose when Arius taught that there had been a time when Christ did not exist and that he was lower than God the Father. The orthodox camp, on the other hand, considered Christ a member of the Godhead and equal with God the Father.

Constantine ordered Arius and his bishop, Patriarch Alexander of Alexandria, to reconcile their differences. Bishop Hosius, whom he sent with the message, reported back that the disagreement was about fundamental doctrine, which an imperial order could not settle. Constantine recognized that only a council of Christian leaders could decide the issue. He sent messengers throughout the empire, asking bishops to appear as soon as possible at Nicaea.

About three hundred bishops appeared, along with some lesser clergy. Many of the bishops bore marks of suffering, having been tortured for their faith, some with eyes gouged out, others with limbs cut off, a few with scars from burns. Constantine himself appeared at the council, dressed in blue and gold. He said little for the most part, although he did speak up from time to time, telling one particularly divisive clergyman to get a ladder and climb up to heaven by himself.

When the bishops got down to business, they made Arius state his teaching. No sooner did they hear it than virtually every one declared it blasphemy and shouted it down. Christ was divine, they said. They had not suffered torture for the caricature Arius presented.

But they realized that to help root out this teaching, they would have to draw up a statement about Christ’s divinity. They argued about how to word this and whether Christ was subordinate to the Father. On this day, 19 June 325* they drew up the creed, recognizing Christ as eternal and of the same essence as the Father. Almost all the bishops willingly signed the document. Two or three had to be coaxed into accepting it.

Chief among those who defended orthodoxy was Athanasius, an up and coming leader of the Alexandrian church. He had written some years earlier in his treatise On the Incarnation, “What, then, was God to do? What else could He possibly do, being God, but renew His Image in mankind, so that through it men might once more come to know Him? And how could this be done save by the coming of the very Image Himself, our Savior Jesus Christ? Men could not have done it, for they are only made after the Image; nor could angels have done it, for they are not the images of God. The Word of God came in His own Person, because it was He alone, the Image of the Father Who could recreate man made after the Image. . . . .”

[The Apostles’ Creed—Abridged gives the background and meaning of the church’s earliest creed—one that preceded even the Council of Nicaea.]

Constantine banished Arius and a couple other bishops who rejected the council’s statements about Christ. The council then went on to settle issues about Easter, ordinations, and other church business before breaking up. Despite the bishops’ nearly unanimous ruling, tension between Arians and the orthodox party persisted for several centuries.

* Although Nicaea was recognized from the start as an important event, we do not have a clear description of how it proceeded, how many bishops attended, what date it opened, or the dates of its most significant events. This article adopts the reasoning of Charles Joseph Hefele, who gives 20 May for its opening, 14 June for Constantine’s arrival, 19 June for the day the creed was drawn up, and the lesser business occupying several weeks until the council closed 25 August.