It Happened on APRIL 22 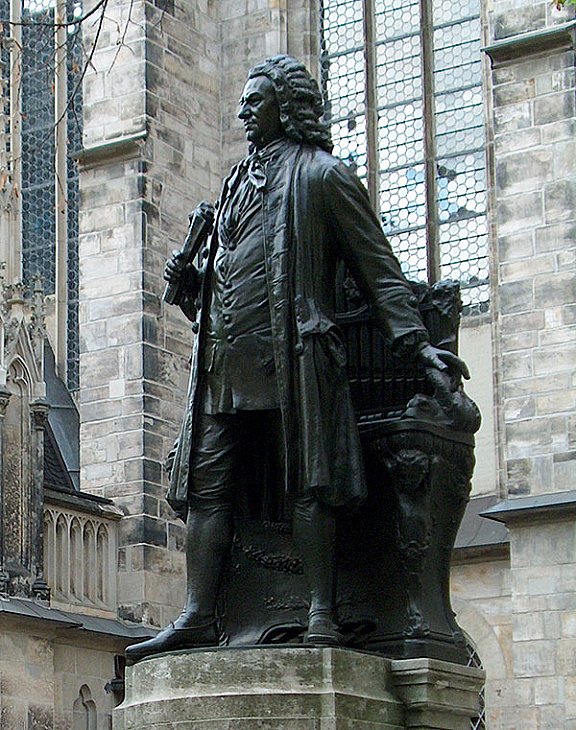 ON THIS DAY, April 22, 1723, the burgomasters of Leipzig elected Johann Sebastian Bach as cantor of St. Thomas. His primary responsibility was to educate boys in Latin and music, but he was also responsible for the music of the city’s four churches, where the boys performed in choirs. His singers were by no means professionals, which made his job difficult.

At Leipzig, Bach wrote and directed an enormous amount of music and performed almost every day. His output included cantatas (some of them based on beloved hymns), motets, passions (including the famous St. Matthew Passion), the powerful Mass in B-minor (written when he was seeking a post with Poland’s Catholic king), violin concertos, keyboard music (including the famous Musical Offering for Frederick II of Prussia), and harpsichord pieces. He directed the local Collegium Musicum. For all this work, he received a middle class salary plus room and board.

Although he poured emotion into his music, his work did not seem to have impressed his employers. They encroached on his right to appoint his own assistants and complained that his music was too artistic. Sometimes he did not get paid. As a consequence, he was involved in quarrels, shouting matches (even in church), and wrote many letters of protest.

A devout Lutheran, Bach dedicated his religious manuscripts to Christ with the abbreviation “I. N. J.” (standing for In Nomine Jesu, that is, “In the Name of Jesus”). And although he often converted secular works for Christian use, he never converted Christian works for secular use.

Leipzig proved to be the last of several posts Bach held. After his death in 1750, one of Leipzig’s burgomasters remarked during the search for a replacement, “We must not forget that we want a schoolmaster, not a musician.” With attitudes like that, most of Bach’s work lay neglected for three quarters of a century. Vendors wrapped fish in his manuscripts. About one third of the three hundred cantatas he wrote at Leipzig most likely have been permanently lost to us.

Glory to God Alone documents the faith and work of J.S. Bach.

That his masterpieces fell into neglect was regrettable. However, they did not remain forever hidden. Beethoven recognized Bach’s worth and declared, “He should not be called Bach (brook) but Meer (sea).” Felix Mendelssohn revived and performed the St. Matthew Passion, beginning a revival of interest in Bach’s music that has lasted to this day.

One thing that did not fall out of use was his keyboard technique. His Well-Tempered Clavier and Art of the Fugue trained later musicians such as Beethoven. Bach employed the five fingers of each hand where three had previously been the norm.

Today many musicians consider Bach the greatest composer who ever lived. His works are available in print, on recordings, and on Internet sites such as YouTube. Popular music groups have even mined Bach for their songs.*

*Examples: Procol Harum’s “A Whiter Shade of Pale” is based partly on Bach’s “Air on the G String;” an instrumental bridge in the Byrds’ “She Don’t Care About Time” uses a bit of “Jesu, Joy of Man’s Desiring,” and The Nice quoted the opening of Bach’s Third Brandenburg Concerto in their Ars Longa Vita Brevis.