It Happened on MARCH 27 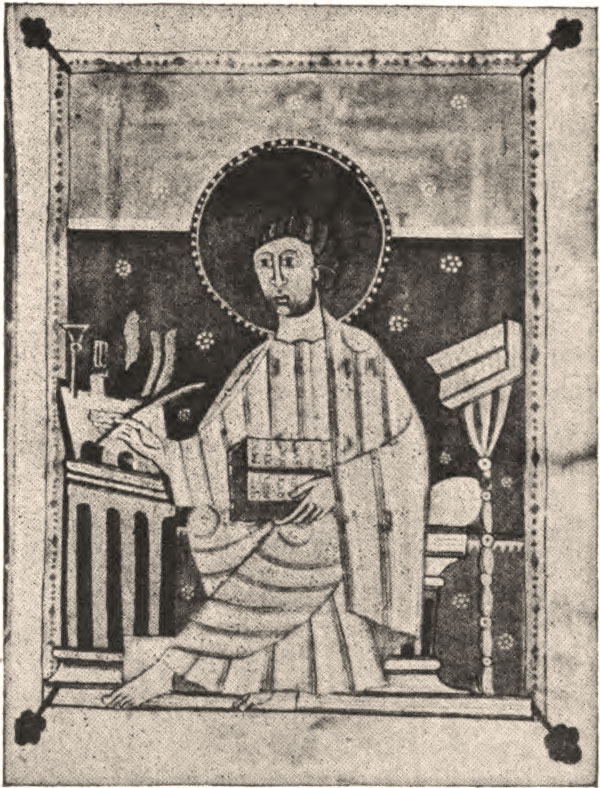 Charlemagne, although he had little skill reading and writing, recognized the value of learning and encouraged scholarship and libraries throughout his empire. The work he undertook persisted after his death and learning continued to spread.

The most famous scholar of the following generation was the encyclopedist and bishop Rabanus Maurus. His fellow-student, Haymo, a Saxon, also became an eminent scholar and prolific writer.

Nothing is known of Haymo’s youth. He joined the Benedictines at Fulda where he trained and eventually became chancellor of the monastery. From there he moved on to the Benedictine monastery at Hersfeld, where he is thought to have been abbot. Within two years he was nominated to the see of Halberstadt which he occupied in 841.

In a lengthy book titled De Universo, Rabanus offered his friend instruction on how to conduct himself as bishop. Among his wise admonitions was a warning to steer clear of political entanglements. Haymo listened and devoted himself instead to preaching, to the betterment of his flock, to writing commentaries on Scripture, and to founding the library of Halberstadt. His only known public action was to attend the Council of Mainz in 847 that concerned itself with preserving the rights of the church.

During the late Middle Ages, many books were attributed to Haymo that modern scholarship assigns to other authors or leaves anonymous. However, it is fairly certain he wrote a seven-book exposition on John’s Apocalypse. This exalted Christ with many biblical quotations regarding the Lord’s preexistence and his post-resurrection glory.

Haymo also wrote a book about Jonah that gathered many allegorical interpretations without indicating which he preferred. For instance, according to him Nineveh either symbolizes all those things that lure the eyes in this world, or else symbolizes the church in which are gathered both carnal and spiritual Christians—as well as beastlike people who serve their bellies and never look up to heaven.

Significantly, Haymo completely accepted the view of an earlier monk, Paschasius, on the nature of the Eucharist: “The substance of the bread and wine that are placed upon the altar become the body and blood of Christ, through the mystery of the priest and the work of grace,” he wrote, thus promoting the idea that would later be known as transubstantiation.

On this day, 27 March 853(or possibly March 26th), Haymo died. He had been one of the tributaries that fed the continuing flow of the Carolingian Renaissance.