It Happened on MARCH 26 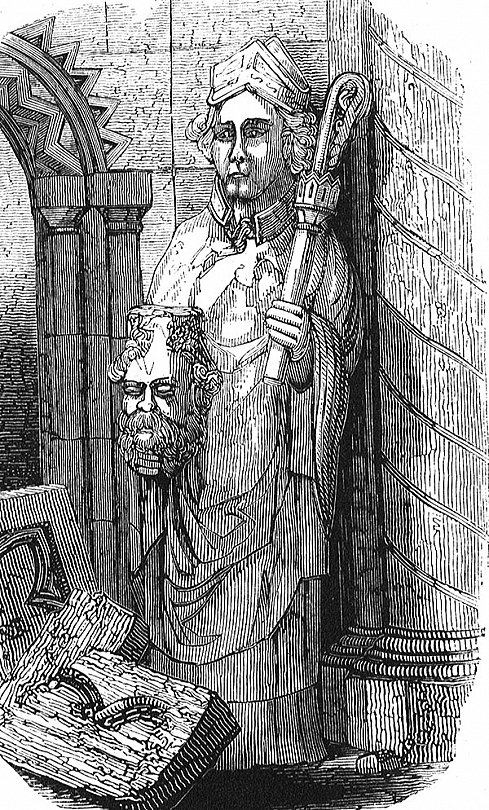 CUTHBERT was born a Scot but raised by foster parents in Northern England. It is thought that they had him educated at Aidan’s school on Lindisfarne. (Aidan was an Irish monk who had evangelized much of Northern England.) Consequently, Cuthbert became devout at a young age. One day, while visiting the Tyne River, he saw a party of monks being swept to sea on rafts and cried out in prayer. The wind changed and drove the rafts back to shore. Witnesses considered it a miracle and attributed it to his prayer.

Cuthbert followed in his parents’ footsteps by becoming a shepherd. While tending flocks, he began to see visions. In one, he saw angels bear aloft a soul of great brightness. On the next day he learned that Aidan had died, and at once he determined to become a monk like him.

In those days, the English religious world swirled with controversy. Evangelization of England had taken place from two directions. Monks of the Roman tradition had evangelized through Kent and Wessex, while Irish monks brought Christianity to Northumberland. The Irish tradition to which Cuthbert belonged cut monks’ hair differently than Rome did and reckoned Easter differently. It was difficult to determine which observance England should adopt.

King Oswiu of Northumbria arranged a conference at Whitby to decide the issue. The council opted to follow the Roman observances. Unlike some of the Irish, Cuthbert accepted the decision. He became a soul winner in small hamlets and out-of-the-way corners of Northumbria.

Bishop Eata soon made him prior of Lindisfarne. Cuthbert, however, preferred to live as a hermit, and so he settled on an island from which he dispensed spiritual advice to visitors and practiced severe austerities. He could never celebrate mass without tears, so strongly was he affected by Christ’s sacrifice.

My Journey to Life researches the lives of several Irish saints, including Cuthbert.

Men of his caliber were rare and the people of Hexam insisted on electing him to be their bishop. Cuthbert refused the honor until church leaders, accompanied by King Egfrid, sailed to the island and appealed to him in person. On this day, 26 March 685, he became bishop of Hexam. But he missed the solitude of the islands and prevailed on Bishop Eata to exchange places with him.

Two years later Cuthbert died. In 698, monks dug up his body. To their surprise, the body had not decayed and they took this as proof of his sanctity. People began to venerate him and appeal to him in prayer. Monks prepared the beautiful Lindisfarne Gospel in his honor. To protect his relics from Viking raiders, they moved his body to Durham. There a shrine housed his remains. The English considered it a place of great holiness and adorned it with many precious gifts.

In the sixteenth century, King Henry VIII confiscated much church property. The commission that seized the valuables of Durham found that Cuthbert’s body still had not decayed. Respectfully, they permitted monks to bury it.