It Happened on MARCH 25 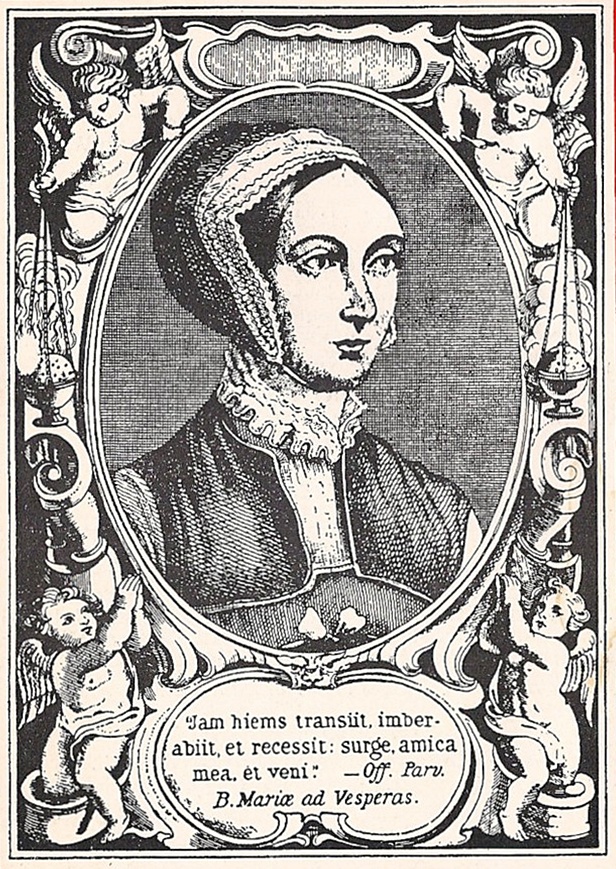 In 1970 Pope Paul VI canonized forty martyrs of England and Wales. These Catholics had run afoul of English laws four centuries earlier. For instance, a 1581 law had made it a crime to hold Catholic services or give refuge to Catholic priests. In part this was owing to Catholic plots to unseat Queen Elizabeth I, whom Pope Pius V had excommunicated and declared the illegitimate ruler of England.

Among the forty martyrs, priests and monks predominated, but three women were included. One of them, Margaret Clitherow, had hidden priests in Yorkshire so they could provide religious instruction and services for Catholics. Apart from a few city records, such as a register of her marriage to John Clitherow, most of what we know about Margaret comes from a biography written by her last confessor, Father John Mush.

Margaret was fifteen when she married John, and she converted to Catholicism about three years later. Although her husband remained with the Church of England, he was not unsympathetic to his wife’s cause: one of his own brothers was a priest. John paid Margaret’s fines for not attending the established church. However, Margaret kept her activities hidden from him as much as possible because, as bridgemaster, he was required to report Catholic activities. She invented excuses, such as attending sick people, to visit sites where Mass was secretly held.

In 1577, six years after her marriage, she was sent to prison for failure to attend Church of England services. Over the next nine years, she was imprisoned several more times for religious offenses, once for twenty months. Despite the danger, she said, “If God’s priests dare venture themselves to my house, I will never refuse them.” During one incarceration, she learned to read English.

She was prudent, clean, hard-working, charitable, and faithful, and she bore John at least two sons and a daughter who lived to adulthood. Evidently her influence on her children was strong: the two boys became Catholic priests and the daughter became a nun. Her attitude toward her servants was that she would not ask them to do any job she was not willing to do herself.

Her personal religious observances included partaking of illegal Masses, walking barefoot to sacred sites, frequent fasting, twice-weekly confession to priests, and similar mortifications. In spite of her absences while in jail, John declared her the best of wives. When she was condemned to death, he wept and said, “Let them take all I have and save her, for she is the best wife in all England, and the best Catholic also.”

Her condemnation came in 1586 after a scared, ten-year-old boy, threatened by authorities, revealed where Margaret had hidden a priest. The authorities arrested her. To protect her children and servants from having to testify against her, she refused to enter a plea. As the law stood, the authorities had to punish her using a general statute. They proceeded, although Wiggington, a leading Puritan minister, publicly warned them it was not right under God’s law to execute her on the word of a mere child.

Nonetheless the city leaders sentenced her to be stripped naked and pressed to death with a sharp rock under her back. Sentence was carried out on this day 25 March, 1586in the tollbooth of the bridge where John was master. Told she must confess that she died for treason, she replied, “No, no, Mr. Sheriff, I die for the love of my Lord Jesu.”

Margaret was placed under a door taken from her own house. Eight hundred pounds of rocks were piled on it. Her back broke on the sharp rock and her ribs cracked and the ends pushed through her chest. It took her about fifteen minutes to die. Her last intelligible words were “Jesu! Jesu! Jesu! have mercy upon me!”