It Happened on MARCH 19 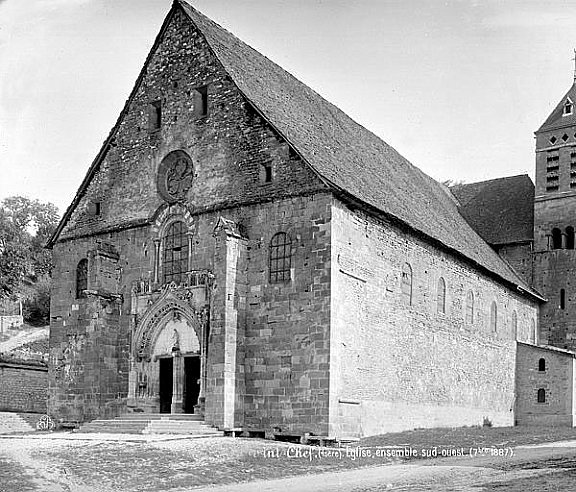 Historic church from the Saint-Chef region in which Hugh of St. Cher was born.

HUGH OF ST. CHER was born near Vienne, France, around 1190 and obtained his doctorate in Paris. He entered the Dominican order and quickly rose to positions of leadership and trust. Pope Gregory IX sent him as an envoy to Constantinople. Eventually Pope Innocent IV made him a cardinal—a first for the Dominicans. He would serve Innocent in many capacities. Although politically savvy, Hugh was also a great scholar and an innovator in theology. It is for his scholarship that he is usually remembered.

Hugh oversaw the creation of three major Bible study aids. The first of these was a list of corrections to the Latin text of the Bible, the Vulgate. He wanted to get as close as possible to the meaning of the original Hebrew and Greek. Sometimes he even rejected comments by Jerome, who had made the Vulgate translation.

Another resource Hugh and his team produced was a commentary on the Bible, quoting many of the authorities known in his day. After the emergence of printing two centuries later, this commentary remained in such demand that it would go through many editions.

Yet the most famous and useful work he oversaw was the compilation of a concordance. A Bible concordance is an alphabetical list of words from the Bible showing all the places that the word appears. Hugh’s concordance was created for the Vulgate. Since verse numbers had not been added to chapters, he broke each chapter into seven parts to which he gave letters of the alphabet. The only person known to have attempted to compile a Bible concordance before Hugh was Anthony of Padua. Hugh’s concordance, however, was far more thorough. As many as five hundred Dominicans worked on it.

Unlike modern concordances, Hugh’s gave only the Latin word without any text around it. All the same, it was invaluable to those who came after him. Hugh was serious about providing people with high-quality preaching, and he labored to refute heresies and errors. His Bible tools aided him in these endeavors.

Hugh also approved the observance of the Corpus Christi feast in Germany and proposed the Roman Catholic teaching known as the “treasury of merits.” This teaching stated that since the saints had accumulated such an immeasurable abundance of merits along with Christ’s infinite merit, their merits could be transferred to other Christians. As this teaching was directly implicated in the sale of indulgences, it came under heavy attack during the Reformation.