It Happened on FEBRUARY 22 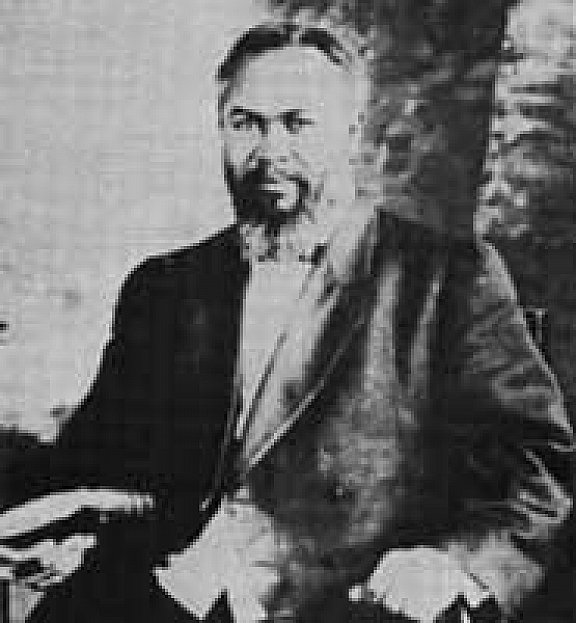 JULIA HUTCHINS, an African-American preacher in Los Angeles, wanted to go to Africa as a missionary. Needing a replacement to lead the storefront mission she had founded, she wrote to William J. Seymour, inviting him to take her place. Seymour was in Texas where he had been studying under Charles Parham, a faith-healer and tongues advocate. Parham counseled against the move to California, but Seymour felt it was a call of God. On this day, 22 February 1906, he arrived in Los Angeles—a historic moment for Pentecostalism.

Hutchins quickly decided Seymour was not the man she wanted after all: he preached that speaking in tongues was the sign of Holy Spirit filling, which she did not believe. Now Seymour was in a quandary: he had no congregation and no money. A kindly couple loaned him a room in their house and soon he was leading prayer meetings in their home. By April this had blossomed into a full-grown church. The group rented a building on Azusa Street, calling their work the Apostolic Faith Mission. It is better known as the Azusa Street Mission.

For pews they laid planks atop barrels. Crowds gathered, and revival broke out. Men and women of many doctrinal backgrounds, white and black, confessed their sins, testified of God’s power, and spoke in tongues. They claimed visions, danced, shook, barked, and manifested other strange behavior. The press jeered. Unfazed, Seymour held three services a day, seven days a week for three years. Converts fanned out across California to share their enthusiasm.

Through eyewitness accounts and newspaper stories, thousands heard of the revival and flocked to Los Angeles to experience the phenomenon for themselves. Many returned home to spread the fervor. The noisiness of Pentecostal meetings, the babble of tongues, and the frequent refusal of adherents to accept medical care brought them into derision and even outright persecution. However, their call for a transforming encounter with God through the Holy Spirit and their demand for a faithful witness to Christ were not easily brushed aside. Consequently, many modern churches and ministries look back to Azusa as their inspiration.

Seymour told his audiences, “Don’t go out of here talking about tongues; talk about Jesus.” However, Parham denounced Azusa as “spiritual power prostituted.” A racist, he was appalled at the mixing of whites and blacks in the church and tried unsuccessfully to wrestle the work away from Seymour.

[The Azusa Street Project conveys the story of Seymour and the revival.]

Seymour continued to lead the Azusa mission. However, after two women co-workers absconded with the mission’s mailing list, he could no longer raise support. By 1913 his following was effectively gone. Not only had he preached that he would never die, but most of his remaining congregation fell into an anti-Trinitarian heresy and abandoned him.