It Happened on FEBRUARY 21 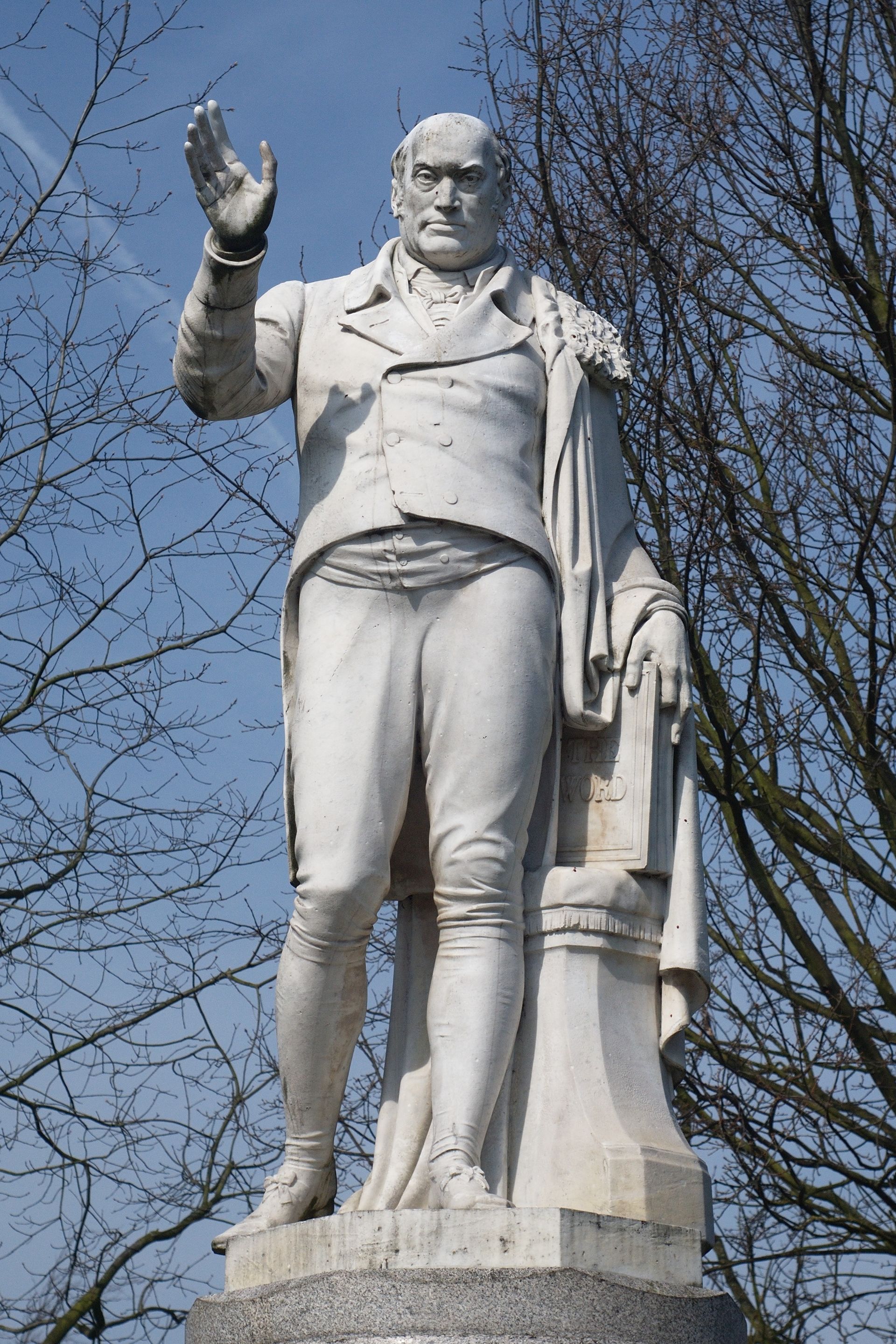 [Above: Statue of Robert Hall in Leicester.—NotFromUtrecht / [CC-by-SA 3.0] Wikimedia]

Corruption abounded. The government planted informers and spied on its own citizens. Abetted by powerful politicians, mobs threatened individuals. They went so far as to burn the homes and churches of some who dared to speak in opposition to the administration and national religion. Using faked insurrections as a pretext, the regime cracked down on free discussion. By false alarms, they distracted the populace. Leaders spouted easily disproven lies. They harassed and arrested journalists who wrote the truth. Justice was lost in convoluted laws. Endless foreign wars ate up the national wealth. Almost everyone in power seemed bought and paid for, so that electors represented powerful interests, not their own constituents. The media reeked with falsehoods. The virtuous were treated as wicked, the wicked as virtuous.

Sound familiar? That was the Britain that Robert Hall inhabited. Alarmed, he addressed the erosion of liberty in his 1793 pamphlet, Apology for the Freedom of the Press, and for General Liberty.

Hall’s pamphlet, one of the most powerful defenses ever made for freedom of speech, repays rereading in our own day when voices are suppressed and silenced in the West as at no other time in the last century. He noted that goodness welcomes investigation whereas evil cloaks itself in darkness. “Everything that is really excellent will bear examination, it will even invite it, and the more narrowly it is surveyed, to the more advantage it will appear.” Stifling voices has its dangers: “There is no injury which [men] will remember so long or resent so deeply, as that of being threatened into silence.”

Robert Hall’s faith made it logical for him to issue such a pamphlet. As a dissenting pastor in eighteenth-century England, laboring under legal and social disadvantages, he was especially sensitive to the value of civil liberties. Dissenters (often Baptists, as was Hall) disagreed with the forms and methods of the established church. Typically, they called for separation of church and state and were ardent advocates of freedom of speech, crucial to their preaching.

Trained at King’s College, Aberdeen, Hall showed early brilliance (he had mastered the difficult works of Joseph Butler and Jonathan Edwards at nine years of age). He entered the ministry as an assistant to Dr. Evans at Bristol Chapel. After their relationship cooled, he left to minister to a Cambridge church which was veering into false doctrines about Christ (Socinianism). Under his preaching, the tendency was reversed. Students from Cambridge came to hear his evening sermons. The depth of his ideas was so great, and the force of his convictions so passionate, that he held large audiences spellbound despite a weak voice.

A woman whose hand he sought in marriage toyed with his affections just to have the amusement of rejecting him. (She often boasted afterward of her conquest.) This and the strain of preaching brought him to use tobacco and opium. Possibly it was overdoses of opium that put him in a mental asylum twice. He left Cambridge for a smaller church in Leicester and it expanded under his care. There he married a servant girl of sweet disposition who proved to be an admirable and deeply cherished wife. He had no more mental breakdowns. They had five children.

He closed his career in the city where it had begun—in Bristol. Kidney stones and heart problems tormented his last years. At the end, after weeks marred with bouts of excruciating pain, Robert Hall died on this day, 21 February 1831.

Although his published works include sermons, poems, speeches, reviews, and short biographies, the work that most speaks to our day is the Apology for Freedom of Speech.