It Happened on FEBRUARY 23

RACING TO ESTABLISH THE CHURCH IN INDIA, ZIEGENBALG BURNED OUT YOUNG 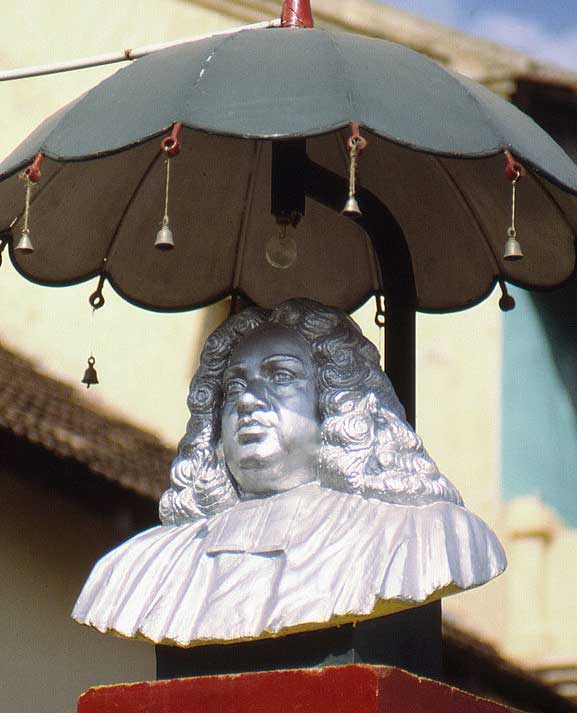 Eighty-six years before William Carey began his internationally famous mission work in India, Danish missionaries had introduced the gospel there. Bartholomew Ziegenbalg and Heinrich Pluetshau made their way to Tranquebar in 1706, sponsored by the King of Denmark.

Twenty-three-year-old Ziegenbalg rapidly learned the Tamil language and translated the New Testament into it by 1711. He followed that achievement with about half of the Old Testament. His was the first-known Scripture translation into an Indian language.

Ziegenbalg and Pluetshau met stiff resistance from Hindus who despised Christianity because of the low morals of European colonists. The local Dutch government also resisted the work of the Danish missionaries, fearing that their teachings and social work would breed unrest. They even imprisoned the Lutheran missionary for four months. This did not stop zealous Ziegenbalg from continuing his evangelism as soon as he was released. He met challenges by intensive prayer and faithfully accounted for all his activities in his extensive correspondence with his supporters.

The Danish missionaries also were undercut by Christian Wendt, chairman of the Danish mission, who refused to forward the donations that had been contributed to the work, believing the missionaries should follow the apostolic pattern of going out by twos to preach, taking nothing with them. As the missionaries desperately needed money to fund schools and printing, both needed to establish an indigenous church in which Indians would rule themselves, their work was greatly impeded. Finally, King Frederick IV of Denmark had to relieve Wednt of his duties.

However, the loss of Pluetshau, who had to leave the field after seven years, owing to ill health, and the stresses of dealing with Wendt had seriously undermined Ziegenbalg’s health. He died at thirty-six years of age on this day, February 23, 1719, leaving a pregnant wife and two children.

In his thirteen years of service in India, he had accomplished much. In addition to his translation work, he had helped plant several schools, including the first girl’s school in India, established a seminary, converted and baptized over two hundred Indians, operated presses, prepared dictionaries, published a Tamil grammar, collected Tamil manuscripts, trained a future generation of Christian pastors, written several books, contributed to the world’s first mission newsletter, and constructed a church building which has seen over three hundred years of continuous service.

He was wise in his choice of principles. These five are adapted from a list in Stephen Neill’s history of Christian missions: (1) Church and school go together. (2) The Word of God must be in the Christians’ own language. (3) Gospel preaching must be based on an accurate knowledge of the mind of the people. (To achieve this, Ziegenbalg studied Hindu culture. Among his books was Genealogy of the South-Indian Gods, a manual of the mythology and religion of the people of southern India, including a description of popular Hinduism.) (4) The mission must aim at definite, personal conversions and (5) The Indian church must take responsibility for itself as soon as possible.