It Happened on DECEMBER 5

SABAS DEVELOPED MONASTICISM IN THE MIDEAST AND BATTLED HERESY 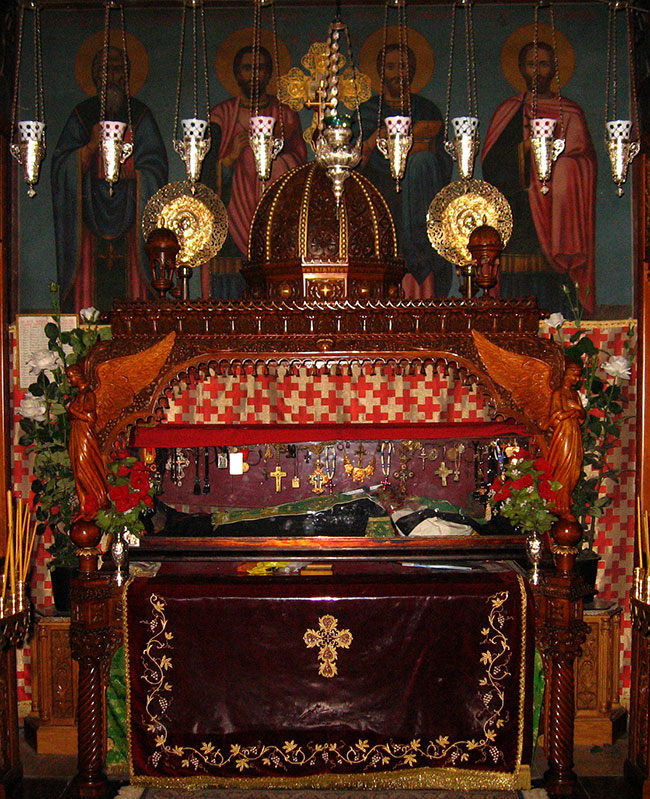 DURING THE FOURTH CENTURY, Cappadocia was a center of intense Christianity. Basil, preeminent among its religious leaders, founded a number of monasteries that provided religious instruction and useful services to the region. In the following century, a believer emerged from Cappadocia who reaped the benefits of the work of Basil and his friends.

Sabas was born in January 439. His father, John, was a military commander. When Sabas was five, duty took John to Alexandria along with Sabas’s mother, Sophia. Sabas was left with Sophia’s brother. His aunt was harsh with the boy, and he sought shelter with another uncle after three years of abuse. The two uncles then quarreled and went to court over management of Sabas’s property. Disgusted at the spectacle, eight-year-old Sabas fled to one of the nearby Basilian monasteries, renouncing the world.

No inducement, then or later, could coax him to leave the religious life. For instance, after he became a man, he had to visit Egypt on monastic business and encountered his mother and father. They pleaded with him to leave the monastery and marry, or at least to accept a large sum of money for his support. He accepted only three gold coins which he gave to his superior.

When Sabas turned eighteen, he obtained leave to travel to Jerusalem to visit the places associated with Christ and learn from the saints living there. After spending several years in local monasteries, he obtained permission to settle in Kedron, southeast of Jerusalem. There he toiled to support himself and spent long hours in prayer. His sanctity attracted followers and a community known as Mar Saba sprang up, growing to about 150 monks. (It still functions to this day.)

Some monks who favored the doctrines of Origen began to agitate against Sabas, using as their pretext a need for an abbot who was also a priest and could administer the sacraments. They knew Sabas considered himself unworthy of the priesthood. Patriarch Sallus of Jerusalem investigated their complaints and resolved the issue by consecrating Sabas as a priest despite his protests. The agitators were not mollified, especially when Sabas insisted on leaving the community for solitude each Lent; so Sabas withdrew and founded another monastery. However, about sixty of the disaffected monks left to form their own community. Unable to obtain supplies, they were starving until Sabas intervened to help them. He won their repentance by showing them the love they had denied him. Altogether Sabas and his associates founded fourteen monasteries in the region of the Holy Land as well as four hospices for the accommodation of travelers.

Sabas strongly opposed all heresy, especially Eutychianism (a form of monophysitism which denied that Christ had both human and divine wills.) Sabas counseled Emperor Anastasius (in 511) and Justinian (in 531) against Eutychian teachings. The former clung to monophysite teachings and persecuted orthodox bishops while the latter rejected the heresy. Sabas himself sought to spread the truth throughout Caesarea, Scythopolis, and other places, preaching orthodox faith and holy living.

At ninety-one, Sabas traveled to Constantinople to respond to false charges made against the Christian community of Jerusalem. Emperor Justinian received him with kindness and even offered to support Sabas’s monasteries, but Sabas asked only a remission of taxes. Sabas died on this day 5 December 532, shortly after his return from Constantinople, aged ninety-four.

Sabas is credited with composing Palestine’s first monastic Rule of church services, the “Jerusalem Typikon,” accepted by all the Palestine monasteries. He was also credited with many miracles, wise teachings, and battles against demons. One claim says he took over a lion’s cave and pacified the beast with his words. Crusaders took his relics to Venice in the twelfth century, but Pope Paul VI restored them to Sabas’s monastery in 1965 in an effort to build bridges with the Eastern Orthodox.