It Happened on DECEMBER 4

SOMETHING WENT WRONG ON THE CABIXI AND DAVID YARWOOD DIED 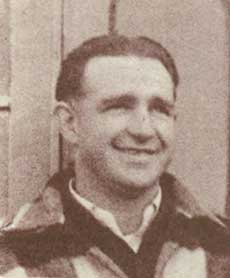 The best guess (based on his journal and calendar) is that David Yarwood was killed on this day, 4 December 1951. His last journal entry, on 3 December, mentioned that a number of Indians had emerged from the Brazilian woods. Five days later Brazilians found his body with four arrows in it. Both arms and a foot were missing.

Yarwood was in Brazil as a missionary with New Tribes Mission. After he had been a year and a half in Brazil, he, with Bruce Porterfield and Jim Ostewig had made contact with Nambiquara Indians on the Cabixi (cob-i-SHE) River, near Paredon, Brazil, in an area of dense jungle not far from Bolivia. Their desire was to live with these elusive Indians, learn their language, and present the gospel.

In one of his last letters Yarwood had written:

We believe the Lord has caused them to trust us, and it’s been such a blessing to be with them—dirty, immoral and unlovely as they are. It’s only the love of Christ constraining us that we can do it. We sit with them and laugh and chatter back and forth, each in his language, and we try to intersperse a few words we’ve gotten, frantically using out arms, faces, everything to get our ideas across.

To the missionaries involved in the first contact, matters seemed to be going well. The Indians had brought their children and women to meetings, indicating friendship. Later Porterfield and Ostewig also brought their wives. However, the married missionaries had to leave to meet other obligations. Yarwood insisted on staying so that he could learn as many words as possible before the rainy season ended contact.

So what went wrong? Some traders had tried to take advantage of Nambiquara women shortly before. Perhaps this spooked the Indians. Yarwood was alone at his outpost when the attack came so we may never know exactly what happened that day. It appeared that he had been struck with three arrows and had made a dash for his canoe when the fourth dispatched him.

Tax collectors found Yarwood’s body and brought the news to the Porterfields and Ostewigs. Bruce and Jim hurried back up the river, reaching the scene about ten days after Yarwood’s death. They buried their friend’s remains. Having labored together to establish an outpost of God’s kingdom—struggling against rain, thirst, army ants, filth, and all the other dangers of the jungle—they had grown closer than brothers with Yarwood. Their consolation lay in reminding themselves that he had been promoted into the presence of the Lord.

When Yarwood’s mother received the news, she responded that she would rather have lost him on a mission field than have him stay home and do nothing.