It Happened on DECEMBER 3 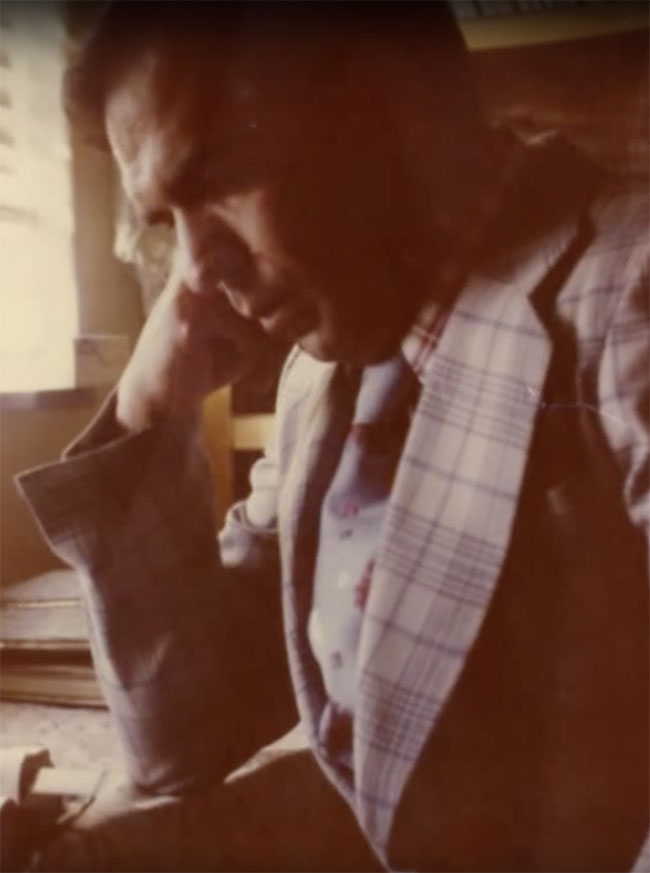 [Hossmein Soodmand from a YouTube presentation by his daughter]

ON THIS DAY, 3 December 1990, Iran hanged Hossmein Soodmand, an Assemblies of God pastor. His “crime” had been committed thirty years before and broken no law on the books—he had converted as a young man from Islam to Christianity. Soodmand could have escaped the death penalty by recanting his faith but refused.

The martyred pastor left behind him an almost-blind wife and four children. A son, Ramtin, also became a Christian worker and would be imprisoned eighteen years later in 2008. Soodmand's daughter, Rashin, obtained asylum in the West where she engaged in Christian ministry and spoke out against Iran’s persecution of Christians.

In an interview, Rashin described two events that had brought her father to Christ. The first occurred when he was seven. As a good Muslim, he hated Christians. One day he threw a stone to break a Christian woman’s water pot. Successful, he turned to run but stumbled and cut his knee. The woman moved toward him and he expected her to hit him. Instead she helped him up, cleaned his wound, and gave him a sweet treat. The second incident occurred while he was in the army. He became so ill he had to be hospitalized. An Armenian Christian prayed over him and he awoke healed, having dreamed of Jesus in the night.

After his recovery, he located a Christian house of worship where he was mentored in his newfound faith and became a mouthpiece for Christ. While assisting at a Christian Institute for the Blind in Isfahan, he met Mahtab Noorvash, whom he married. (The pastor who performed the ceremony would die as a martyr, too.)

Under the Shah of Iran, conversion to Christianity was not treated as a crime. However, when the Islamic Revolution seized Iran and Ayatollah Khomeini rose to power, repression of Christians intensified. Had Soodmand merely been a participating layman in a church, he would probably not have suffered severe persecution. But he had moved back to his hometown of Mashhad and established a growing church in his basement. Authorities often warned Soodmand and gave him chances to renounce his faith. Christians offered to help him escape from Iran but he refused to abandon his pastoral work. Finally, he was arrested. Two weeks later, his family learned he had been executed.

Although no secular law said Soodmand’s conversion was illegal, Iran’s clerical rulers had instructed judges to apply Sharia law wherever the official code did not explicitly spell out a crime. Sharia consists mostly of previous rulings and precedents. Under all versions of Sharia, the death penalty is applicable for one who converts away from Islam. The bottom line was that Iran’s Muslim leaders wanted witnesses like Soodmand silenced so that they could not convert more people to Christianity.

Rashin was thirteen when her father was arrested and executed. “Of course, my father refused to give up his faith. . . . He could not renounce his God. His belief in Christ was his life—it was his deepest conviction.” She said her family was not permitted to bury his body, nor to mark his grave after workers interred him in a cemetery reserved for the accursed.

Muslims continue to come to Christ, many through dreams. More than Dreams  tells the story of five.