It Happened on OCTOBER 8

BENJAMIN KEACH CONDEMNED TO THE PILLORY FOR BAPTIST BOOK 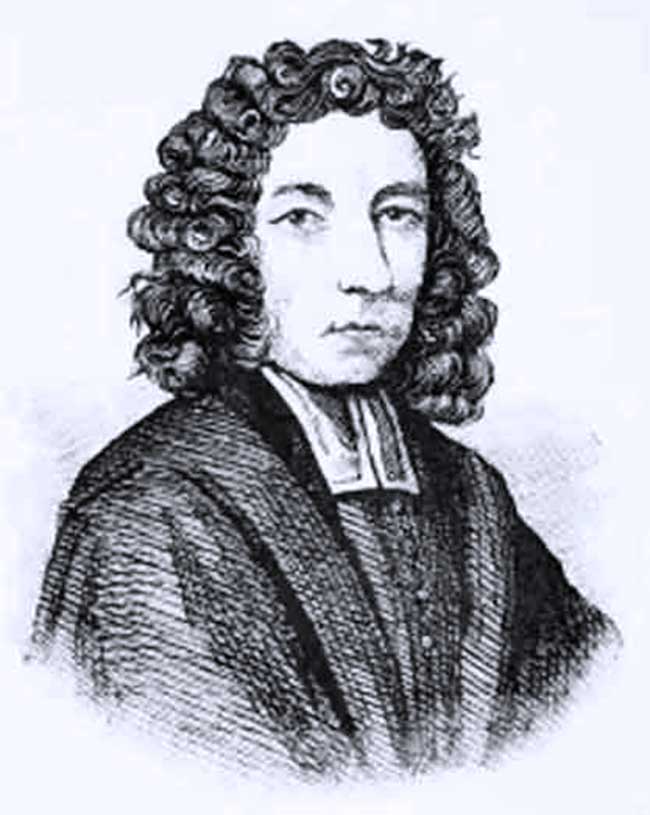 On this day, 8 October 1664, twenty-four-year-old Baptist pastor Benjamin Keach stood before Lord Chief Justice Hyde, a hostile magistrate, at the Aylesbury Assizes. Thomas Disney, a Church of England minister, had complained of Keach’s recent book, The Child’s Instructor; or, a New and Easy Primmer, alleging that it contained “schismaticall factions and hereticall matter.” Disney was sure that informing on Keach was an “acceptable service to God’s church.”

Hyde tried to find reasons to sentence Keach to death, but failed. The jury at first found Keach guilty only of misquoting a Scripture, but Hyde refused to accept that verdict and bullied them into finding the Baptist minister guilty of other charges. Historians suppose that the “heresy” consisted of rejection of infant baptism. (Baptists teach that the rite is only for those mature enough to confess belief in Christ.) The book’s contents cannot be ascertained, however, because the judge ordered all copies seized and burned. Not a copy has survived to our day.

Keach’s entire sentence was as follows, and was carried out in full, although the magistrates could not compel Keach to renounce a syllable of his belief.

Benjamin Keach, you are here convicted of writing and publishing a seditious and scandalous Book, for which the Court’s judgment is this, and the Court doth award, That you shall go to gaol for a fortnight, without bail or mainprise [surities]; and the next Saturday to stand upon the pillory at Ailsbury for the space of two hours, from eleven o’clock to one, with a paper upon your head with this inscription, For writing, printing and publishing a schismatical book, entitled, The Child’s Instructor, or a new and easy Primmer. And the next Thursday so stand in the same manner and for the same time in the market of Winslow; and there your book shall be openly burnt before your face by the common hangman, in disgrace to you and your doctrine. And you shall forfeit to the King’s Majesty the sum of £20 and shall remain in gaol until you find sureties for your good behaviour and appearance at the next assizes, there to renounce your doctrine, and to make such public submission as shall be enjoined you. Take him away, keeper!

Crowds often jeered pilloried malfactors and pelted the helpless victims with pebbles and other small objects. But in Keach’s case they listened with respect as he preached to them. Infuriated authorites ordered him to keep quiet and threatened to gag him. Perhaps it helped that his wife Jane Grove stood beside him while he was in the pillory.

Undeterred by the punishment he received at Aylesbury, Keach continued to preach Baptist doctrine and to write and publish, including new works to train children, books on holy living, a book on Baptist organization and discipline, allegories, and hymnbooks. He would be fined several times.

Typical of Keach’s teaching is this excerpt calling for a heart-changing faith from his book The Travels of True Godliness:

True Godliness consists in the light of supernatural truths and life of grace, God manifesting himself in the light of those glorious principles, and working the life of supernatural grace in the soul by the Holy Ghost. It consists in the saving and experimental knowledge of God and Jesus Christ; in having the evil qualities of the soul removed, and heavenly habits infused in their room; or in a gracious conformity, disposition, and affection of the heart to God, cleaving to all truths made known to us, finding the powerful influences of the gospel and spirit of Christ upon us, whereby our souls are brought into the image and likeness of his death and resurrection.

An advocate of hymn singing, Keach introduced the practice at Horselydown. Based on Mark 14:26 and Matthew 26:30, he felt Scripture warranted hymn singing after each observance of the Lord’s Supper. The congregation at Horselydown is thought to have been the first in England to adopt hymn singing. For many Christians, psalms alone were considered acceptable for worship, and a few of Keach’s members were so offended by his introduction of this novelty that they withdrew.

In 1689, Keach became so ill he appeared likely to die. Rev. Hansard Knollys prayed that God would spare his friend and grant him the same number of years he had given Hezekiah in a deadly illness (2 Kings 20). Remarkably, Keach recovered and lived fifteen more years, just as Hezekiah had.