It Happened on JANUARY 12 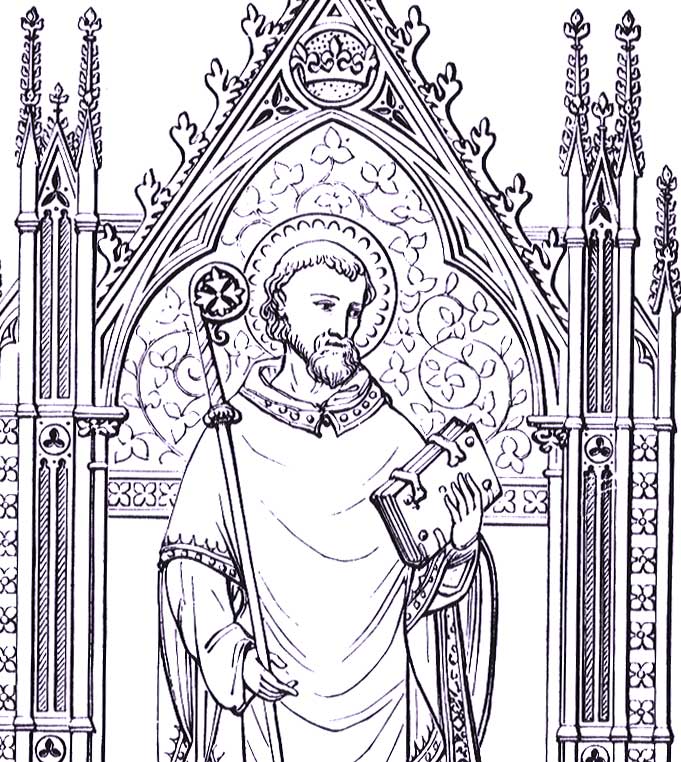 Aelred, son of a priest, became one of twelfth-century Northumbria’s most famous abbots. He found it painful to become a monk, however. A man of deep affections, he hated to leave friends and family for the cloister, and said (to quote John Newman), “though he left them in body in order to serve his Lord, his heart was always with them.”

Among his close friends were members of the Scottish royal family. His childhood playmate had been Henry, son of David, Scotland’s future king. Eventually Aelred became a steward in the household of King David, whom he loved. After the good king died in 1153, Aelred wrote a memoir of him. By then Aelred had been a monk for nineteen years and had served as abbot of Revesby and then of Rievaulx.

Dissatisfied with secular pursuits, he brushed aside the pleas of his royal patron to remain in his household and instead entered the Cistercian monastery at Rievaulx in Lincolnshire. The Cistercian order was particularly strict, seeking to reform the spiritual laxity of the age. Its members drank nothing but water, ate frugal meals, worked diligently, slept little (and that on hard boards), spoke only when permitted, allowed themselves no amusements, avoided quarrels or lawsuits, and performed whatever tasks they were assigned.

One of Aelred’s first assignments at Rievaux was to train novices. Later his abbot commanded him to write a book on the love of God. He would write many more books, including a rule for his sister’s convent and a study of Christian friendship (modeled on Cicero): “What statement about friendship can be more sublime, more true, more valuable than this: it has been proved that friendship must begin in Christ, continue with Christ, and be perfected by Christ.”

Aelred’s friendship was no barren thing. It made him humble, patient, and affectionate. He wrote of not being able to find words to express the joy he felt at the sight of each of his brother monks. Abbot Gilbert of Swineshead in Lincolnshire said, “Patiently did he bear with those who were troublesome, although himself a trouble to none; while he was acute in seeing what was wrong, he was long before he noticed it, and patient in bearing it.” Other contemporaries attributed the same gentle and patient character to him.

His humility and love of solitude made him refuse several offers of bishoprics. However, he could leave his peaceable surroundings when duty called. In c. 1160 he convinced Fergus, the chief of a wild Gallowegian clan to make a permanent peace with King Malcolm. One of Aelred’s many books was a life of St. Ninian who had founded the see of Whitehorn (aka Whiterne) in the region of Galloway. He also wrote a life of St. Edward the Confessor and a stirring account of the Battle of the Standard that took place in 1138 in which King David fought for his niece Matilda who claimed the English throne occupied by King Stephen.

The last decade of Aelred’s life was marred by severe kidney stones. He bore his misery bravely, overcoming his bodily torments with spiritual exercises.

Brethren, I tell you, no misfortune can I suffer, nothing sad or bitter arise, which by the opening of the Holy Scriptures cannot be made to vanish, or be borne with greater ease. How often, sweet Jesus, does my day turn into evening; how often does intolerable pain, like the darkness of night, succeed to the feeble light of consolation. All things become tasteless; all that I see is a burden to me. But I go to meditate in Thy fields, I turn over the sacred page, then does Thy grace, sweet Jesus, drive away the darkness with its light, do away with weariness, and then do tears succeed to groans, and heavenly joy follows tears.

Aelred died at Rievaulx on this day, 12 January 1167. Or so says tradition; the date actually is uncertain. Be that as it may, his books made him one of the great chroniclers and religious authors of his age.

For more on spiritual friendship, see Christian History #132 "I have called you friends"