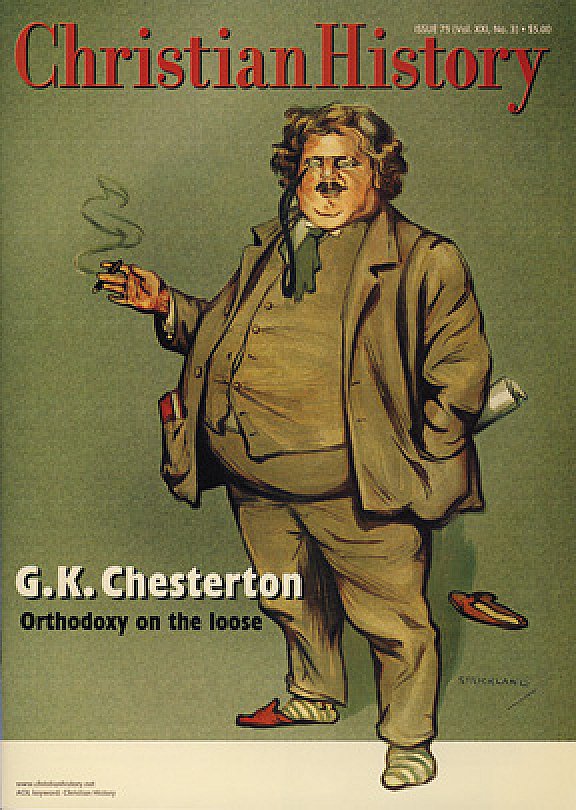 Chesterton, Did you know

G.K. Chesterton: From the Editor — Diamonds and the Rough

For the wit and turn of words contained in one sentence, I don’t think he has an equal anywhere.

The Road to Rome

In His Own Words, Part 1

In His Own Words, Part 2

He read his times and wrote about times to come.

Chesterton’s ideas on this controversial subject reflected the strengths of the two women he knew best.

Genius with a Message

Every piece in Chesterton’s immense body of published work bears the imprint of his soul.

Oblivious to convention, Chesterton launched a bold campaign to point a mad world back to truth.

With Father Brown, the sleuth who plumbed hearts, Chesterton redefined the whodunit.

One might say that Father Brown's conspicuous quality was not being conspicuous.

The World Made Strange

Economics after God’s Own Image

Appaled by the “slavery” of the British working class, Chesterton joined Hilaire Belloc in promoting a brave new ideal.

Chesterton clashed with many leading intellectuals of his day. He also counted them as friends.

Interview — Exactly the Opposite

Chesterton is seldom what we expect but often what we need.

How the church fostered science and technology

"I Have Called You Friends"