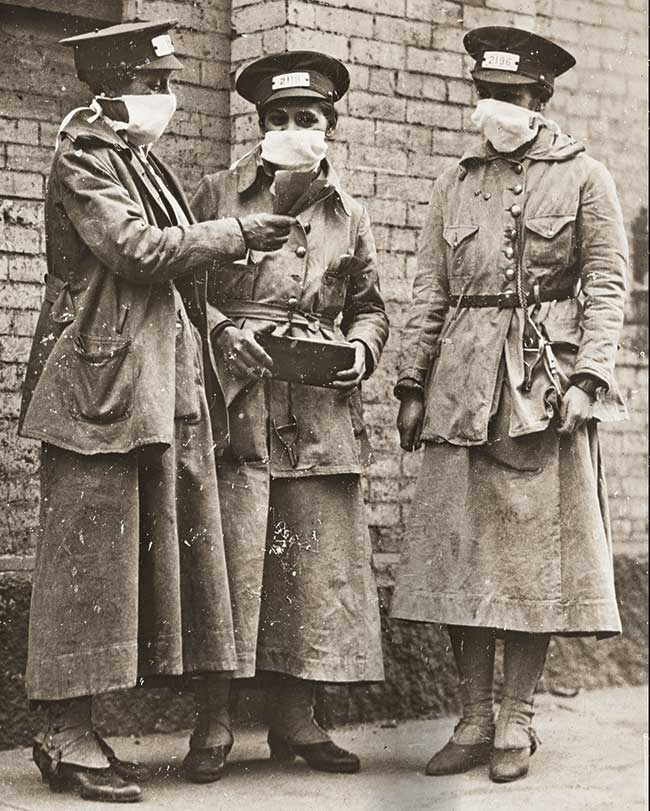 In the early twentieth century, crowded neighborhoods brimmed with contagious disease. Tenements often had one or two bathrooms for four or five families to share. Iceboxes were a luxury. Garbage heaps piled up in alleys where children played, and human excrement attracted flies. Heating food and cleaning dishes was essential to kill disease, but coal-fired stoves were expensive.

The 1918–1919 flu struck hard in these cities, especially in the most crowded neighborhoods, filled with immigrants and African Americans. White American church leaders, many of whom had already begun moving to the suburbs, addressed the flu as a part of attempts to remediate poverty, unemployment, poor sanitation, and poor literacy rates. It was relatively easy to move Anglo, middle-class parishioners to care about “the hungry” and “the children”; but leaders encountered resistance when they suggested that the church had a responsibility to care about public health.

This frustration animated Harry Ward’s Sunday school manual Poverty and Wealth from the Viewpoint of the Kingdom of God (1915). Ward, a British immigrant and Methodist Social Gospel minister, spent years working among the poor and challenged American Christians to consider their reluctance to invest in public health. “The missionary fervor of the doctor meets no kindred response” among those who call themselves Home Missionaries, he said, adding, “A spendthrift people are penurious in their health appropriations.” In the midst of worldwide pandemic and the mass quarantining of the poor, Ward encouraged Sunday school classes to ask themselves: “What obligation does my health place upon me with reference to the sickness of others?”

During the New Deal, Ward successfully championed legislation for workmen’s compensation, unemployment assistance, and old age pensions, but never sold Americans on the idea of health care as a public good.