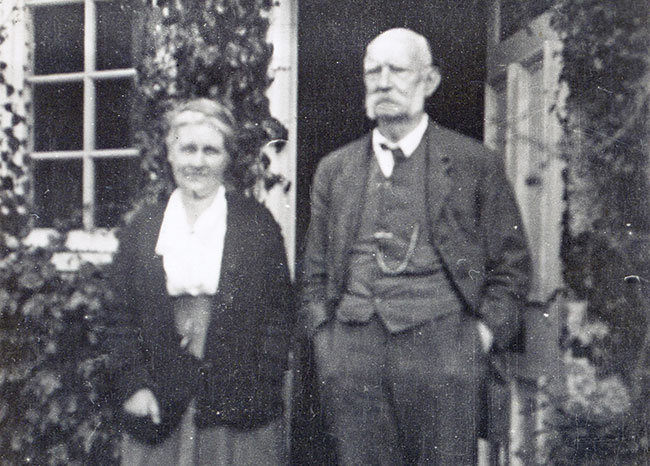 Lewis’s private tutor from 1914 to 1917, the brilliant W. T. Kirkpatrick (1848–1921), wasted no time in setting the pretentious schoolboy straight: “Do you not see, then, that your remark was meaningless?” Despite Kirkpatrick’s view “that [for] human beings [to] exercise their vocal organs for any purpose except that of communicating or discovering truth . . . was preposterous,” Lewis did not flee to a less critical environment. Rather he later reported that these two and a half years with Kirkpatrick were among the happiest and most formative of his life.

On September 18, 1914, shortly after the outbreak of World War I, 15-year-old C. S. Lewis left his Belfast home to begin private tutoring at Great Bookham, Surrey, with the formidable Kirkpatrick. Kirkpatrick (also known to the Lewises as “The Great Knock” and “Kirk”) had been the teacher both of Lewis’s father, Albert Lewis—who served as Kirkpatrick’s lawyer later in life—and Lewis’s older brother, Warnie. Warnie had blossomed under Kirkpatrick’s tutelage: “When I went to Bookham I had what would now be called ‘an inferiority complex,’” he wrote. But,

a few weeks of Kirk’s sparing praise of my efforts, and of his pungent criticisms of the [masters at Warnie’s previous school] restored my long-lost self confidence: I saw that whilst I was not brilliant or even clever, I had in the past been unsuccessful because I was lazy and not lazy because I was unsuccessful.

Given Jack Lewis’s spectacularly unfortunate experiences at English public schools, the Lewises were only too happy to accept the now-retired Kirkpatrick’s offer to prepare Jack Lewis for Oxford privately. Kirkpatrick was an imposing figure, even at nearly 70: “He was over six feet tall . . . lean as a rake and immensely muscular.” Another former student of Kirkpatrick wrote that “he was . . . a man of unusual mental power and grasp, of an overmastering influence on the mind.”

Apply one dose of Socratic method

Jack Lewis, like his brother, thrived under Kirkpatrick’s relentless Socratic method. He later wrote, “If ever a man came near to being a purely logical entity, that man was Kirk.” Lewis did not resent Kirk’s pedagogy because it “dawned on me that he really wanted to know. . . . Here was a man who thought not about you but about what you said.” In the end Lewis came to give as good as he got in arguments with Kirk.

Kirkpatrick’s force-feed approach to language was equally daunting, but to a person with Lewis’s photographic memory it opened a vast world of learning. After a cursory glance at grammar, Kirk would read several lines of text, translate them to show his pupil how it was done, hand him a lexicon and the text, and then leave the room. Lewis not only learned Greek, Latin, French, Italian, and German by this method, but also became thoroughly acquainted with the great works of Western literature. By the end of Jack’s first year at Great Bookham, Kirkpatrick wrote to Albert Lewis that the now 16-year-old was “the most brilliant translator of Greek plays I have ever met.”

Lewis exulted in his typical day at Great Bookham: “If I could please myself I would always live as I lived there”—though he also noted that it was “almost entirely selfish.” He later outlined his day: breakfast at 8, at work by 9 to read and write until precisely 1, when lunch was served. At 2, free time to read, write, or take a walk in the beauties of Surrey until 4:15 when tea was served. At 5, back to work until 7, then supper followed by voracious light reading, conversation, listening to music, and writing until 11.

Besides reason, language, and a strong work ethic, Lewis—already en route to losing his faith—picked up Kirkpatrick’s atheism. Kirkpatrick had once aspired to the ministry but by his fifties had become a staunch rationalist and emphatic atheist. Though at 16 Lewis had been confirmed in the Church of Ireland, this was a charade (for which Lewis was later deeply ashamed) only done to avoid upsetting his devout father. By 1916 Lewis wrote that he believed in no religion.

That year Lewis received a scholarship to University College, Oxford, embarking on the brilliant academic career Kirkpatrick had prepared him for (and which he told Lewis’s father was his only real career option). On March 22, 1917, having completed his studies with Kirkpatrick, Lewis left the idyllic setting of Great Bookham and returned to Belfast. But he wasn’t done with his tutor: Kirk would form the basis for the feisty atheist character MacPhee in That Hideous Strength and some elements of Professor Kirke in the Chronicles of Narnia. Many years later Lewis concluded, “My debt to him is very great, my reverence to this day undiminished.”