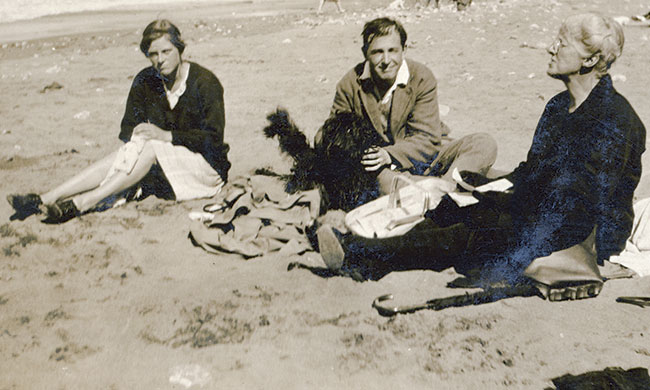 Adapted in part from the C. S. Lewis Foundation timeline at www.cslewis.org/resource/chronocsl/

— 1905 The Lewises move to Little Lea, a house in Belfast, which Jack will remember fondly.

— 1911–1913 Lewis goes to Malvern College prep school and then the college. He first rejects Christianity.

— 1917 Lewis begins study at Oxford but then enlists in the British Army, where he meets Paddy Moore, as well as Paddy’s mother, Janie, and sister, Maureen.

— 1918 Lewis is injured in World War I and sent home to recuperate. Paddy Moore is killed in action.

— 1919 Lewis resumes his studies at Oxford, where he meets Owen Barfield. Lewis publishes his first book of poetry, Spirits in Bondage.

— 1929 Lewis accepts the existence of God, influenced in part by Tolkien and another friend, Hugo Dyson. Albert Lewis dies.

— 1930 Janie Moore and the Lewis brothers buy The Kilns.

— 1932 Warnie Lewis retires from the army and moves into The Kilns.

— 1933 The Inklings begin meeting. Lewis publishes The Pilgrim’s Regress. Laurence Harwood is born, the son of Lewis’s friends Cecil and Daphne; Lewis will become his godfather.

— 1939 Charles Williams moves to Oxford and joins the Inklings. The Lewis brothers and the Moores welcome wartime evacuee children to The Kilns. Among the 11 girls they host will be June “Jill” Flewett (later Freud).

— 1942 The first meeting of the Socratic Club convenes. Joy Davidman marries Bill Gresham. Dorothy L. Sayers first corresponds with Lewis. Excluded from the all-male Inklings, she will be active in the Socratic Club.

— 1943 Lewis publishes The Abolition of Man.

— 1949 The Inklings cease meeting as a critique group, though they continue to gather at the Eagle and Child.

— 1950 Lewis publishes The Lion, the Witch and the Wardrobe.

— 1952 Lewis first meets Joy Davidman Gresham after corresponding with her (and, briefly, with Bill).

— 1954 Lewis becomes chair of medieval and Renaissance literature at Magdalen College, Cambridge. Davidman and Gresham divorce. Davidman dedicates Smoke on the Mountain to Lewis. Tolkien publishes part of The Lord of the Rings. Lewis publishes The Horse and His Boy, dedicated to David and Douglas Gresham.

— 1956 Lewis marries Davidman in a civil ceremony to extend her visa. Eight months later, after her cancer diagnosis, they marry with the church’s rite. Davidman’s cancer goes into remission. Lewis publishes Till We Have Faces and the final Narnia book, The Last Battle.

— 1960 Davidman’s cancer returns. She dies soon after she and Lewis visit Greece with Roger and June Green.

— 1964 Hooper moves to England as a literary executor for Lewis’s estate.