The elements of the conflict now raging are unmistakable, in the vast expansion of industrial pursuits and the marvelous discoveries of science; in the changed relations between masters and workmen; in the enormous fortunes of some few individuals, and the utter poverty of the masses; the increased self reliance and closer mutual combination of the working classes; as also, finally, in the prevailing moral degeneracy. The momentous gravity of the state of things now obtaining fills every mind with painful apprehension; wise men are discussing it; practical men are proposing schemes; popular meetings, legislatures, and rulers of nations are all busied with it. . . .

It is no easy matter to define the relative rights and mutual duties of the rich and of the poor, of capital and of labor. And the danger lies in this, that crafty agitators are intent on making use of these differences of opinion to pervert men’s judgments and to stir up the people to revolt.

In any case we clearly see . . . that some opportune remedy must be found quickly for the misery and wretchedness pressing so unjustly on the majority of the working class: for the ancient workingmen’s guilds were abolished in the last century, and no other protective organization took their place. Public institutions and the laws set aside the ancient religion. Hence, by degrees it has come to pass that working men have been surrendered, isolated and helpless, to the hardheartedness of employers and the greed of unchecked competition.

The mischief has been increased by rapacious usury, which, although more than once condemned by the Church, is nevertheless, under a different guise, but with like injustice, still practiced by covetous and grasping men. To this must be added that the hiring of labor and the conduct of trade are concentrated in the hands of comparatively few; so that a small number of very rich men have been able to lay upon the teeming masses of the laboring poor a yoke little better than that of slavery itself.

To remedy these wrongs the socialists, working on the poor man’s envy of the rich, are striving to do away with private property, and contend that individual possessions should become the common property of all, to be administered by the State or by municipal bodies. . . . But their contentions are so clearly powerless to end the controversy that were they carried into effect the working man himself would be among the first to suffer. They are, moreover, emphatically unjust, for they would rob the lawful possessor, distort the functions of the State, and create utter confusion in the community.

The fact that God has given the earth for the use and enjoyment of the whole human race can in no way be a bar to the owning of private property. . . . The common opinion of mankind . . . has found in the careful study of nature, and in the laws of nature, the foundations of the division of property, and the practice of all ages has consecrated the principle of private ownership, as being pre-eminently in conformity with human nature, and as conducing in the most unmistakable manner to the peace and tranquility of human existence. . . .

The great mistake made in regard to the matter now under consideration is to take up with the notion that class is naturally hostile to class, and that the wealthy and the working men are intended by nature to live in mutual conflict. . . .

Of these duties, the following bind the [working-class person]: fully and faithfully to perform the work which has been freely and equitably agreed upon; never to injure the property, nor to outrage the person, of an employer; never to resort to violence in defending their own cause, nor to engage in riot or disorder; and to have nothing to do with men of evil principles, who work upon the people with artful promises of great results, and excite foolish hopes which usually end in useless regrets and grievous loss.

The following duties bind the wealthy owner and the employer: not to look upon their work people as their bondsmen, but to respect in every man his dignity as a person ennobled by Christian character. . . .

But the Church, with Jesus Christ as her Master and Guide, aims higher still. She lays down precepts yet more perfect, and tries to bind class to class in friendliness and good feeling. 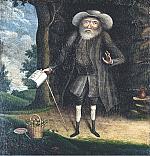