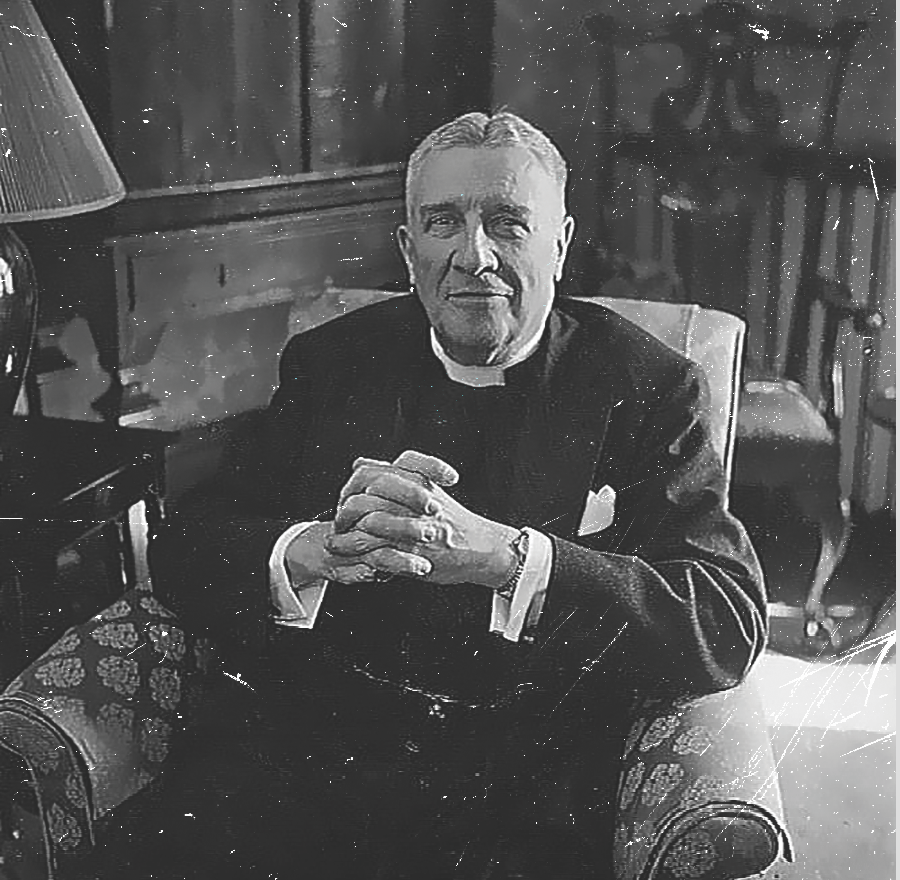 Bruce Barton (1886–1967), a successful New York advertising executive and later a US congressman, read the Bible for the first time and discovered that Jesus is not a mild, meek, domesticated God whose relevance is relegated to quiet once-a-week visits—but a strong, vibrant being who lived in the rough and tumble of daily life, assembled a management team made up of both winners and losers, and built an organization from scratch that has outlasted most other known businesses, governments, and societies.

Walter Rauschenbusch (1861–1918), a theologian and pastor for years in New York’s “Hell’s Kitchen”—at that time a particularly dangerous slum—also looked at Jesus differently than did many of his day. (In fact church leaders criticized his theology.) He, too, saw Jesus as vibrant, someone who made some rather specific demands of his followers in the here and now, asking them to exercise their faith as part of their work.

The two men operated against a background of great social and economic change. Rauschenbusch’s efforts came first: he helped spark the Protestant “Social Gospel” movement, interested in Christian approaches to social concerns. Assembly lines had created a voracious appetite for low-cost labor in urban factories, often drawing women and children into dangerous, monotonous jobs with long hours. This demand caused huge social unrest in the cities where the factories were and in the rural towns the workers left behind.

Cities did not have the infrastructure or social services to absorb the influx of workers, and the family unit was often torn apart as historic models of family farms and small family businesses were forever changed. City pastors were overwhelmed with new levels of affluence in their congregations alongside increasing levels of poverty, crime, alcoholism, hunger, and spiritual thirst in their communities.

Rauschenbusch rejected the typical concept of a good layperson as one who simply attends church, tithes, and belongs to church committees doing good works. Instead, he argued, “What we want is young men who will carry the determination to live consecrated lives into the workshop and office and clear a track for their determination by revolutionizing the conduct of business in which they are engaged.”

Rauschenbusch was far from the only person thinking about these issues. A large number of lay-led special-purpose groups sprang up to help people evangelize and live Christian lives in their workplaces. In addition writers wondered what Jesus might do faced with the workplace crises of the late 1800s.

In the man’s steps

Pastor Charles Sheldon wrote the runaway best-seller In His Steps in 1896. What began as a simple sermon series in Topeka, Kansas, asking what would happen if people really modeled their lives on Jesus turned into a mass-marketed book phenomenon. The basic thesis of the book asks, “What would Jesus do?” in response to modern issues. (Indeed, In His Steps is the literary forerunner of the modern popularity of WWJD bracelets and T-shirts.) Sheldon’s book was a wake-up call to Christian social action to transform one’s community, with particular emphasis on the workplace.

Then advertising executive Barton’s book, The Man Nobody Knows (1925), also became a best-seller. Barton, a pastor’s kid from Tennessee, grew up to become—among other things—the creator of the advertising character Betty Crocker and a prolific author. Barton bemoaned that the church had distorted the image of Jesus, portraying him as “sissified,” sorrowful, meek, and lowly; Barton’s reading of the Gospels revealed a vibrant, strong, life-enjoying, and popular leader. He noted that Jesus “picked up twelve men from the bottom ranks of business and forged them into an organization that conquered the world.”

His book sought to “tell the story of the founder of the modern business,” in hopes that “every business man will read it and send it to his partners and salesmen” as a means to spread Christian culture throughout the world. It struck a chord with those whose church experience echoed Barton’s and with those who had never considered Jesus as having any relevance to the business world.

Baptist preacher, frequent traveling lecturer, and former lawyer Russell Conwell (1843–1925) also spread a popular message in the early twentieth century. His signature speech, “Acres of Diamonds,” was given more than 6,000 times to tens of thousands of listeners. Its central theme is that wealth can be found where we are planted and not in faraway, exotic places.

Conwell argued that people ought to be rich because money has power—to pay scholarships for poor people, to build hospitals and schools, and to take care of one’s family. Faithful to his teachings, Conwell died with little money to his name, having used his fame to fund worthy causes; his interest in education for the poor led to what later became Temple University.

In the twentieth century, authors like Quaker philosopher Elton Trueblood (1900–1994) inaugurated a second “wave” of this faith at work movement. Trueblood urged people to be “full-life Christians.”

He noted that commercial travelers had formed the Gideons, many cities had associations of Christian businessmen, a society of Christian professors had been formed, and a small group of Washington, DC, legislators met regularly to pray. What all these groups had in common, he concluded, was that they came to look upon their work as a holy calling.

Trueblood wrote, “This movement is small, and seems to have little chance in a city where the normal basis of a meeting is not prayer but a cocktail party, yet it is a step in the right direction in which we must turn if our common life is to escape ultimate decay.”

Episcopal clergyman Sam Shoemaker (1893–1963) founded the magazine Faith at Work in 1956, which contained engaging stories of how businesspeople in all walks of life relied on their faith for inspiration and motivation. In 1955 he launched the “Pittsburgh Experiment” to bring the church into the workplace in a tangible way. He used space in the heart of Pittsburgh’s business district to host and coordinate a steady flow of lunches, discussion groups, and workshops for workers. So effective was Shoemaker’s work that Fortune magazine featured it in a 1953 article titled “Business Men on Their Knees.”

But this new version of the movement suffered from handicaps: its clergy-dominated nature, bureaucratic church structures, people’s tendency to equate ministry with church committee work, and some theologians’ belief that business is inherently wicked. People in the workplace, particularly in for-profit businesses, were led to conclude that participation in the marketplace is unpleasing to God, making money is evil, and life in the economic sphere is somehow intrinsically tainted.

In the last few decades of the twentieth century, these questions exploded with new urgency (see CH 110). Today there still appears to be an irrepressible urge in laity to live an integrated life—a deep desire to connect faith and work, while hoping for both personal and societal transformation. CH

David W. Miller is the founding director of the Princeton University Faith and Work Initiative where he conducts research, teaches, and hosts programs on the intersection of faith and work. This article is excerpted from his book God at Work: The History and Promise of the Faith at Work Movement.

Find more on the history of the church’s relationship with economics and the market in these resources selected by CH’s authors and editors.

The editors and issue authors