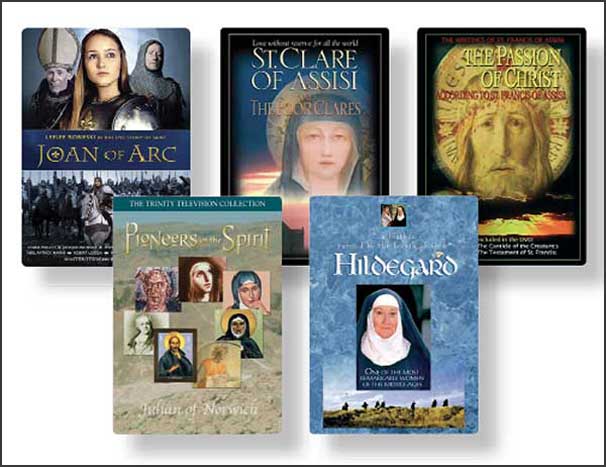 Find out more about the Beguines in Fiona Bowie, ed., Beguine Spirituality (1990); Glenn E. Myers, Seeking Spiritual Intimacy: Journeying Deeper with Medieval Women of Faith (2011); Walter Simons, Cities of Ladies (2001); and Saskia Murk-Jansen, Brides in the Desert (2004); and about the Friends of God in James M. Clark, The Great German Mystics: Eckhart, Tauler and Suso (1970).

Pseudo-Dionysius is covered in Paul Rorem, Pseudo-Dionysius: A Commentary on the Texts and an Introduction to Their Influence (1993); Andrew Louth, Denys the Areopagite (2001); and Sarah Coakley and Charles Stang, eds., Re-Thinking Dionysius the Areopagite (2009). Biographies of other people we’ve discussed include A. E. Goodman, Margery Kempe and Her World and André Vauchez, Catherine of Siena (2018).

Modern critical editions of many of the individual writings discussed in this issue are available. In particular, volumes in the Classics of Western Spirituality series cover Bernard of Clairvaux, Catherine of Siena, Catherine of Genoa, the Cloud of Unknowing, the Devotio Moderna, Pseudo-Dionysius, Meister Eckhart, Hadewijch, Richard Rolle, Henry Suso, Johannes Tauler, Mechthild of Magdeburg, and the Theologia Germanica. In each case the volume excerpts writings and gives biographical information.

Read these past issues of Christian History online. Some are still available for purchase:

• 30: Women in the Medieval Church

• 49: Everyday Faith in the Middle Ages

In addition read more about the mystics’ world of worship in our guide The History of Worship from Constantine to the Reformation. The book In Context (2012) has entries on sayings of Bernard, Julian, and à Kempis; and Great Women in Christian History (2004) has stories of Elizabeth and Hildegard. Both books are by A. Kenneth Curtis and Dan Graves. Our senior editor Chris Armstrong has authored Medieval Wisdom for Modern Christians (2016).

Videos on the theme of this issue include Hildegard; Joan of Arc; The Passion of Christ According to St. Francis; St. Clare of Assisi and the Poor Clares; and Pioneers of the Spirit episodes Hildegard and Julian of Norwich.

As always many public-domain primary source documents by people referenced in this issue can be found at the Christian Classics Ethereal Library. It’s worth checking out the Internet Medieval Sourcebook as well. (Incidentally the number of online editions of The Imitation of Christ may equal those in print!)

The University of Rochester has critical editions of many medieval English texts online, including The Book of Margery Kempe, The Shewings of Julian of Norwich, The Cloud of Unknowing, and a lot of religious poetry from this era. The Julian Centre (next door to Julian of Norwich’s cell) posts information on her. Find a short introduction to Bernard of Clairvaux at the Order of St. Benedict site and introductions to Henry Suso at numerous Dominican websites. The interreligious Meister Eckhart Society considers Eckhart mainly as a philosopher. Finally, Julia Holloway maintains an idiosyncratic but image-rich site devoted to the works of medieval mystics. CH

By The issues authors and editors