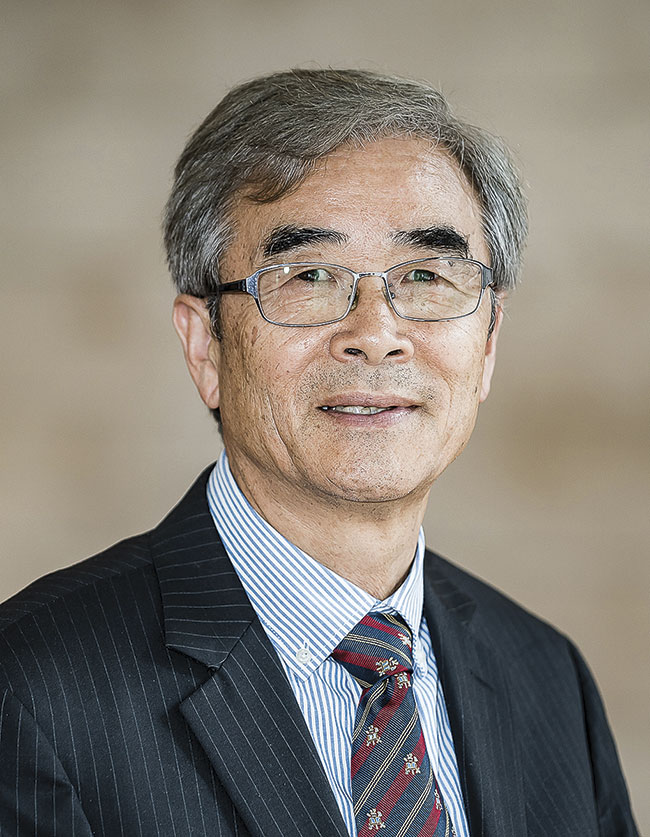 The healing revival in the Ugandan church was spinning out of control. When a woman testified to healing from a spinal complaint, a throng of joyous believers followed her, reporting physical and emotional healings. The event seemed destined to last for hours. Finally a church leader resorted to calling out general categories and asking people to raise their hands. This scene sounds like typical Charismatic movements the world over—except that it occurred in a Roman Catholic church, through the ministry of an Indian priest, during the prayer before the Eucharistic host called the Exposition of the Blessed Sacrament.

The remarkable thing about this story, reported by Kristina Cooper writing in the Tablet, is how unsurprising it is to African Christians themselves, who normally expect healing and neglect Western denominational barriers. Why should the faithful not find healing in a Catholic church, or an Anglican, or Methodist, or independent one? So central is the expectation of healing that many African Christians look with suspicion on institutions that do not offer it. If they do not find healing in one place, they will look elsewhere.

Across Africa healing was critical to the church’s break from European missionaries’ control and the spectacular rise of independent churches over the past century. One key moment came in the 1918–1920 influenza pandemic; it devastated large parts of the continent, killing millions. Disastrously for colonial prestige, advanced European medicine and science made little headway against the disease. Ordinary Africans blamed Whites for spreading it, alarming colonial administrators, and ultimately rejected their medicines (reasonably enough, as the quinine and aspirin that White doctors freely handed out were useless against this disease).

Across the continent independent and prophetic Christian movements boomed as a result: mass movements, religious risings, nationalist Christian restructuring, and visions of the Virgin Mary were all driven by hopes of healing. Religious outbreaks occurred across vast swaths of the continent with strikingly similar manifestations thousands of miles apart in utterly different settings.

Nigeria produced the very influential Aladura movement from the Yoruba word meaning “owners of prayer,” or “praying people.” Today, the Aladura label applies to a very diverse group of independent churches, united by their belief in healing and living prophecy, and flourishing wherever Nigerian migrants have spread around the world.

Because of the rapid growth of African Christianity, distinctively African ways of thinking and believing—including a healing emphasis—are becoming ever more significant to the global Christian story. Churches of this kind have exploded in Africa. They draw few distinctions between healing disease and expelling evil forces, turning in both cases to Scriptures about loosing, freeing, and release from the bondage of evil, sin, and disease.

Exorcism and healing are all but indistinguishable, and we can scarcely overstate their significance. A preacher in Ghana’s Mosama Disco Christo Church made the forthright—and not unusual—assertion: “We are all here in this church because we have found healing here. But for this church, the great majority of us here assembled would not be alive today.”

Over time such independent healing churches have often adopted Pentecostal styles and beliefs, with a similar focus on rallies, revivals, and miracle crusades that attract crowds running into the hundreds of thousands or more and have healing and spiritual warfare at their heart. Many church websites include extensive healing testimonies.

Of course different parts of Africa differ enormously in culture and faith, making generalizations difficult, and it is even more dangerous to generalize across what we know as the Global South. But churches across Africa, Asia, and Latin America do share certain common features as against the example of much of the Christian West—especially the newness of the Christian faith and an openness to Charismatic and Pentecostal worship styles. You can easily find miracle and healing crusades in Indonesia, India, and South Korea. Healing is commonly expected among ordinary house churches and congregations across India and China and a critical feature of surging evangelical and Pentecostal churches of Latin America—especially the Brazilian Universal Church of the Kingdom of God, Igreja Universal do Reino de Deus, which boasts eight million members worldwide.

Globally, healing frequently forms part of narratives of conversion and salvation. Wonsuk Ma reports that in one tribal community in the Philippines, an evangelist told of a new convert:

A neighbor quietly asked him if this new God could heal his dying child. [He] laid his hand upon the motionless baby and prayed in the name of Jesus who had given life to her. The next Sunday, the entire family, with the now recovered baby, joined the church. . . . Villagers regularly asked him to pray for the sick, and most of them were healed miraculously. About 15 years later, everyone in Papasok serves this new God who can heal the sick.

Euro-American observers have sometimes argued that global Christian churches are borrowing too extensively from older pagan and primal healers. Or else, they say, belief in healing reflects a lack of education and will fade away as Christian congregations become more sophisticated. Yet at least some North American churches, especially independent congregations affiliated with the New Apostolic Reformation, make parallel claims with the same scriptural texts (such as John 10:10, James 4:2, Mal 3:10, and Jer 29:11) to declare that believing Christians are entitled to worldly prosperity, health, and well-being.

Churches and leaders in the Global North and South have in fact learned from and influenced one another substantially. Superstar European evangelists like Reinhard Bonnke (1940–2019) have recently attracted huge audiences for crusades, especially in Africa; but that is a very long-standing pattern. The Zion Christian Church (ZCC), several million strong, owes its origins not to African primal religion, but to Christian ideas born in Scotland—the healing and prophetic movement formed in the late nineteenth century (see pp. 29–31) by John Alexander Dowie.

Influences also spread from South to North. At the beginning of the twenty-first century, Nigerian-born Sunday Adelaja (b. 1967) founded one of Europe’s largest congregations in Kiev, Ukraine. The church’s website shows countless testimonies of healing, including from cancer and AIDS; virtually all the believers involved are White and mainly Slavic, as are most of Adelaja’s congregation.

Nor can anyone assume that a willingness to accept healings is due to the supposed primitivity of Global South nations. Skeptical African governments have tried to limit the spread of seemingly extravagant healing claims, and in doing so, they have raised challenging legal dilemmas. In 2004 Nigeria’s National Broadcasting Commission tried to prohibit anyone showing “unverifiable” miracle healings on television. The problem was obvious enough, in that it required proof of miracles, and the regulation was withdrawn. Similar efforts have followed elsewhere, usually following a media exposé of some egregious piece of confidence trickery. In South Africa one small church was banned from making advertisements that showed discarded canes and crutches.

Claims that spiritual healing combats physical disease are much in evidence during pandemics such as SARS in 2003, Ebola in Africa in 2014, and of course the coronavirus pandemic. When COVID-19 first struck, enthusiasts for the traditional “plague psalm,” Psalm 91, called 91 a sovereign antidote to 19. One Ghanaian cleric was encouraged by reversing COVID-19 to read “Psalm 91 Destroys Influenza Virus Outbreak Completely.” That “providential palindrome” has surfaced with amazing regularity in healing-oriented churches worldwide. In Brazil COVID-19 spawned a national crisis as many evangelical and Charismatic churches staunchly opposed attempts to limit public gatherings, including of religious congregations. President Jair Bolsonaro (b. 1955) strongly supported those churches as a Catholic firmly allied with the most conservative and healing-oriented Protestant denominations.

While these very strong beliefs about healing and exorcism in Global South churches often strike Euro-American scholars as peculiar and difficult to understand, the believers in those churches see no mystery whatsoever. These ideas are a core component of the Scriptures, and especially the stories of Jesus himself (pp. 12–15). Why, they often ask, do so many Global North churches fail to grasp such a fundamental point? Have they never read the Gospels and the Book of Acts? CH

‘‘ A. . . mother. . .brought her small daughter, Rebekah, to Afua Kuma for prayer. The little girl had died, and the mother had already taken her to two different fetish priests. These priests each had declared her dead and said they could not do anything to help her. In desperation, she brought the little girl to Afua Kuma, who, together with her son Emmanuel, daughter Janet, and Emmanuel’s wife Jane, all prayed over the child. Afua Kuma had a large sheep in her yard, and they suddenly heard a loud noise. They went outside to investigate and discovered that the sheep had fallen over dead, while in the same moment, the little girl was resurrected! They still call her ‘Resurrected Rebekah.’ I met her as we walked through the family’s neighborhood.’’

Philip Jenkins is professor of history at Baylor University and author of over 30 books including The Lost History of Christianity and The Next Christendom. 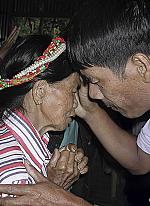