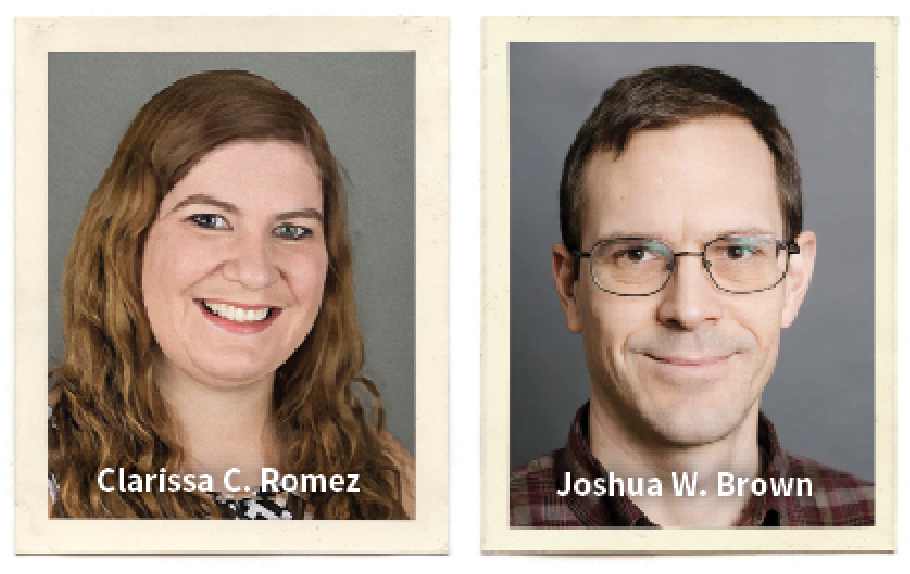 Can the power of healing through prayer be proven empirically? Joshua W. Brown, professor of psychological and brain sciences at Indiana University and chair of the Global Medical Research Institute, and Clarissa C. Romez, research assistant at GMRI, shed light on the history of scientific studies on the power of prayer in healing and how Christian scientists study healing prayer today.

CH: How did the scientific study of prayer develop?

GMRI: In the late nineteenth century, an antimedical and an antiscientific stance pervaded healing movements. Alexander Dowie (pp. 29–31), for example, recommended that people stop taking their medications to receive prayer and was arrested on the charge of “practicing medicine without a license.” Over the following decades, this stance gradually softened to the point that healing evangelist Oral Roberts (1918–2009) built both a hospital and a medical school starting in the late 1970s (see an image on p. 1 in the pdf or printed magazine). This broader harmonization paved the way for recent medical and scientific studies on prayer.

In the early 1970s, doctor Richard Casdorph investigated miracles associated with Kathryn Kuhlman’s ministry (see pp. 38–40). He reasoned that if God is really healing people, that would stand up to scientific scrutiny, and he documented 10 accounts of miraculous healing of severe, disabling, or potentially fatal diseases.He established a protocol for research based on criteria from the famed shrine of Our Lady of Lourdes in France: a medical authority had to verify that the individual had the disease and also verify the healing through physical examination and, where necessary, laboratory studies.

In the following decade, doctor Rex Gardner also investigated miraculous healing of organic diseases that could not be explained medically and that were preceded by prayer in the name of Jesus. (In his opinion medical doctors are harder to convince of a miracle, as miracles go against the profession’s foundational assumption of scientific naturalism—but he also noted that medical practice is always changing as research produces new data.)

In one study the patients were prayed for, but not in person, so they were not necessarily aware of the prayers. This distant intercessory prayer was associated with lower coronary unit scores suggesting that prayer could be a beneficial addition to medical care. Another similar study with distant intercessory prayer—specifically for an uncomplicated recovery after surgery—showed no effects, but certainty of receiving prayer was associated with a higher incidence of complications.

This latter study may lack validity, as the intercessors themselves did not believe in healing, but it led to a renewed skepticism regarding the benefits of prayer, such that the gold-standard Cochrane review (a systematic assessment of high-quality scientific research) discouraged further research.

In 2012 Candy Gunther Brown published Testing Prayer, a comprehensive analysis of medical and sociological effects of healing prayer, as well as the theological and practical issues involved. She included original studies of prayer for healing of vision and hearing impairment after prayer by Heidi Baker in Mozambique (see p. 59), showing dramatic improvements in both, as well as a number of individual cases of dramatic healing with accompanying medical records.

CH: Could you explain the work you do at GMRI?

GMRI: In 2011, in part inspired by the research culminating in Testing Prayer, we as a group of scientists and doctors formed GMRI as a nonprofit research institute with the aim of applying careful scientific and medical research to healing testimonies from Christian ministries around the world. It includes scientists and medical doctors with a range of specialties who find no theological or philosophical conflict between science and faith.

On the philosophical front, claims of miraculous healing are empirically testable—it is simply a question of whether a disease was cured immediately following prayer despite no medical hope of a cure. This question can be answered without prior assumptions for or against a naturalistic (i.e., nonsupernatural) worldview.

On the theological front, we find a precedent in Luke 17:14 where Jesus tells the lepers to show themselves to the priests. We understand this as a theological endorsement of providing evidence of healing to the cultural authorities. In the first century, that was the priest; today the cultural authority to verify healings rests with doctors and scientists. In our view scientific and medical research can and should identify cases where remarkable, medically unexplainable healings have occurred through prayer.

GMRI focuses on publishing evidence regarding healings, and we leave it to the reader to interpret the philosophical and theological significance of our findings. We mostly focus on retrospective studies of individual healings, though we are also pursuing clinical trials of prayer effects (see "sidebars" below). We also periodically collaborate with filmmakers, as we did for the documentary Send Proof.

By researching case reports, we illuminate healing experiences that have already happened; looking at them collectively, we can better understand scenarios in which proximal (nearby in time or place) intercessory prayer is associated with healings. We can ask questions regarding whether intercessors who have professed being “born again” or “spirit-filled” Christians, or have faith in healing, are more likely to experience better outcomes.

CH: How do you research cases?

GMRI: Researching case reports of miraculous healing is lengthy, daunting, and exciting. It requires collaboration among a team of researchers, medical doctors, physical therapists, philosophers, theologians, and the patients themselves. We face many challenges. First, many claims of healing lack sufficient medical documentation. This does not mean that a healing did not occur, but rather that we cannot document it with the highest standards of medical evidence.

Second, those healed are often reluctant to give us access to their medical records. We do our best to protect and respect our research subjects and maintain confidentiality. Still, we have had to stop investigating a number of promising cases simply because subjects would rather not revisit a darker chapter in their lives, or are concerned about unwanted publicity, or do not want to stop receiving disability benefits because of their healing.

Third, physicians are often reluctant due to liability issues; doctors may be open to charges of misdiagnosis or malpractice if follow-up tests disprove a former diagnosis of an incurable disease. We may review thousands of cases to publish a single article. However, we and others continue to investigate claims of miraculous healings through prayer, and we anticipate that a steady stream of peer-reviewed case reports and clinical trial results will continue to provide the basis for fruitful discussion. CH

At birth a baby’s parents grew concerned that he could not keep any food down. Diagnosed with a paralyzed stomach, he depended on feeding tubes for the first 16 years of his life. In 2011 the family went to a service at a Pentecostal church led by a healing evangelist who shared testimonies and prayed for the teenager. As he did, the boy felt an electrical shock in his right arm going through his stomach (as if, he said, God was “jump-starting” his stomach.) He was able to eat the first full meal of his life without any complications.

Doctors removed the tubes after three months of his tolerating food, and he remains healed. The findings were published in Complementary Therapies in Medicine. Prior to the healing, the teen and his family believed that miracles happened in biblical times, but not in the present.

A young woman went blind at 18 years of age from juvenile macular degeneration, which does not heal on its own. She attended a school for the blind, learned to read braille, walked with a cane, and remained blind for over 12 years. One night before going to bed, her husband prayed for her, saying, “Oh, God! You can restore [X’s] eyesight tonight, Lord. I know You can do it! And I pray You will do it tonight.” After the prayer his wife opened her eyes and was able to see her husband kneeling in front of her. Medical records after the prayer show an uncorrected visual acuity of 20/100 in each eye and corrected VAs of 20/30 to 20/40. Images of the back of her retina showed the original damage to her eyes no longer present. To date her eyesight has remained intact for 47 years. These findings have been published in Explore: The Journal of Science & Healing.

By Joshua W. Brown, Clarissa C. Romez, and the editors

Joshua W. Brown is professor of psychological and brain sciences at Indiana University and chair of the Global Medical Research Institute and Clarissa C. Romez is a research assistant at GMRI.

How the Bible has formed the American church