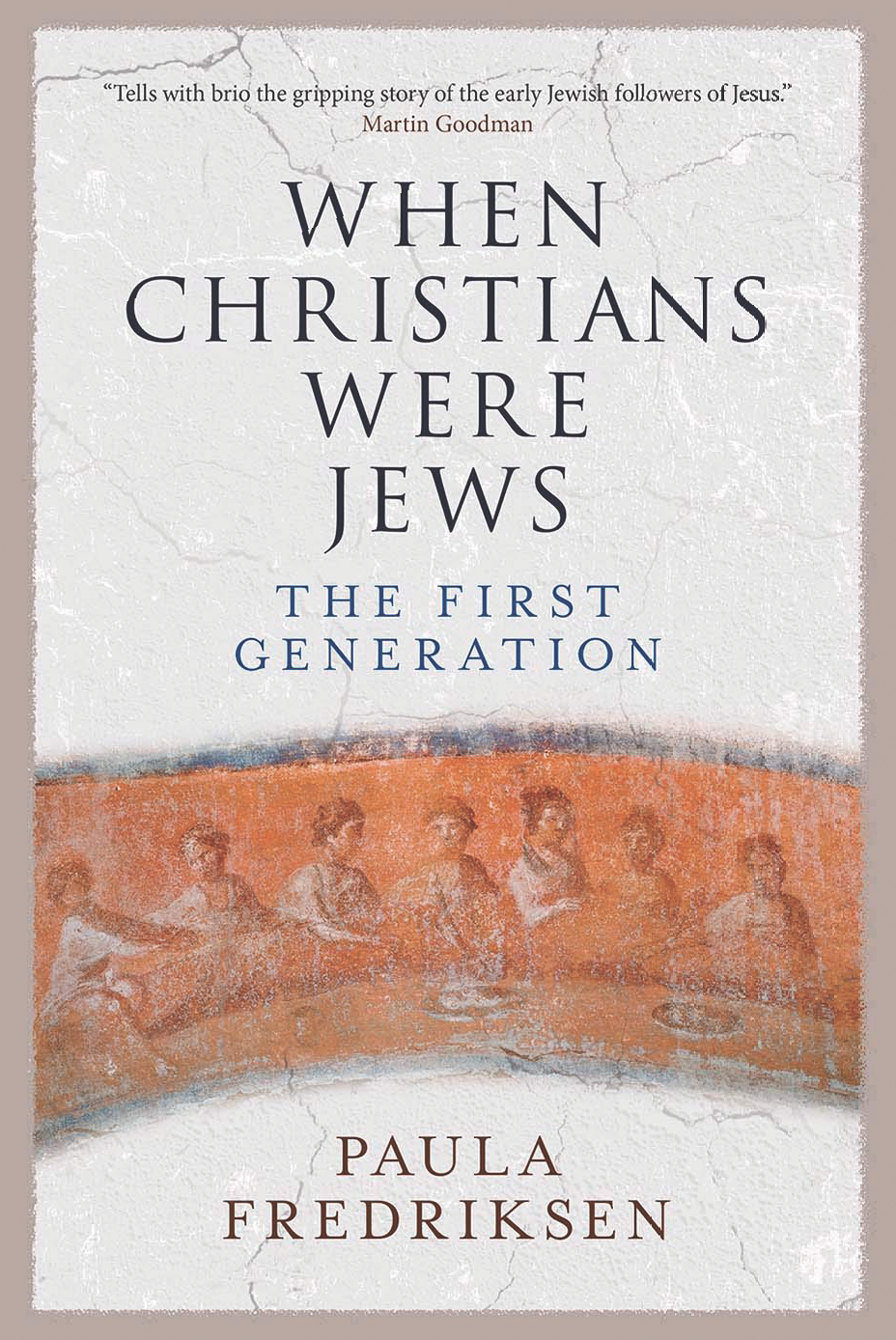 For the medieval period, consult Jeremy Cohen, The Friars and the Jews (1982), Living Letters of the Law (1999), and Sanctifying the Name of God (2013); Benzion Netanyahu, The Origins of the Inquisition in Fifteenth Century Spain (1998); Steven McMichael and Susan Myers, eds., Friars and Jews in the Middle Ages and Renaissance (2004); Miri Rubin, Gentile Tales (2004); Jonathan Elukin, Living Together, Living Apart (2007); and Sara Lipton, Dark Mirror (2014).

Studies of Jews and Christians from the Reformation through the nineteenth century include Robert Chazan, ed., Church, State, and Jew in the Middle Ages (1979); Heiko Oberman, The Roots of Anti-Semitism (1984); R. Po-chia Hsia, The Myth of Ritual Murder (1990); Anna Sapir Abulafia, ed., Religious Violence Between Christians and Jews (2001); Shmuel Feiner, The Jewish Enlightenment (2011); Debra Kaplan, Beyond Expulsion (2011); E. M. Rose, The Murder of William of Norwich (2015); Dean Phillip Bell and Stephen Burnett, eds., Jews, Judaism, and the Reformation in Sixteenth-Century Germany (2016); Kati Ihnat, Mother of Mercy, Bane of the Jews (2016); Thomas Kaufmann, Luther’s Jews (2017); and Kenneth Austin, The Jews and the Reformation (2020). Read more about the ghetto in Riccardo Calimani, The Ghetto of Venice (1987).

The books about the Holocaust recommended in CH issue 121 are all helpful. Most relevant here are Doris Bergen, Twisted Cross (1996); Robert Ericksen and Susannah Heschel, eds., Betrayal (1999); Susannah Heschel, The Aryan Jesus (2008); Kevin Spicer, Hitler’s Priests (2017) and (as ed.) Antisemitism, Christian Ambivalence, and the Holocaust (2007). In addition, look at David Kertzer, The Popes Against the Jews (2001); Maria Mazzenga, American Religious Response to Kristallnacht (2009); Christopher Probst, Demonizing the Jews (2012); and the famous Holocaust memoirs The Diary of a Young Girl by Anne Frank (1952); Night by Elie Wiesel (1960); and The Hiding Place by Corrie ten Boom (1971). One survey of anti-Semitism throughout history is David Nirenberg, Anti-Judaism (2014).

On Christian Zionism, consult Yaakov Ariel, On Behalf of Israel (1991); Timothy Weber, On the Road to Armageddon (2004); Uri Bialer, Cross on the Star of David (2005); Stephen Spector, Evangelicals and Israel (2008); Shalom Goldman, Zeal for Zion (2009); Donald Lewis, The Origins of Christian Zionism (2010); Robert Smith, More Desire than Our Owne Salvation (2013) and, as editor with Göran Gunner, Comprehending Christian Zionism (2014).

For Messianic Judaism, look at Yaakov Ariel, Evangelizing the Chosen People (2000) and An Unusual Relationship (2013); and David Rudolph and Joel Willitts, Introduction to Messianic Judaism (2013). Some books on Jewish-Christian dialogue include Jacob Neusner, A Rabbi Talks With Jesus (1993); Carl Braaten and Robert Jenson, eds., Jews and Christians (2003); and Michael Wyschogrod, Abraham’s Promise (2004).

Read these related issues of Christian History on our website. Some are still available for purchase.

• 27 Persecution in the Early Church

• 37 Worship in the Early Church

Videos on the theme of this issue include The Courageous Heart of Irena Sendler, The Cyrus Call, Hidden Heroes, The Forsaken Promise, Hidden in Silence, The Hiding Place, Jesus: The New Way, The Jewish Foundation of Christianity, The Jewish Roots of Christianity, Memory After Belsen, Passover, The Wannsee Conference, and Yeshua.

The Jewish Encyclopedia is an early 1900s publication which, for its time, is remarkably complete. The Jewish Virtual Library also contains a number of texts and articles. Both of these assume a Jewish audience. Many large scholarly libraries at universities have sites devoted to Jewish studies; although some resources are only open to their students and faculty, they often post online exhibits and bibliographies for the public. You can start by checking out resources at the University of Michigan, Yale, Harvard, and the University of Pennsylvania. “Digital Judaica” at the Association for Jewish Studies links to many other sites. Finally, the online sites of The United States Holocaust Memorial Museum and Yad Vashem: World Holocaust Remembrance Center are well worth consulting. C H