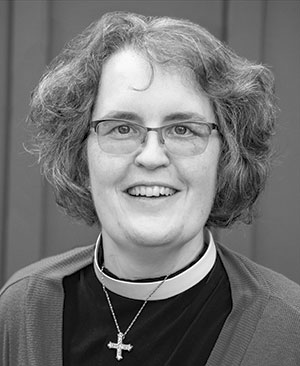 When I was 50 years old, I fell in love with Erasmus.

I’d known about him ever since I started studying church history, of course. I would have been able to tell you that he lived in the sixteenth century, that he was a humanist involved in the northern Renaissance, that he disagreed with Luther, and—thanks to a great article about him by David Fink in our issue #115 on the beginnings of the Protestant Reformation—I could tell you a little bit about the famous New Testament that Erasmus edited and published and the critiques he made of the Catholic hierarchy.

But other than the odd quote in an article here and there, and the slightly inaccurate Erasmus quotation that appears on bookish trinkets everywhere (see our “Did you know?,” inside front cover), I had never actually read any Erasmus until we began this issue.

I’m not sure whether I expected ponderous theology or perfectly balanced sixteenth-century rhetoric or Luther-like passionate denunciations. What I actually got, quite unexpectedly, was humor—not belly laughs, but a light, ironic, witty skewering of the pompous and hypocritical that sent me to Google asking, “Are Erasmus’s Colloquies supposed to be funny?” (The answer, from both Google and my friends, was “Yes.”) The more I read, the more I came to appreciate both Erasmus’s deep and sincere faith and his ability to make the reader smile even as he judged the reader’s hypocrisies.

Beyond a road not taken

I realized that there was so much more to Erasmus than simply a reforming road not taken—although, as we discussed in #115, that is part of the story. As this issue demonstrates, you can fruitfully talk about Erasmus the church reformer, but also about Erasmus the biblical humanist and about Erasmus the faithful Catholic. You can follow him on his continued journeys around Europe as he built up a network of friends and patrons; he was a forerunner of today’s great troop of “alt-ac” PhDs with academic training but no academic institution to call home.

You can observe him, with the help of friendly printers, become a one-man publishing operation with a far-reaching audience—a forerunner again, but this time perhaps of today’s Instagram influencers. You can see his concern for how we educate the young and how we use our words wisely and well.

In all of these ways, Erasmus has much to say to us today, and it’s long past time he headed up a Christian History issue. But I was most moved and surprised by something else entirely. I’ve always lived in the tension found in Mark 9:24 (where a father seeking healing for his son cries out to Jesus, “I believe; help my unbelief!”). If a question about faith is to be asked, I’ll ask it; if a hypocrisy needs puncturing, I’ll puncture it; if those in authority need to be second guessed, I’ll second guess them. In Erasmus I see someone who did all that and loved Jesus too.

At the end of Praise of Folly, Erasmus makes a statement that’s probably intended to be funny (you can read the whole passage on p. 19). But it also made me cry, as I watched a man who made his living by wisdom humble himself before the foolishness of Christ:

And Christ himself, that he might the better relieve this folly, being the wisdom of the Father, yet in some manner became a fool when taking upon him the nature of man, he was found in shape as a man; as in like manner he was made sin that he might heal sinners.

Nor did he work this cure any other way than by the foolishness of the cross and a company of fat apostles, not much better, to whom also he carefully recommended folly but gave them a caution against wisdom and drew them together by the example of little children, lilies, mustard seed, and sparrows. . . .

With Erasmus, I’m going to follow the Christ of lilies and sparrows. How about you? CH

Getting to know Erasmus

Everything old is new again

Select excerpts from writings of Erasmus

Erasmus as writer and publisher 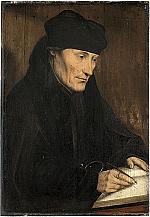