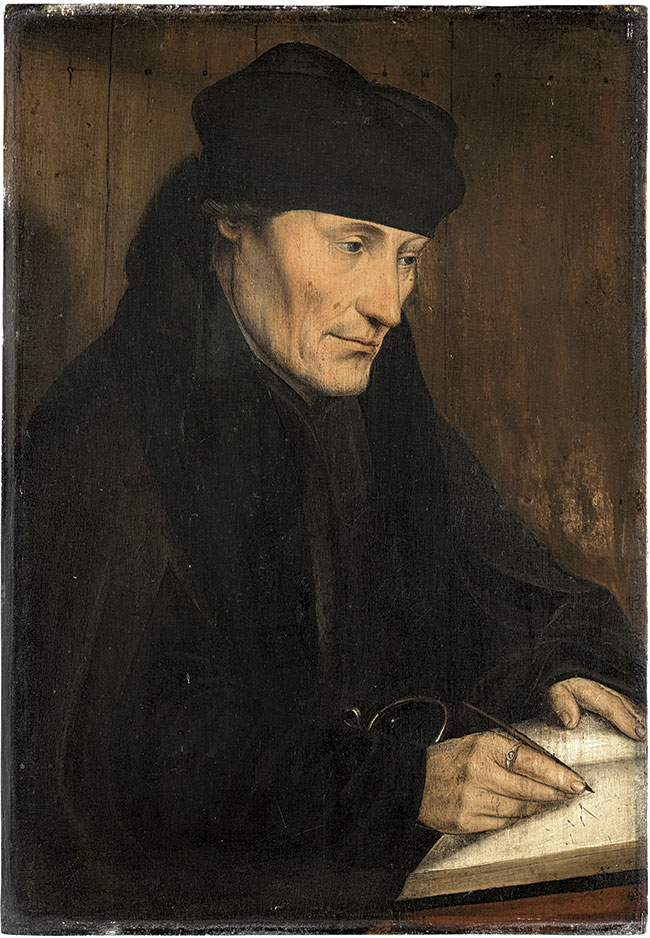 If you know Erasmus at all today, you probably know him by his picture, especially famous portraits by Quentin Matsys (1466–1530), Albrecht Dürer (1471–1528), and Hans Holbein the Younger (c. 1497–1543). The inscription in Dürer’s copper engraving professed that Erasmus’s writings would show a better image. Dürer was right.

Erasmus was well aware of his own fame as a writer—and his own flaws. The Catalogue of All the Works of Erasmus of Rotterdam, published in 1523, doubled as a letter to German humanist and canon lawyer Johann von Botzheim (1480–1535). Overwhelmed by his friend’s many publications, Botzheim had requested a list of all Erasmus’s writings. Erasmus later revised and published the letter in 1524 as the New Catalogue of his works. Ironically the new publication reinforced Botzheim’s original complaint. “You complain,” Erasmus observed,

that from time to time you have to buy the same book twice, when it has been either refurbished or enlarged or revised. You ask me therefore to make a list for you of all the trifles I have published (for that is a truer word for them than books) and to indicate which of them have received my final version, so that nothing may escape you which you do not possess, and at the same time you may buy nothing which you will soon be obliged to acquire in a new form.

Erasmus tended to rush into print. He wrote without interruption until the end, “and I have never been able to stomach the tedium of revision,” he admitted; so after publishing a book, he was “sometimes obliged to refurbish the whole thing from top to toe.” He also identified in deep ways with his writing. “As long as we live,” he wrote, “we are always devoted to self-improvement, and we shall not cease to make our writings more polished and more complete until we cease to breathe.”

He aimed to persuade Botzheim that buying “the same book so often” was worth it. Imagine, he said, that his Adages, ancient Greek and Latin proverbs with commentary, had just appeared in print. (The first version had appeared over two decades before, and Erasmus would produce eight more ever-expanding editions; at this point he was up to the fifth.) Imagine Erasmus had died immediately after the first edition of the Adages, Erasmus challenged his friend. And what if some years later he rose from the dead with a revision of the book that was “better and fuller”? “Would you regret,” he asked Botzheim, “what you had spent, or would you be delighted to see again both your friend and his immortal work?” The answer, he thought, should be obvious.

No doubt the close bond between his texts and his inimitable self generated Erasmus’s irritability toward those who tampered with another flourishing project: his Colloquies (see p. 15). These dialogues, designed to teach schoolboys polished Latin and proper morals, grew in boldness as they satirized contemporary religious devotions. By 1524 Erasmus had published the eighth edition (of an eventual 15). Meanwhile an “impostor” published a disfigured version in Paris at the end of 1523. With his deletions, insertions, and other alterations, the counterfeit Erasmus “had no misgivings as he plaited his homespun blossoms into my garland,” the real Erasmus complained to Botzheim.

Through writing Erasmus nurtured the relationships that funded his publications, both socially and financially. He dismissed as “unfair” critics who found fault with editorial blunders; Erasmus compared them to someone “who has a full larder and gives nothing to his starving friends” in contrast to a person “who freely and openly brings out what he has and would gladly give them better cheer if he could.”

Friends and patrons received the bounty of Erasmus’s capacious literary larder—and often provided influence and networking in return. His first collection of proverbs was dedicated to courtier and humanist scholar William Blount, fourth Baron Mountjoy (c. 1478–1534)—signaling that Erasmus held no grudge against his English friends for the confiscation of almost all his money by customs agents at Dover when he sailed from England in January 1500.

A few years later, the wife of a friend—the friend being a “spendthrift” and an adulterer “but in other respects a pleasant companion in every way”—persuaded Erasmus to “write something that might get a little religion” into her husband. Thus was born the Handbook of a Christian Soldier (1503), Erasmus’s first notable book. It promoted a learned Christian piety, detailing moral and spiritual warfare, not military.

In 1512 Erasmus dedicated On the Abundance of Words and Things—a humanist textbook on Latin style—to John Colet (1467–1519), dean of St. Paul’s Cathedral in London. In 1514 he published a short verse catechism for the boys of St. Paul’s School, which Colet founded in 1509. In admiration, and in expectation of Erasmus’s coming works, Colet proclaimed in 1516: “The name of Erasmus shall never perish, but you will win for your name eternal glory, and as you toil in Jesus, you will win for yourself eternal life.”

Erasmus’s dedications show him moving among the movers and shakers of his day, and more than holding his own. The final pages of his Catalogue defend any financial gain from dedicating publications to the high and mighty. Princes and prelates did not always open their purses; Erasmus maintained that in some cases his dedications paid a debt of gratitude. He was “not angling for spoils.” Wealthy friends of stature made up the shortfall: “What they give me they say they spend, not on Erasmus, but on the cause of learning in general.”

In 1516 Erasmus dedicated his New Testament to Pope Leo X (1475–1521) and his edition of Jerome to Archbishop William Warham of Canterbury (c. 1450–1532). In 1506 Warham had rewarded the dedication of the translation of Euripides’s tragedy Hecuba with a small sum of money, but in 1512 Warham bestowed on him the rectory of Aldington in Kent. Appointed an honorary councilor to future Holy Roman Emperor Charles V, Erasmus dedicated to him the Education of the Christian Prince. Jean Le Sauvage, Charles’s chancellor, suggested that Erasmus write The Complaint of Peace (1517) in support of peace in the Low Countries between the Habsburg dynasty and France. When Erasmus declined a church appointment in return for the dedication, Philip of Burgundy (1464–1524), bishop of Utrecht, gave him “a ring with a sapphire mounted in it.”

However, Erasmus’s political and ecclesiastical networks could not shield him from attack. Forbidden by papal decree to publish against Erasmus, Spanish theologian Diego López de Zúñiga (c. 1470–1531) simply waited for Popes Leo X and Adrian VI to die before publicly attacking him in The Blasphemies and Impieties of Erasmus of Rotterdam (1522). Zúñiga’s writing revealed his character, Erasmus said, as “boastful, shameless, stupid, a great admirer of his own perfections, and a bitter controversialist.” By contrast Erasmus presented himself as reluctant and moderate. Yet he could be as easily provoked and as prickly as his opponents.

Again and again he responded to Catholic theologians, including Zúñiga, who objected to his philological conclusions and emendations to the text of the New Testament. Eventually he wrote his Clarifications (1532) against censures by the faculty of theology at the University of Paris. The first Catholic attacks coincided with the emergence of what Erasmus called the “Lutheran tragedy.”

Erasmus insisted he was not the fount of Martin Luther’s ideas or of what he denounced as Luther’s paradoxes. He published A Discussion of Free Will, reasoning with Luther, in 1524. Luther responded with the impassioned The Bondage of the Will (1525). Erasmus listed the Discussion in his New Catalogue as an apologetic work. It was too early to assess its effect, but he bemoaned an earlier tangle with Protestant controversialist Ulrich von Hutten (1488–1523), whose Quarrel with Erasmus of Rotterdam had appeared in 1523, shortly before he succumbed to syphilis. Hutten accused Erasmus of betraying Germany’s cause in the battle against papal tyranny.

Erasmus called Hutten “a friend turned all at once into an enemy” and maintained: “No one ever attacked me with more hostility than he.” His Sponge to Wipe Away Hutten’s Aspersions appeared shortly after Hutten’s death. In it he protested to Botzheim about Hutten,

I never cast in his teeth that lascivious living which not even his pitiful disease could teach him to abandon, nor the gaming and the wenching, the bankruptcy brought on by his extravagance, the massive debts, the disappointed creditors.

The controversy with Hutten opened a new, Protestant polemical front. Erasmus claimed that some “who falsely boast themselves to be champions of the gospel” aimed “to overwhelm me with frenzied pamphlets to stop me making any move against Luther.” Offended by Luther’s polemic, Erasmus counterattacked with a two-volume treatise of rebuttal (1526–1527), A Warrior Shielding a Discussion of Free Will against the Enslaved Will by Martin Luther.

Almost 40 years earlier, in 1496, Erasmus had inaugurated his literary career as a Parisian university student—with poetry, a favorite genre among humanists. This poetic muse accompanied him throughout his life. In 1512, on a visit to the Marian shrine in Walsingham, he left a votive gift of verse in Greek. “All hail,” he began, “blessed mother of Jesus, unique among women as the virgin mother of God.” Pilgrims came with costly gifts and pressing demands, he wrote,

But as for me, a poet well disposed though poor, now that I have brought verses—for that is all that I have—in return for this humblest of gifts, I beg you for the greatest boons: a devout heart, completely free for once from sin.

His epitaph for Ulrich Zasius, a humanist law professor at the University of Freiburg, told students: “If you constantly turn [the pages of Zasius’s works] with your hands and read them often with your eyes, in them the best part of the man will always breathe and speak.” Erasmus repeated this belief in the power of the written word in his Jerome edition:

If a man had lived in familiar converse with Cicero (to take him as an example) for several years, he will know less of Cicero than they do who by constant reading of what he wrote converse with his spirit every day.

Restoring Christ to us

Similarly in his New Testament edition, Erasmus aimed to make Christ come alive for readers. He wondered in the opening “Exhortation” why Christians sought to learn about Christ from human sources instead of from the Gospels, where he “lives even now, breathes and speaks to us, I might almost say more effectively than when he lived among men.” The Gospels show “Christ to us so completely and so vividly that you would see him less clearly should you behold him standing before your very eyes.”

And what image of Erasmus do his books show? They cohere with the portraits of Erasmus as a solitary scholar—always writing, always improving. But the portraits miss the relationships he formed, the cost of toil and harassment, and the diversity of his inventory. The library Erasmus produced fashioned him into the paragon of Christian scholarship: humanist pedagogue, collector of proverbs, correspondent, translator of the classics and of the Greek church fathers, promoter of piety, philological editor and paraphrast of the New Testament, exegetical and theological controversialist, and editor of the church fathers. By reading Erasmus, you learn to hear him speak as he reveals himself. CH

Hilmar M. Pabel is professor of history at Simon Fraser University, author of Conversing with God and Herculean Labours, editor of Erasmus’ Vision of the Church, and coeditor with Professor Mark Vessey of Holy Scripture Speaks. All quotations are from the Collected Works of Erasmus.

How he stacked up against other reformers 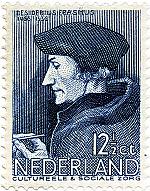 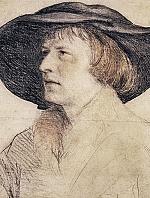